‘Titanic’ Will Screen Aboard the Queen Mary 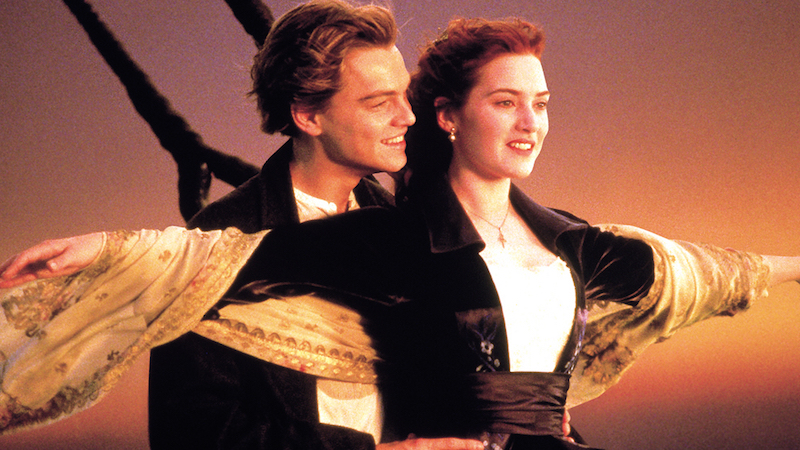 What could be more romantic than watching two ill-fated lovers on a boat while you are also on a boat? Alamo Drafthouse and Rolling Roadshow will present a screening special of Titanic aboard the Queen Mary on Saturday, April 21.

As you may recall, James Cameron’s doomed romance came out in 1997, sweeping the Academy Awards with 11 wins and ensuring that everyone heard Celine Dion’s “My Heart Will Go On” nine times a day for several months. But what does the Queen Mary have in common with the Titanic? The answer is Cunard-White Star Line, Ltd., a British shipping line formed by the 1934 merge of rival companies Cunard and White Star.

RMS Titanic was operated by White Star Line in 1912, long before the merge with Cunard. At the time, people famously called the beautiful ship unsinkable. However, on her maiden voyage from Southampton to NYC, she collided with an iceberg, killing over 1,500 passengers.

The Queen Mary took her maiden voyage with the line in 1936 before serving as an Allied vessel in WWII. She retired in 1967 and has been permanently moored in Long Beach since.

At the April 21 screening, guests are invited to take a self-guided tour of the Queen Mary between 3 and 7 p.m. Guests may also want to swing by the ship’s museum, where a movie ticket includes access to Titanic: Artifacts & Images from a Legendary Time. The exhibit was curated by historians Daniel Klistorner and Steve Hall and, according to a release, contains several rare photographs and a collection of more than 150 artifacts related to the disaster.

The film kicks off at 8 p.m. Dinner and drinks are not included in the ticket price, but can be purchased onboard.

If you’re more interested in ghost than love, the Queen Mary has announced they’re renting out their ‘most haunted’ cabin, Stateroom B340, starting Friday, April 13. More info on that here.