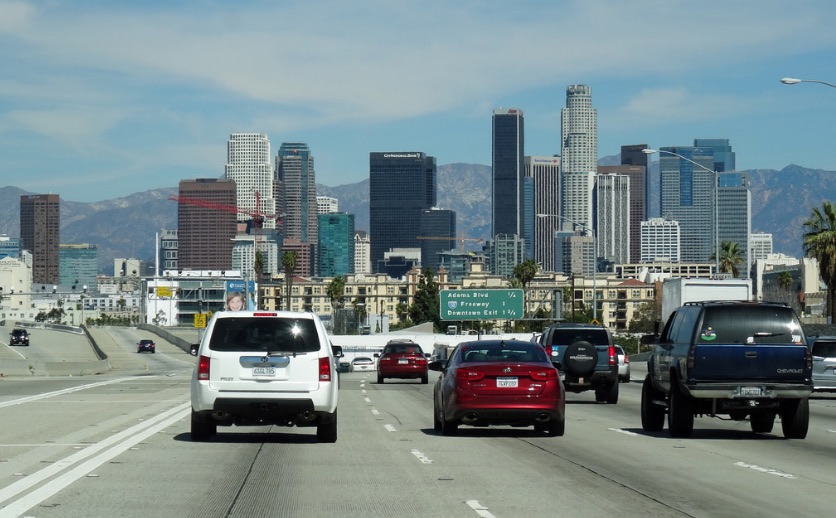 A new Uber service is launching in Los Angeles today. It’s called Uber Express Pool, and it works by asking pool riders to walk to and from nearby pick-up and drop-off locations.

The POOL option already offers lower prices to riders who are willing to share their ride with other passengers. This typically takes a bit longer, as drivers take brief detours to pick up and drop off other riders along the way.

Express Pool seeks to streamline that process. Here’s how it works:

In the Uber app, Express POOL will appear as an option on the slider next to POOL. Choose Express Pool, then call for a ride. Within a few minutes, the app will assign you a driver and that driver’s ETA, just like with a standard uberX ride. However, the app will also provide you with walking directions to a nearby location where you will meet your driver. When your driver arrives, you’ll get in a car that may or may not contain other Express Pool passengers. When you get close to your destination you’ll be assigned a drop-off point and provided with walking directions from that spot to your final destination.

Ideally, this ride will be faster than your typical POOL ride because the driver is picking up and dropping off passengers stationed along the route. Uber also estimates that an Express Pool rides is 50 percent cheaper, on average, than POOL and as much as 75 percent cheaper than uberX.

This is potentially an ideal situation for commuters who regularly rely on ride sharing services to get to and from work, or for people going for a night out who don’t mind a brief walk.

It could also potentially alleviate some of POOL’s problems, such as an anecdote published in Motherboard in which a POOL passenger and their driver spent 40 minutes looking for another passenger who was seemingly lost “somewhere between a road closure and his hotel.” The author finally snapped, using the driver’s speakerphone to ask the passenger why he couldn’t just walk to a nearby gas station.

Uber first launched this service in San Francisco and Boston in late 2017. The service launches in San Diego, Denver, and L.A. today, while Miami, Philly, and D.C. will get it tomorrow.

Of course, there’s another service that already functions very much like Uber Express Pool: the Metro system, where standard fare is always $1.75, with free transfers within two hours. It may not always be as reliable as calling a car, but it’s pretty cheap!