13 Unusual Things To Do Around L.A. If You’re Tired of the Same-Old Same-Old

One of my favorite aspects of Los Angeles is that if you want to do things that are totally outside the box, there’s no limit of options for you to undertake. In fact, forget the box. There is no box!

I mean, going to LACMA because it’s free after 3pm or seeing a show at the Hollywood Forever Cemetery is great, but don’t we all crave something that goes beyond the surface level ‘exploration’ of L.A. culture?

In other words, experiences that are new, exciting, enriching, or, in some cases, just kind of weird.

If you want to get a feel for the sheer variety of what’s available to do in L.A., I figure the activities below are as good to start with as any. And if you don’t like them, well, there’s plenty more to be found to help make your own list. 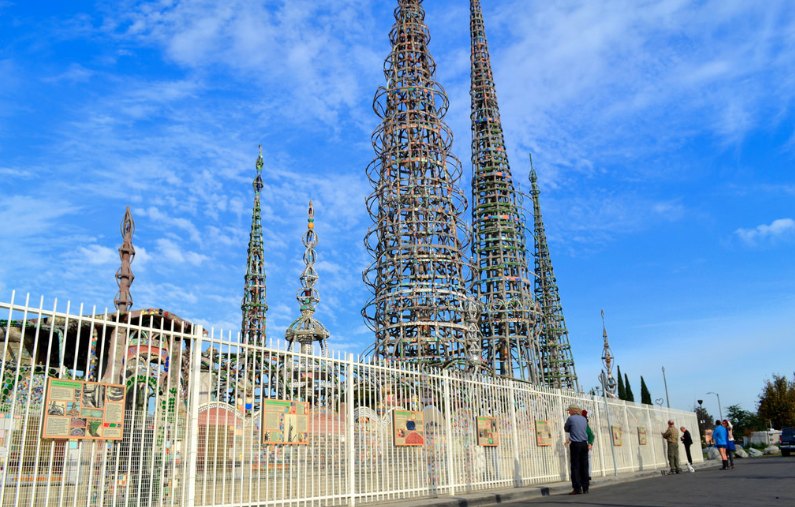 Flying through the air with the greatest of ease? Well that’s one way you probably didn’t expect to spend your Sunday afternoon (and a heck of a way to get some endorphins flowing).

With over 140 5-star reviews on Yelp, Trapeze School New York is probably your best bet in the city. Regularly priced at $87, you can buy some class vouchers via our friends at Goldstar for $39 if you book for any date before May 1.

Whether we’re talking about hiking up staircases as a workout, or checking out neighborhoods from a unique perspective you’ve never seen before, there are a myriad of lengthy (and not-so lengthy) staircases that you can navigate, each giving you an new appreciation for the history and culture of some L.A.’s more hidden enclaves.

Our list of 10 of the coolest secret (and not-so secret) stairs in Los Angeles.

Ok, so I’m taking some liberties when I say “around L.A.” for this particular activity, but I will say that if you’re willing to make the drive down to the Temecula Valley there is some gorgeous landscape to be observed in the wine country.

My mom took my brother and I when I was a teenager and it’s definitely an experience that has stuck with me. Offers an awe-inspiring arial perspective without the sheer adrenaline rush of, say, skydiving.

That said, ballooning isn’t the cheapest of options, but there are several different vendors to choose from in the area (here’s a link to a search listing on Yelp)

Also, I noticed that Goldstar is currently offering deal for half-off a ticket package valued at $250 (if you book before the end of May).

Need an excuse to up your craft brew game?

LA Beer Hop is a great way to taste-test multiple breweries in one day, as they’ll shuttle you around various neighborhoods making pitstops when you can sample the brews, then you hop back on the beer bus and move on to the next location.

Normally, the tours will run upwards of $65 but I spotted a deal on Goldstar where you can purchase a South Bay Beer Hop ticket for $39 (plus fees), good for dates between June and July. Check it!

Does being terrified out of your wits sound like your idea of an awesome time? Consider the Great Horror Campout, a 12-hour, overnight, interactive horror camping adventure where you can customize your of level intensity, from ‘mildly scary’ to ‘i’m definitely going to pee my pants’.

The Campout will take place on two consecutive nights (June 5-6) at the Abandoned Old L.A. Zoo. Costs can range from around $108 per person to $159, depending on the tent size you reserve. I compared ticket prices via Ticket Master (which is where the ticket page on the official site takes you) to the current offer on Goldstar and found you can probably save a few bucks on service fees by opting for the latter.

Seems like there aren’t a ton of tents left, so reserve now if you want in!

(And if a campout sounds too intense, consider a screening of ‘The Exorcist’ at this same location that’ll surely provide a few hours of sheer terror)

Fancy yourself a future elvish archer in training?

Woodley Park Archers offers free introductory archery instruction to the community, designed specifically the the beginner / novice who has no previous experience handling a bow. Classes are held every Saturday from 9am to 11am and on Wednesdays from 6pm to 8pm. There is absolutely no cost to join, and all equipment is provided.

The catch is it’s first come, first serve, so the organizers advise arriving at least 30 – 60 minutes before class time to get in line and register.

From the Watts Tower to the Chandelier Tree to the Great Wall of L.A., there are dozens of awesome public art works for locals and visitors to check out. The best part? Free!

Here’s a list of some of the funkiest public art pieces around the city to get your adventure started.

Speaking of the South Bay, if you head down to the intersection of Paseo Del Mar and Flat Rock Point in Palos Verdes, you can venture a path that leads you down a rocky slope and snakes along the coast to the rusty shipwreck of the S.S. Dominator (been there since 1961).

Los Angeles is no stranger to the strange, especially when it comes to some of our weirdest museums and unique retailers.

Two of my personal favorites when it come to museums: The Museum of Death in Hollywood and the Museum of Jurassic Technology in Culver City.

A few other choice shops locales where strange locales where you might encounter something off the beaten path include Wacko’s Soap Plant, Whimsic Alley (for the Harry Potter crowed), Jim Henson’s Creature Shop, and The L.A. Coroner’s Gift Shop (appropriately called Skeletons in the Closet).

Speaking of bars, sometimes it’s fun to get back in touch with your 80’s / 90’s childhood memories while also consuming reasonable quantities of alcoholic beverages. Enter, the phenomenon of the barcade.

There’s a few of these scattered all over Los Angeles, but thankfully we put together a list of the best arcades for adults who want take a trip down nostalgia lane. 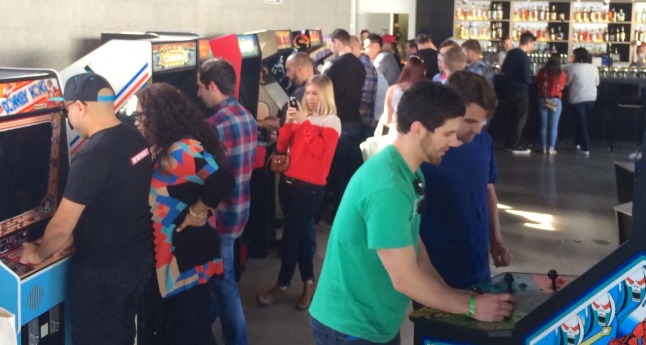 While Brennan’s is a pretty sold pub on it’s own with a chill vibe, half-way decent food, and good live music (my brother’s band use to play there back in the day), really it’s the Turtle Races that this joint is truly known for.

Turtle races you say? Well, sure!

Every Thursday night between 9pm-10pm in the back patio competing turtles are first class-ranked into one of seven divisions (from Midget to Monster) followed by a couple rounds of races. If you want to compete you can bring your own turtle, or just rent one of the studs from Brennan’s.

Trust me, you just have to check it out.

Escape rooms seem to be all the rage these days, so why not use the rebirth of the Spring season as an excuse to try something totally new? There seem to be new options popping up all the time, but for starters check out this rundown of six different escape rooms that the LAist tried out and reviewed.

If you’re into seeing L.A. from a unique perspective, try the Amazing L.A. Race: A fun-filled day of exploring neighborhoods, scouring for clues, and competing against teams until a winner crosses the finish. Then, after you’re done, enjoy snacks and drinks as you meet some of the other participants and swap stories about your adventures.

The Races are usually priced in the $79 range, but you can save half that if you book through our friends at Goldstar.

There is an upcoming race this Sunday, April 11 starting at the Dave & Busters in Hollywood.

Ok, enough about what I think, what are your favorite off-the-beaten-path activities to do in Los Angeles? Share you experiences below in the comments!