Incredible Video of an Empty L.A. is Creepy, Haunting, Beautiful 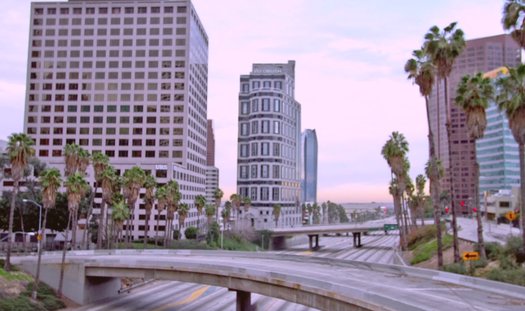 What would happen if everyone’s cars disappeared tomorrow?. What would that scene look like? How would people react? How would the city of Los Angeles go on without the lifeblood of gasoline filled engines racing through the veins of the city streets?

The below video, entitled “Running on Empty (Revisited)” explores exactly that.

Shot and produced by Ross Ching, this series of time-lapses juxtaposed against an uplifting, hopeful instrumental (Often a Bird by Wim Mertens) creates a hauntingly beautiful, if not slightly creepy perspective of the Los Angeles that we all know and love.

Just as with the awe-inspiring Trilogy of Lights videos, you can’t come away from this film not appreciating L.A. just a little bit more.