10 Neighborhoods Account for Nearly One Third Of 662,000 Street Sweeping Tickets Issued in L.A.

Los Angeles city parking officers wrote more than 660,000 street-sweeping citations in 2012, costing drivers more than $50 million. But did you know that only a handful of neighborhoods accounted for a huge percentage (nearly one third) of the total tickets written?

Not surprising, population density has a lot to do with the ticket leaders. In a nutshell, if there’s tons of multi-unit apartments and a shortage of street parking, it’s a tailor made recipe for parking tickets. Of course, on the flip side, many residents complain that enforcement officers will often write up tickets on days when the street sweeping vehicles don’t show up.

In any case, to visualize the data, check out the interactive map (screenshot below) put together by the Los Angeles times showing the distribution of tickets across the city. 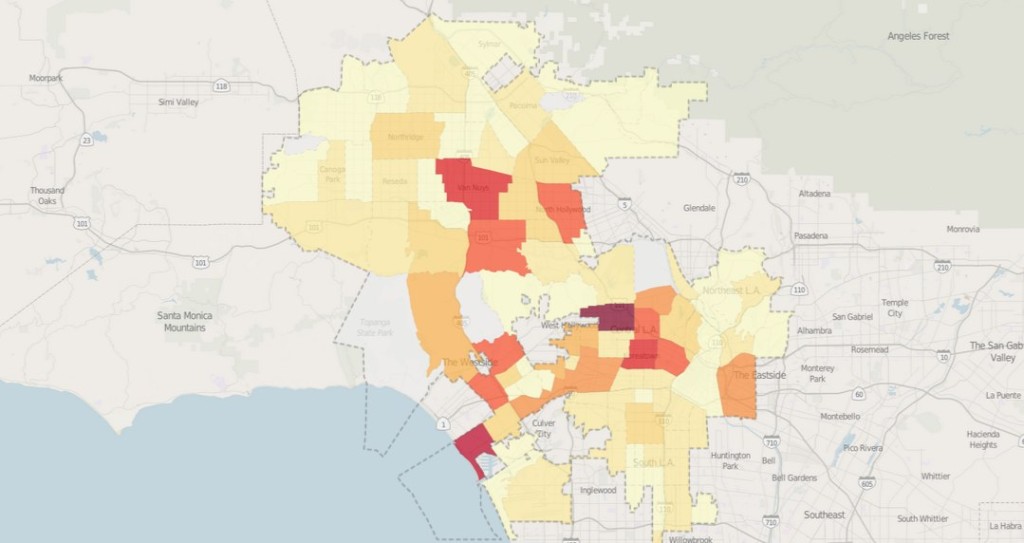