The best thing about fall 2014? It’s finally cooling down!

And once temperatures start returning to our paradisal norms there’s tons of great seasonal activities and events that make fall the perfect time to explore L.A.

To that end, below you can find 16 things to do in the fall in Los Angeles you can instantly add to your to-do list that’ll help you get started on your exploration.

Oh, and if you’re always on the look out for new and exciting things you may want to check out our list of 40 fun & free things to do and definitely be sure to add your email to our list below, and we’ll update you a couple times a week with stuff we find. Cheers!

1. See the Changing Leaves at The Los Angeles Arboretum

Who says we don’t have seasons?

The spring and the fall are both terrific times to check out the Arboretum, and there’s loads of events slated on their calendar in autumn months, including docent-led walking tours, classes, and of course the fall foliage tram tours that take place on the third and fourth Saturday of November.

The autumn festival of Germany takes many forms in Los Angeles, but the most important elements are usually still there: traditional music, garb, food, and most importantly, beer.

Here’s a few options in the area you might want to consider: 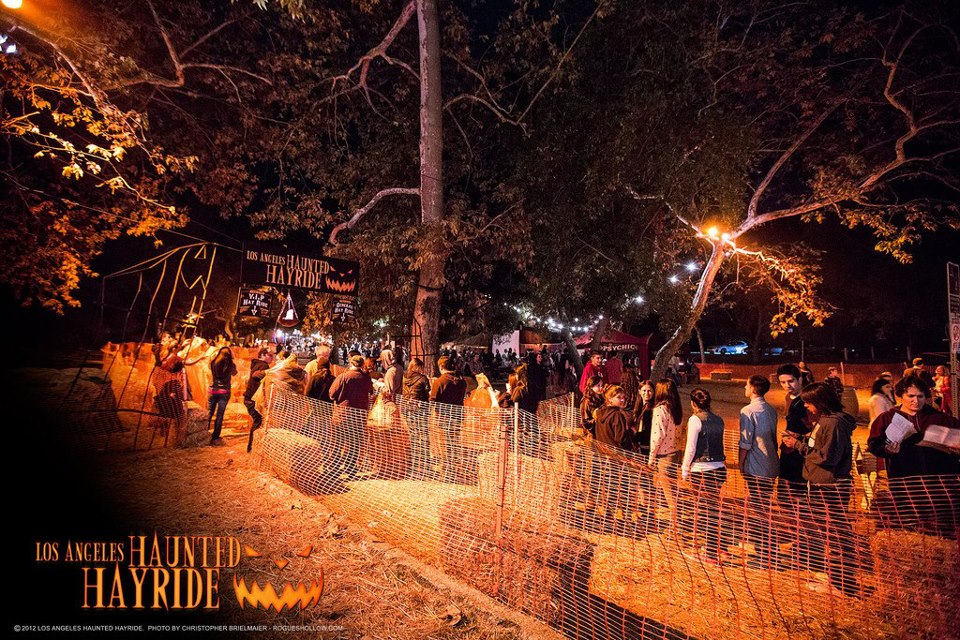 Want to experienced one the most sure-fire ways to scare the living daylights out of yourself? Take a haunted hayride in Griffith Park at the old zoo.

The organizers describe it as, “Armies of demonic forces and dark presences litter the grounds and are frantic to strike at their favorite ‘hayriders.”

Christina and I did this last year and I have to say it was probably the most fun Halloween event we went to all year. ‘Nuff said.

4. Tempt the Tastebuds with Something New

Fall is a great time to sample new foods, and although everyone’s going to be different with what they like, there’s couple of items I recently added to my foodie to-do list.

One, these mini expresso coffees served in a chocolate dipped cone over at Alfred’s Coffee on Melrose Place.

Or two, check these fried chicken and waffle cones that are coming to a pop-up food event on Sep. 27th.

And if you’re not into either one of those, use the season as an excuse to explore!

5. Watch The Tree Lightning Ceremony at the Grove

If fall is just your excuse to start Christmas early, be sure to check out the tree lightning ceremony at the Grove outdoor shopping mall. 2013’s ceremony was on the third Sunday in November, and featured musical performances including Mary J. Blige, CeeLo Green, Jewel, and Gavin Degraw. No date set for 2014, but stay tuned.

6. Enjoy the Tunes at the Eagle Rock Music Festival

The Eagle Rock Music Festival rolls into it’s 16th edition this year providing a “vibrant, community street festival which showcases innovative, multicultural and local music every October,” according to the organizers.

7. Walk with the Weirdos at the West Hollywood Halloween Carnival

They claim it’s the largest Halloween Street Party in the World with nearly half a million people showing up in West Hollywood at 6pm on Halloween night.

Live entertainment, food vendors, and tons and of course tons of eccentric costumes to admire.

The only question is, how could you miss it?

8. Get Cinematic at The Hollywood Film Festival

The best in regional and international cinema (so they say), presenting a unique combination of socially conscious filmmakers, emerging artists and master storytellers in the film capital of the world. From first time directors to documentaries to special spotlight features.

If you love film and want to check it out, see the full schedule of slated films on the official website.

9. Freak Yourself Out at Knotts Scary Farm

No doubt you have heard of Knotts Scary Farm before, and it might even be an annual pilgrimage for you, but did you know that this year’s edition features  an interactive gaming experience called “Special Ops: Infected” where you take over the role of an armed resistance battling zombies in an apocalyptic real-life environment.

10. Taste the Pies at the KCRW Good Food Pie Contest

In 2013 they had 347 different pies on hand for the public to try, and on Oct. 5th of this year the Pie Contest promises to be bigger than ever.

It’s totally free, but tickets are limited and available on a first come, first serve basis so be sure to get there early!

First held in 1907, this internationally recognized  automobile show is one of the most prestigious in the world.

It’ll be open to the public starting on Nov. 21st this year.

Los Angeles is one of the few locations in the world that offers year-round whale sightings, but the fall migration path is particularly rich for sighing opportunities, especially from the end of September to the beginning of November. 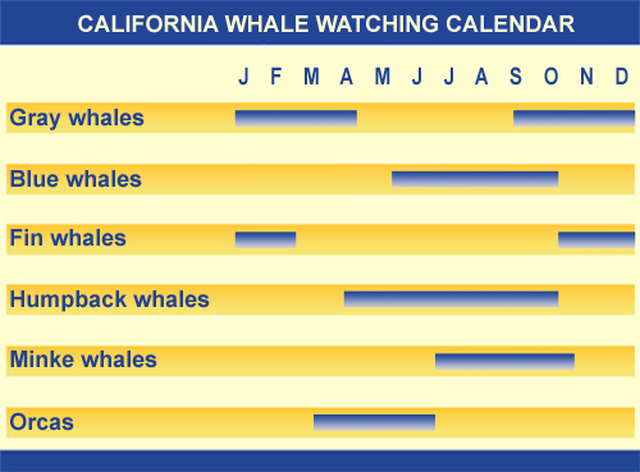 If you’re down to go, here’s a couple good options in the area:

13. Join CicLAvia to see DTLA on like Never Before

Never heard of CicLAvia? Here’s the skinny from the official website:

“CicLAvia catalyzes vibrant public spaces, active transportation and good health through car-free streets. CicLAvia engages with people to transform our relationship with our communities and… makes the streets safe for people to walk, skate, play and ride a bike. There are activities along the route. Shop owners and restaurants are encouraged to open their doors to people along the CicLAvia.”

Takes place on October 5th this year starting at 9am, so mark your calendar! For more info, see the official site.

14. Carve up a Good Time at the Rise of of the Jack O’Lanterns

A unique all-ages Halloween extravaganza that features more than 5,000 hand-carved jack o’lanterns created by professional artists and sculptors are arranged in artful displays throughout a 1/4-mile scenic trail. Advanced tickets are required. Check out their website for more information

15. Jazz up your life at the Angel City Jazz Festival

Plus there will be an Arthur Blythe Tribute & Benefit Concert as the final show of the evening.

16. Climb the Stairs at the Baldwin Park Scenic Overlook

Lastly, don’t forget to get a little fall exercise!

Take the stairs up the overlook for a quite workout, then reward yourself with the stellar view. 🙂

Are you doing something fun this fall? Have a suggestion? Share what’s on your to-do list in the comments below!