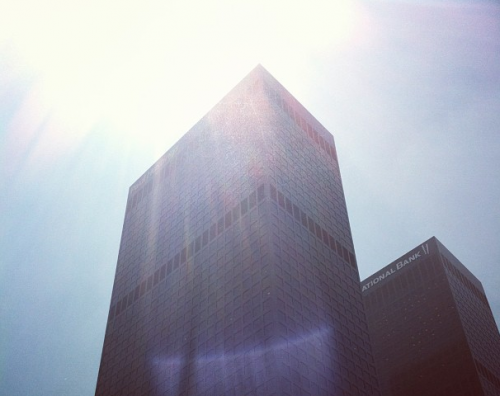 I have a confession. I love TED talks. And love might be an understatement. Like seriously I’m addicted to these things, and sometimes when I get watching the TED-sters late at night I get started and before I know it, the clock is showing 3:00am and I know I’m screwed when I wake up for work in four hours.

Maybe its because watching them makes me accomplished, as if the act of listening to a 15 minute lecture of impactful, keen insight could somehow absolve me from a lifetime of procrastination.

In a way, it’s learning’s version of fast food. And in that light, it’s also easy to see why it’s so addicting.

That said, I was thumbing through a few talks when I realized that many of my favorites could actually be applied to our fair city of Los Angeles, from spatial innovations, to energy conservation to online dating.

If nothing else, good food for thought.

Jonas Eliasson tells us that having just a small percentage of drivers to stay off major roads can greatly reduce our overall traffic footprint. Good luck with getting Angelenos to get on board with the congestion tax.

We all get stressed living in the city, right? In this talk Psychologist Kelly McGonigal wants us to see stress as a positive, and asserts that it is the act of reaching out to others that will reduce our own stress.

As populations grow, space becomes more and more limited. In this talk Kent Larson demonstrates folding cars, quick-change apartments and other cool stuff that can make our city feel more like a small village than a booming metropolis.

Anyone can get lonely living in an urban sprawl. I found my girl through online dating. Maybe you can find someone too (satisfaction not guaranteed).

How can behavioral science be the key to lowering energy costs? Alex Laskey argues that the key to being a more conscientious energy user may be as simple as knowing your neighbor’s energy bill (and maybe this could work for water too!).