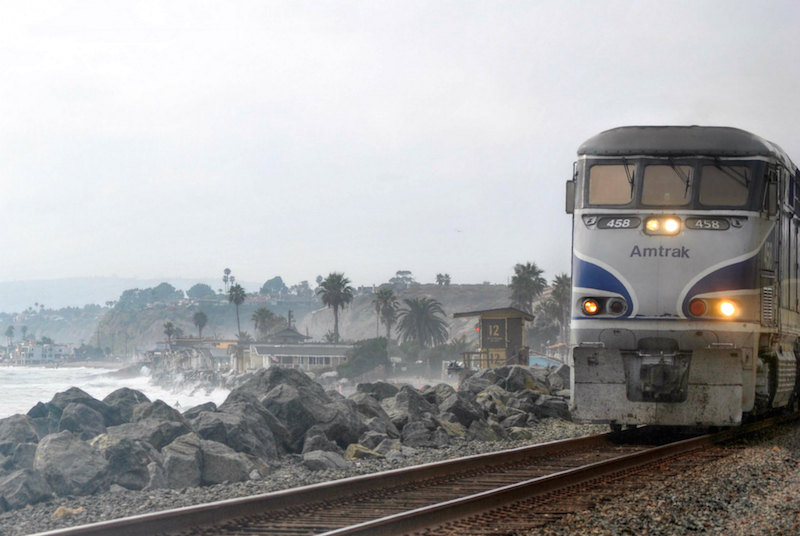 The Amtrak Pacific Surfliner, which travels 351 miles along the coast between San Luis Obispo and San Diego, is offering ‘friends and family’ discounted tickets to Ventura, Santa Barbara and SLO countries through May 23. With the purchase of a full-fare adult ticket, passengers can buy up to three half-off tickets for the same reservation.

According to a release, the deal is part of the “Hug the Coast” campaign and will encourage travel to areas negatively affected by recent wildfires.

The deal is available for trips to or from stations including Simi Valley, Moorpark, Camarillo, Oxnard, Ventura, Carpinteria, Santa Barbara, Goleta, Lompoc-Surf, Guadalupe, Grover Beach, and San Luis Obispo, and as well as Amway Thruway buses to Solvang, Lompoc, Buellton, Santa Maria, Cal Poly San Luis Obispo, and University of California Santa Barbara. To book online, select an adult ticket and use the promo code V346. Or, reference that same code when calling 800-USA-RAIL or visiting a service station.