So what do you do with a vintage venue when you’re trying to attract a new and younger demographic?

At least, that’s what you do with the Avalon Casino if you’re The Catalina Island Co.

The Avalon Casino, which was original built at the behest of confectionary magnate William Wrigley Jr. back in 1929, has historically hosted most of the Island’s major indoor events, including the annual New Year’s Eve Celebration and the Catalina Island Jazz Festival.

But with interest waning and revenues diminishing, the owners of the property are looking for something to spark a reinvigoration of the building. 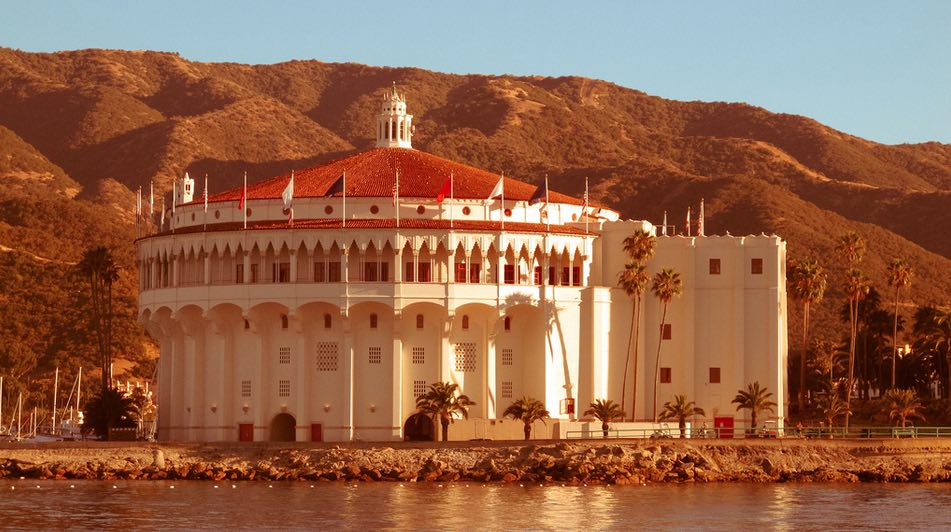 The Catalina Island Co., which owns most of the land in this harbor resort in addition to the , plans to turn the casino into a totally immersive digital attraction replete with holographic projection entertainment, HD displays, and robotic cameras.

Guests could potentially take tours of the island using the virtual reality tech, and experience ‘live’ concerts from virtual acts including everything from casino era-appropriate swing bands to contemporary hip-hop artists.

One potential vision would even allow you to have a drink at the casino’s bar with a holographic projection of Marilyn Monroe (or any other mid-twentieth century celebrity for that matter).

While the upgrades will certainly vault casino into the forefront of entertainment technology, the project also aims to retain the historic flavor of the venue. According to Randy Herrel, president and chief executive of the Catalina Island Co., told the LA Times that the plan will not require alterations to the casino’s interior (Art Deco will remain Art Deco).

To work on the renovation developers have tapped Obscura, a San Francisco based company that specializes in life-size creative technology platforms for built environments, live events, and new ventures.

(see some of their handy work below).

Travis Threlkel, Obscura’s founder and chief creative officer, told the Times he hopes to have the project completed within the next year.

In addition to the casino reboot, the Catalina Land Co. has also floated ideas to add new campground facilities, a rail tour, and an aerial adventure park (i.e. zip-lining).

Question is, with all the new effort, redevelopment, and new attractions on the horizon, will you now be more inclined to visit Catalina?