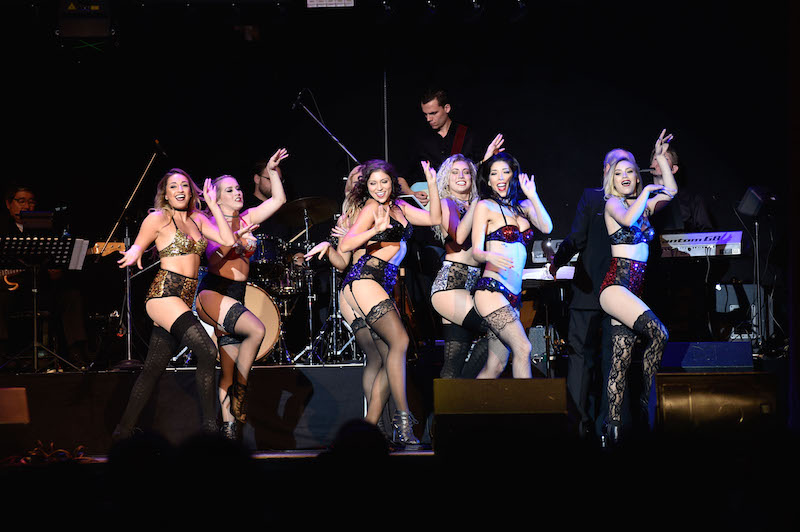 Kitty Bungalow’s upcoming fundraiser, CATstravaganza, allows you to save kitties and see an epic cat-themed musical—plus there’s an open bar and snacks.

You might be thinking to yourself, isn’t there already a cat-themed musical and isn’t it literally called Cats? Well, yes. That would be the 1981 Andrew Lloyd Webber musical based on T.S. Eliot’s Old Possom’s Book of Practical Cats, and the reason why you always hear someone belting out “Memory” at every hotel lobby karaoke bar. However, that’s not the cat musical feral cat rescue Kitty Bungalow Charm School for Wayward Cats will be hosting at their April 21 fundraiser, CATstravaganza.

Rather, Hamilton’s Cats is a musical parody about a small-town cat rescue (not unlike Kitty Bungalow) and their attempt to stage a production of Cats as a fundraiser. The interest they receive is lackluster until they find out that Andrew Lloyd Webber himself will be in attendance. The performance features Fred Willard (Modern Family), Emily Deschanel (Bones), Wendi McClendon Covey (The Goldbergs), Mindy Sterling (Con Man) and dancers from You Think You Can Dance.

The “mewsical” isn’t the only thing going down at the rescue’s gala. There will also be performances from neb-folk duo Almond&Olive; magician Fantastic Fig and his adorable tuxedo cat, Newton; tapas; games; gift bags, and an open bar.

CATstravaganza is on Saturday, April 21 at the Montalban Theatre in Hollywood. Doors are at 7 p.m., Hamilton’s Cats starts at 8 p.m., and the party goes until midnight. Tax-deductible tickets to the show are $80, or $125 to $175 for the show and afterparty. You can reserve them online here. All proceeds will go on to benefit Kitty Bungalow.

Kitty Bungalow specifically works with feral cats, meaning those cats that are born on our streets. Feral cats, when left unsocialized, are difficult to adopt as they are often afraid of or hostile towards human. Additionally, feral colonies that are left unchecked can produce even more feral cats. Kitty Bungalow and their volunteers socialize feral kittens, slowly teaching these fuzzy babies that humans can be their friends—hence the name “Kitty Bungalow Charm School for Wayward Cats.” Interested parties can then adopt the kitties and give them a forever home. According to Kitty Bungalow, they are the only “100% street cat socialization facility” in the state. The rescue also works to decrease feral colonies through education and Trap Neuter Return (TNR), which traps and neuters ferals before releasing them to their communities. If you’re interested in adopting a new cat friend, you can browse the available “students” here.