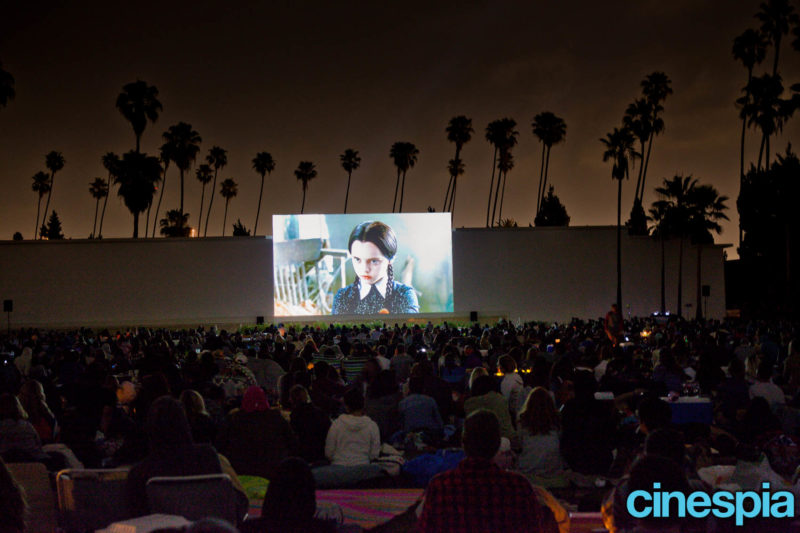 The movie-viewing experience that set the stage for now-ubiquitous outdoor film-watching in L.A., Cinespia has announced its September 2018 schedule, with an array of classic films from the ’60s, ’70s, ’80s, and ’90s screening at Hollywood Forever Cemetery.

These screenings are sponsored by Amazon Studios. Check out the complete September schedule below.

See Eddie Murphy at the height of his career in this hilarious 1980s comedy about a smartass Detroit police officer who goes to Beverly Hills to investigate his friend’s murder.

Christina Ricci, Thora Birch, Gaby Hoffmann, Melanie Griffith, Demi Moore, Rosie O’Donnell and Rita Wilson star in this coming-of-age story about friendship set in both the ’70s and the ’90s.

Saturday Night Fever is far more than just a disco-era time capsule. John Travolta is seriously magnetic in this tale of a 19-year-old Brooklynite who’s going nowhere… except when he’s on the dance floor. See him show off some seriously amazing moves in this moving coming-of-age story.

Savor the psychedelic trippiness of the Beatles animated delight, followed by a fireworks spectacular.