Grab your feathers, glow sticks and bikini folks, the Coachella Valley Music and Arts Festival is back on April 15-17 and April 22-24 in Indio, California.

As you’ve no doubt already heard, LCD Soundsystem, Guns N’ Roses and Calvin Harris will headline the festival, but there’s plenty of other strong performers who will on the card for this year’s back-to-back weekend extravaganza. 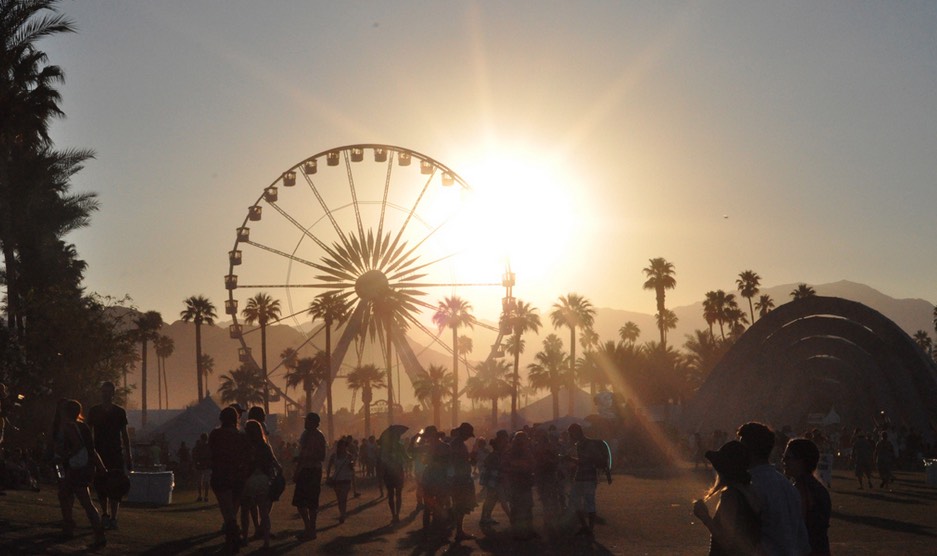 Head to Coachella.com for details on how the ticket purchase process will work.

Take a look at the full festival lineup below! 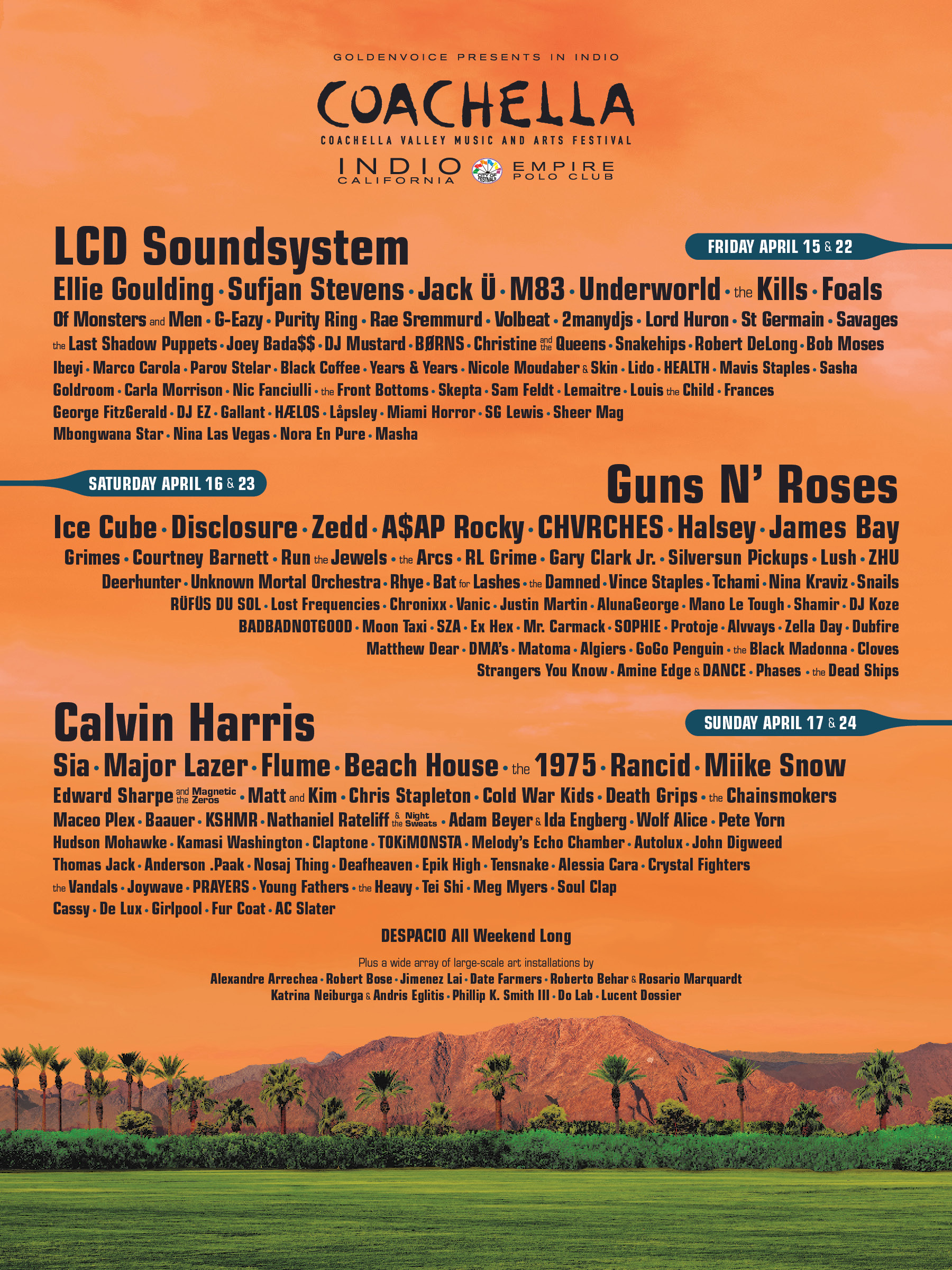