Sometimes the best things in life are the simplest ones. An inviting space to gather. Delicious food to dine on. A conversation with a friendly stranger.

When all three come together in perfect proportion it makes for an evening not soon to be forgotten, and that’s really what the DTLA Dinner Club is all about.

The premise is simple: Two dozen or so guests, (usually) all downtown Los Angeles residents, gather at a loft space off Spring St. on a Wednesday night for a monthly meal prepared by a top chef with the goal of eating some amazing food, meeting new friends, and bringing neighbors together.

The cost? Free, save a bottle of wine that each guest is required to bring.

The upshot? If you live in downtown L.A. and have never heard of this, you need to get on that ASAP, and you can start by reading some of the details below.

This past Wednesday was the first time Christina and myself were able to attend and I’ll just come straight out and say it… this is one of the best dinner pop-ups we’ve ever been to.

Let’s start with the food. 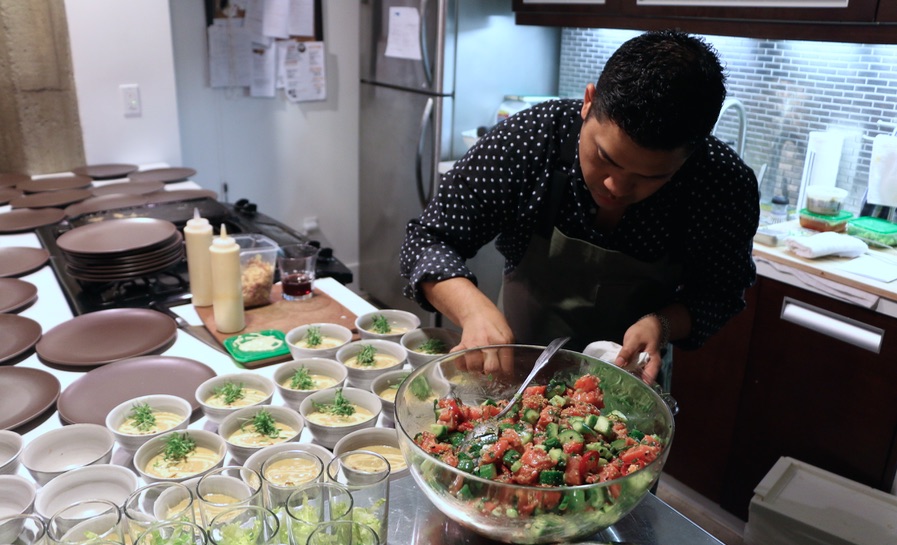 Arnold Myint prepping the meal for the DTLA Dinner Club. Photo by Christina Minh / We Like L.A.

As I learned from speaking with a few of the previous attendees, food at the Dinner Club is usually served family style but Chef Arnold Myint, who was our delightful host and food preparer for the evening, was individually plating an entire five course meal for over twenty guests on this particular night.

That’s a feat all the more impressive when you consider that he had no sous-chef for backup and yet still made time to introduce each menu item individually with the same signature charm and charisma you might remember from his appearances on Top Chef and Food Network Star.

Major props to Arnold for being a super host.

Now, about those courses…

Avocado and smashed pea toast. Photo by Christina Minh / We Like L.A.

Our culinary journey began with a chilled cauliflower soup featuring Madras curry, chickpeas, and lemon garlic yogurt coconut milk. At first blush that might sound a bit heavy to be your starter, but the soup was lighter than expected, and immediately showcased our chef’s talent for blending spices. An excellent topic sentence for the forthcoming essay on flavor.

The next two courses, an Alaskan salmon poke, followed by avocado and smashed pea toast, continued the thesis on color and freshness, and by the time we hit the entree, a Shepherd’s Pie made with lamb, beef, mirepoix, red wine and hash brown casserole, it was clear no one was going home hungry. 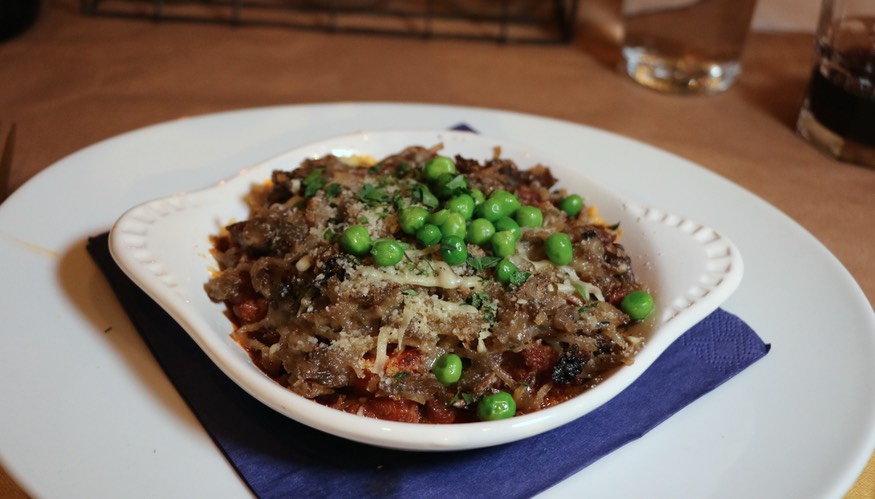 Shepherd’s Pie. Photo by Christina Minh / We Like L.A.

The closer was a lemon curd that featured just about the tartest tart my tongue has tasted in recent memory, but it was cut down nicely with a dollop of clotted cream for just the right touch of sweetness.

To put it as succinctly as I can I’ll just reiterate what I said before… the meal was outstanding.

Yet as good as the grub was, and it was phenomenal, we found the company kept to be the equal of the cuisine. And I guess that’s the really unique thing about the DTLA Dinner Club.

The DDC started back in 2011 as way for original founder Josh Gray-Emme to gather friends on the rooftop of his downtown residence and enjoy a communal meal (always at no cost to his guests), and by persisting in that mission over the five years that followed the event grew in both size and stature.

Eventually as word spread more locals were getting invites, and even the occasional guest chef or celebrity would stop by (John Salley and Bryan Singer among those that I heard about). 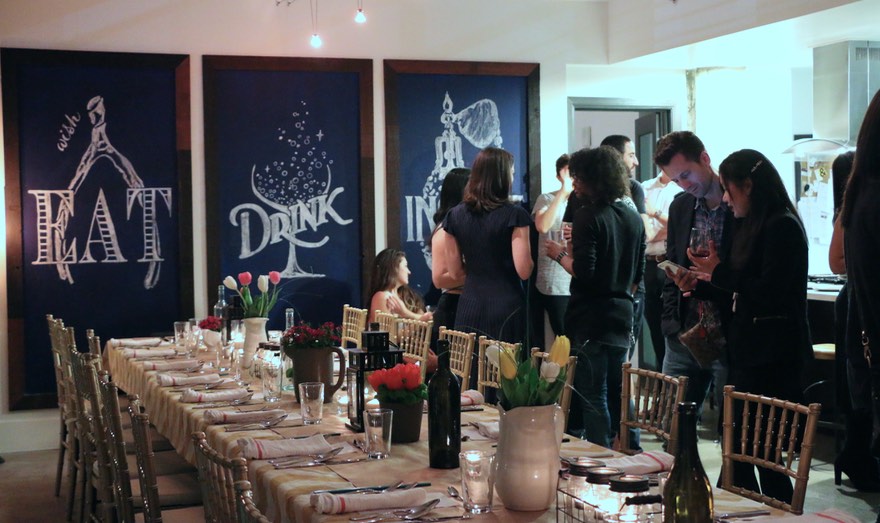 Mingling at the DTLA Dinner Club. Photo by Christina Minh / We Like L.A.

For what it’s worth, the cast of characters who attended our dinner this past Wednesday was vast and varied, from regulars who had been going to the Dinner Club from the start to a recent L.A. transplant who literally had only arrived in town a few days ago, to Sutan Amrull, who you might know as Raja from RuPaul’s Drag Race.

Oh, and then there’s Chef Myint himself, the son of Thai immigrants who was raised in Nashville and grew up to not only be a maestro in the kitchen, but also the creator of his very own alter-ego drag personality, Suzy Wong.

But as unique as this crowd might have been the one unifying thread was a general feeling of gratitude for even just having the opportunity to enjoy this incredible free meal and share the experience with a few like-minded folks.

Even as Josh has moved on from Los Angeles (and even moved to another country!) the spirit of the original members is strong, and with Whole Foods Market DTLA now sponsoring the dinners and providing all the ingredients, and more buzz likely to come as word spreads, it’ll be interesting to see where this thing goes in the coming months.

A few shots from our evening at the #DTLAdinnerclub this past Wednesday. Hands down one of the coolest dinner pop up series happening in Los Angeles right now. Read more about it via link to story in bio. #welikela #DTLA #mydayinla #lafoodie

Frankly, I guess logical the question for anyone reading this might be, “Umm… so how do I get invited?”

For starters, you have to be a downtown resident (Christina and I were extremely lucky to get an exemption for this). Beyond that, it seems like it’s just a matter of signing up for the waitlist and being patient and persistent about jumping on an RSVP slot when it becomes available.

There is an official DTLA Dinner Club website where you can get more information on the background, mission,  and most importantly, add your name to the RSVP mix (note: no +1’s).

It’s not guaranteed you’ll get in right away, and I expect as more blog posts and stories emerge about this event the competition for space will grow fiercer, but if you manage to snag a spot, I absolutely guarantee you’ll have an amazing experience.