This Guy is Going to Turn DTLA into a Giant Harp and Play a FREE Concert (Tonight!)

Malibu-based musician William Close claims that his Earth Harp is the largest stringed instrument in the world, and tonight he’s bringing his magic to Downtown Los Angeles for a free event!

Close, who has been featured on America’s Got Talent, has strung up his harp to The City National Plaza Tower (700 ft. high!) and will perform two free concerts this evening coinciding with the timing of the Downtown Art Walk. 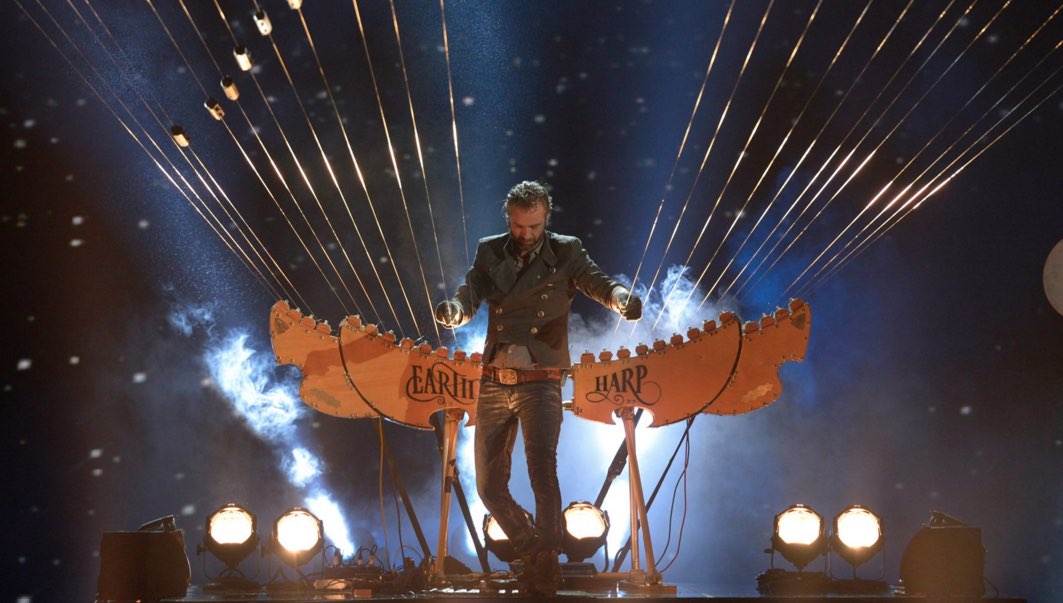 Image via William Close and the Earth Harp Collective on Facebook

Catch some amazing footage from the media preview yesterday taken by LAist: