Here’s the Complete Schedule for Eat|See|Hear 2017

Eat|See|Hear, one of L.A.’s premier outdoor movie screening series, is back for its 6th season starting on May 6 for an entire summer of movies, munchies and music. This year’s lineup includes a selection of 20 films and musical performances alongside 150+ rotating food trucks, all showcased at some of our city’s coolest venues.

As in previous years, Eat|See|Hear will screen films on their 52-foot wide inflatable screen (the largest west of the Mississippi!) Included in the venues for 2017 will be the newly renovated (and soon to re-open) Los Angeles State Historic Park near Chinatown. Eat|See|Hear will also feature an exclusive one-night event at The Rose Bowl on August 25.

The series kicks off on May 6 with Mean Girls at Centennial Square at Pasadena City Hall and runs weekly at various venues through September 16. 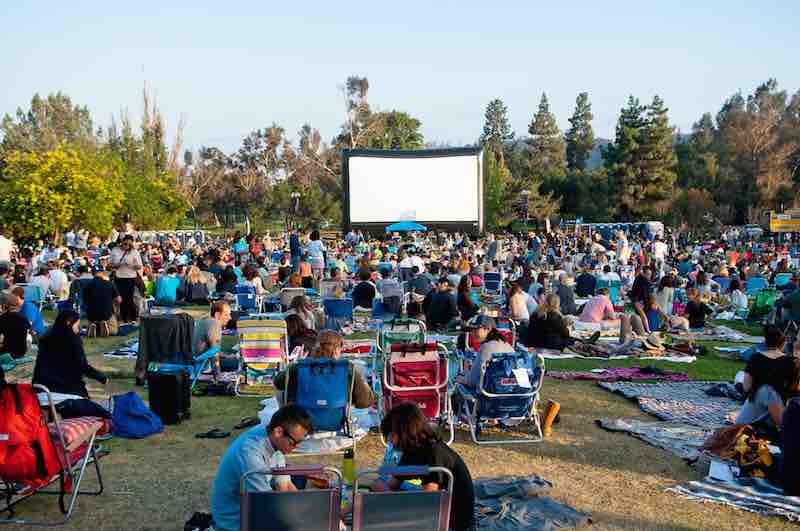 General admission starts at $14, with ‘fashionably late’ tickets are $23.15 if you prefer not to wait in line. Tickets for kids 12 and under are $9.43 Tickets are on sale now!

See the full schedule of screenings below!

May 6: Mean Girls at Centennial Square at Pasadena City Hall

May 27 Pulp Fiction at The Autry Museum

July 8: Singin’ In The Rain at Centennial Square at Pasadena City Hall

July 15: The Sandlot at The Autry Museum

August 12: When Harry Met Sally at The Autry Museum

August 19: Raiders of the Lost Ark at La Cienega Park in Beverly Hills

September 2: Goodfellas at The Autry Museum

To purchase tickets for any of the above screenings head to eatseehear.com.