There’s Going To Be an Extra-Close Supermoon Visible in L.A. on the Morning of Nov. 14

We’ve had a number of supermoons in 2016, but this November’s is truly going to be one for the books.

Generally speaking the term supermoon applies to any full moon that is closer to the earth than average. At its peak a supermoon may appear up to 14 percent bigger and 30 percent brighter than an average full moon.

The November 14 moon will reach the crest of its full phase at approximately 1352 UTC. That translates to 5:52 a.m. Los Angeles time. With the sun rising around 6:26 a.m. on that day, you should have a pretty good window in the early morning to view the moon in all its super-ness.

As we’ve mentioned in previous blog posts, some of the best places to view a supermoon are where there are objects or scenery in the foreground to juxtapose against the moon in the backdrop (buildings, trees, etc…). This is kind of a perspective trick in our minds, but the juxtaposition will make the moon seem even bigger and brighter.

A few notable locations that might be good spots to see the moon include: Upper Las Virgenes Canyon Open Space Preserve, Griffith Observatory, and Franklin Canyon Park in Beverly Hills. Of course, access to such locations may depend on the time you choose to view it. And then there’s always the chance that the weather isn’t being cooperative on that day. 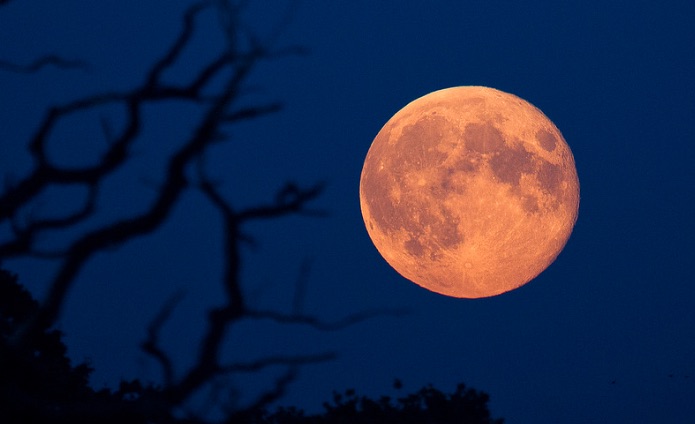 A supermoon captured in all its glory. Photo by Dave Grubb via flickr cc

As a reminder if you miss this month’s lunar event the final supermoon of the year will occur on December 14. It won’t be quite as historic as the November one, but it should still be fairly spectacular.

Just remember to look up!