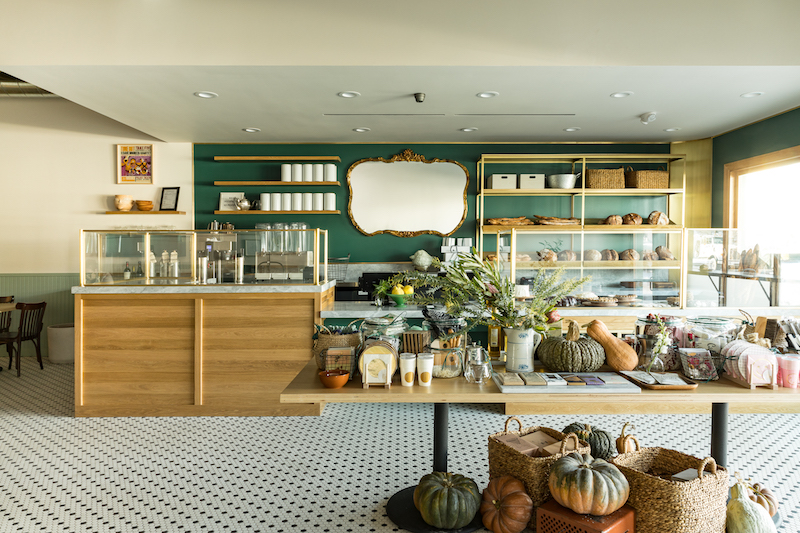 When writing, it’s easy to ramble. Verbosity is the enemy. Succinctness is the challenge. Even Mark Twain once wrote, “I didn’t have time to write a short letter, so I wrote a long one instead.” Chef Shawn Pham believes the same is true in the kitchen.

“If you’re a writer, the biggest skill in writing is editing,” he said. “Anyone can put words together. It’s picking the right words—when to use them, how to use them—that takes a tremendous amount of skill and thought. With cooking, if you really think about every single ingredient and its place and how it’s necessary, you make a bigger impact with less.”

Pham says he shares a fondness for simplicity in cooking with award-winning pie genius Nicole Rucker (formerly of Gjelina). Together, they’ve opened Fiona, a sunny all-day cafe, restaurant, and bakery on Fairfax. The pair became friends when Rucker worked at Pham’s previous restaurant, Simbal, which closed in 2017. When Rucker mentioned she was looking for a chef to partner with on her first stand-alone restaurant, Pham expressed his interest.

Their collaborative menu is small, but has plenty of warm comfort foods. On the savory side, there are toasts and sandwiches, made with thick slabs of the house-baked bread; hearty bowls of soup and stew, and pancakes made with celery root or sweet potato. The Vietnamese Beef Stew is particularly flavorful, with hunks of tender short rib that fall easily apart. It’s served with a wedge of lime and a sizable, freshly baked sourdough baguette. 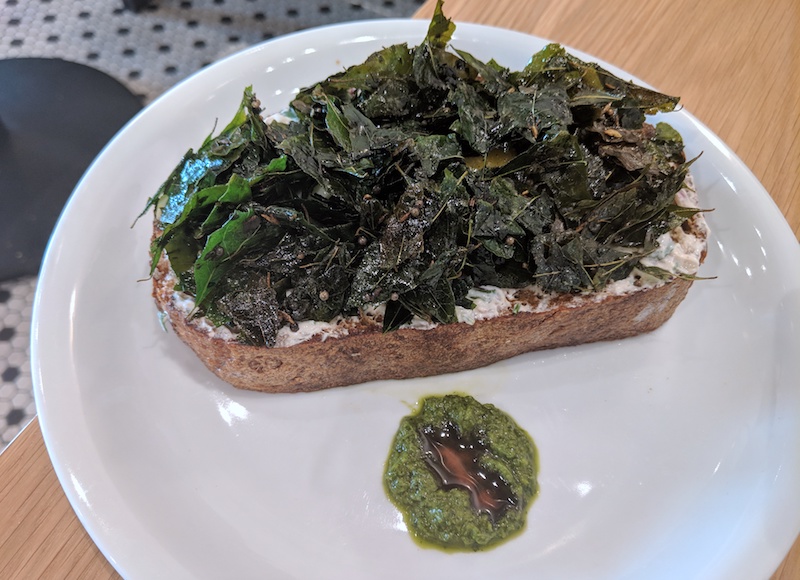 “We fry [the curry leaves] with black mustard seed, yellow mustard seed, and cumin seed, then it’s served with cilantro and tamarind chutneys,” he said. “It has a very unique aroma and taste that a lot of people have never experienced before.”

Some of these dishes carry over into dinner, while new ones—like the hamachi crudo, beef tartare, and ‘duck for two’—are added for evening service. Guests may enjoy their meals with coffee and tea—plain or concoctions like sparking matcha with yuzu and ginger—or something off Fiona’s curated beer and wine list.

Then there’s also the sweeter side of Fiona, which can be found in the bakery case. There will always be a handful of pies, for which Rucker is legendary—she scored a blue ribbon for her apple pie at the National Pie Championship in 2013. On any given day flavors include banana cream, key lime, and Rucker’s famous chocolate chess, which is kind of like a perfect, velvety brownie transplanted onto a delicate, flaky crust. (There’s a lemon chess, too.) Other treats might include cookies, cake, and nightly special desserts one can see advertised via Rucker’s Instagram. Like this:

Fiona itself is cute and homey. Sunlight filters in through street-facing windows casting over a black-and-white tiled floor and green accent walls. Guests order at the counter, then take a number and a seat if dining in. You might not guess that the pretty cafe’s name came about during the media buzz surrounding a hippo born two months premature at the Cincinnati Zoo and Botanical Gardens. (Don’t worry; Fiona the Hippo is doing just fine now.)

“‘Fiona’ just kind of stuck, and then it morphed into [the idea that] it could be anything. It could be a relative, an aunt, a grandma. We like it because it’s vague and allows us to define it,” Pham said.

The vagueness works for the restaurant, which can be a lot of different things, depending on your mood. It can be a quick, casual lunch; an afternoon spent reading a book over a bakery item and a cup of coffee, or a cute spot for a first or hundredth date. Whatever the occasion, definitely try the pie.