19 Awesome L.A. Art Galleries Every Angeleno Can Explore For Free

The art scene in Los Angeles has received some notable attention in recent years but locals have always known the city to be more than just beaches and sunshine.

We’ve got our fair share of acclaimed art museums but if you’re looking to indulge your artistic side without having to shell out the cash (unless you want to buy the art, of course) we’ve compiled a handy list of free art galleries in L.A. to check out, whether you’re looking for a date spot or just want to broaden your horizons with a bit of culture.

The list runs the gamut from modern to street artists, local to international, both acclaimed and emerging. Basically there’s something for every type of art lover.

Numbered only for reference, listed in no particular order. 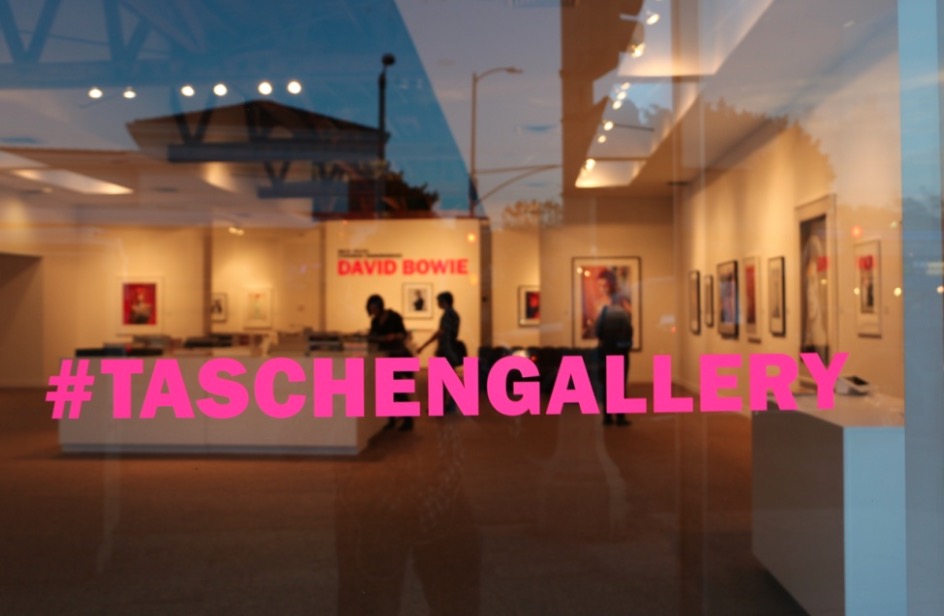 The eponymous art book publisher has a gallery on Beverly Boulevard showcasing works that made them famous. Previous exhibits include a visual history of The Rolling Stones and and even one on David Bowie.

It’s known for its emphasis on pop culture art with a focus on all things L.A. Their annual shows “Crazy 4 Cult” and “Under the Influence” in collaboration with Stan Lee and the Beastie Boys, have become favorites among art lovers and the celebrity elite. Previous exhibits include “Star Wars: The Art Awakens” and “Really, Really, Really Ridiculously Good Looking Art Show: A Tribute to Zoolander.”

A self-proclaimed “low brow” art gallery on the Eastside, they specialize in pop and street art. Owner Billy Shire has never shied away from the weird or freaky even downright grotesque showings of unusual sculptures, folk art, religious art, and erotica essentially making counterculture works available to the public in a casual gallery setting. Self-proclaimed as the birthplace of pop surrealism once unknown artists of the past have went on to receive acclaim in the art world.

It was actually a train station back in 1875 till the 7.5-acre complex opened as a collection of galleries in 1994. Now it’s home to over 30 commercial galleries representing a variety of mediums.

This “sanctuary for the arts” lives up to its name with spaces dedicated to art including a 28,000 square foot studio, a theater and a gallery. Their mission is to support artists so you’ll probably find yourself looking at a painting made by an artist who actually lives on the premises. Exhibits have included WRDSMTH , Colette Miller and her infamous angel wings to name a few. 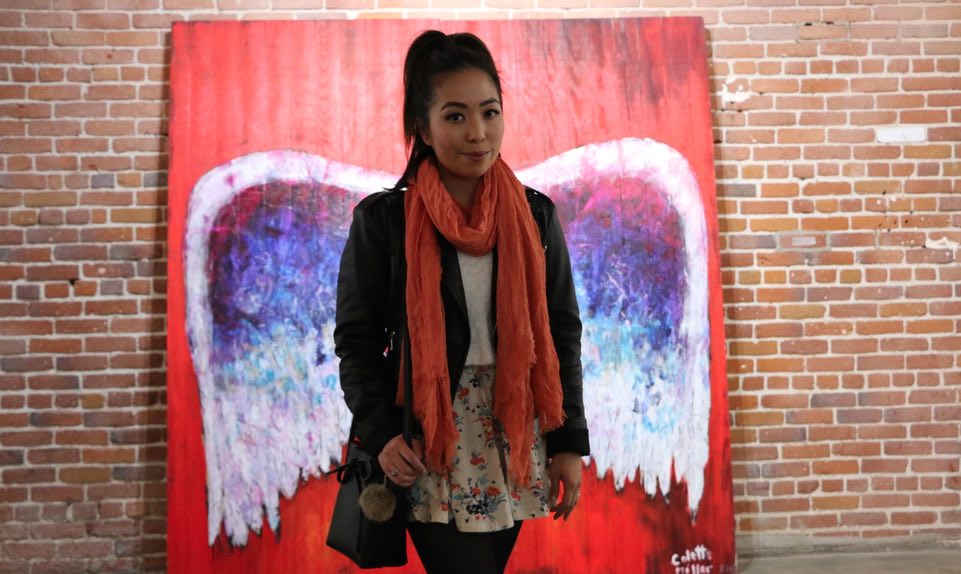 Posing with angel wings by Colette Miller at an Art Share LA event.

It’s been open for more than a decade and continues to be a distinguished gallery for emerging pop, graphic, design, and street artists. Nestled in a nook in Culver City it’s an intimate space with a big vision of showcasing the best in the underground art scene.

It’s one of the longest running contemporary art galleries in L.A. founded in 1961. The Miracle Mile locations, they have another in Beverly Hills, is considered the oldest contemporary gallery in the West and in that time they’ve featured works by renowned artists including Andy Warhol, Dennis Hopper, and Robert Rauschenberg.

What’s unique about this gallery is that every month it features five different artists as well as works by more than 20 working artists. With an array of talent and rotating roster of works the aesthetic is wide ranging but always- as artsy folks like to say- avant-garde. While you’re there make sure to check out the other galleries too along Gallery Row.

This multimillion dollar complex occupying a converted 19th century flour mill in the Arts District opened in March 2016. The space is uniquely designed with four large galleries, a courtyard and  a restaurant coming summer of 2016. As for the art, the focus is on contemporary and modern masters all of which have probably been showcased in a prominent museum at one time or another. 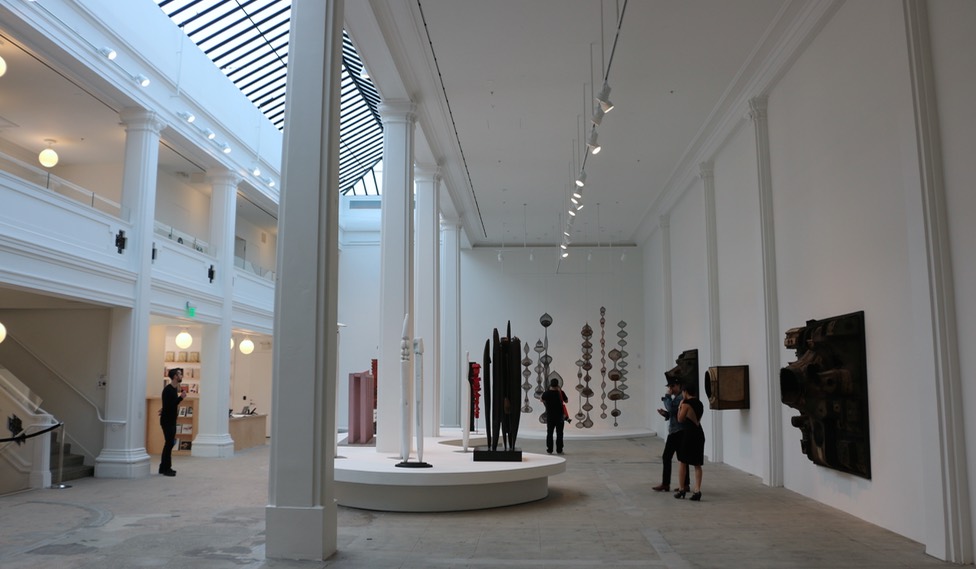 Interior of Hauser Wirth & Schimmel Gallery in the Arts District. Credit: Brian Champlin / We Like L.A.

Right as you enter the Kohn Gallery you’ll notice the high ceilings (22-foot tall to be exact) and the skylights that brightens the room with L.A. sunshine. The art is a mix of pop culture and modern art with exhibits by artist like Mark Ryden, Wallace Berman, Ryan McGinness and RETNA.

Established in 2006 this gallery has since become a haven for well-known artists including D*Face and Shag. Considered on the high-end side the gallery host new exhibits every month.

They mainly showcase street and contemporary artists and their opening nights are known for being a hot event. Fans of graffiti artists in particular will love this place with previous exhibits include Shepard Fairey, ASKEW ONE and BOM.K.

The “artist collective” founded in 1995 by renowned street artist Shepard Fairey and skateboarder Blaize Blouin focuses on skateboard culture and design in the art world. Since then their core is still the same but they’ve expanded to include graphic art, photography, and illustrations having hosted exhibitions for Ryan McGinness, HunterGatherer, David Ellis, Doze Green, and Aesthetic Apparatus.

Spanning 6,500 sq. ft. it’s the largest art gallery dedicated to street art and graffiti in the United States. Their opening night was one of the largest collections of street art with over 300 pieces from 33 artists including Destroy All Design and Sean D’Anconia. 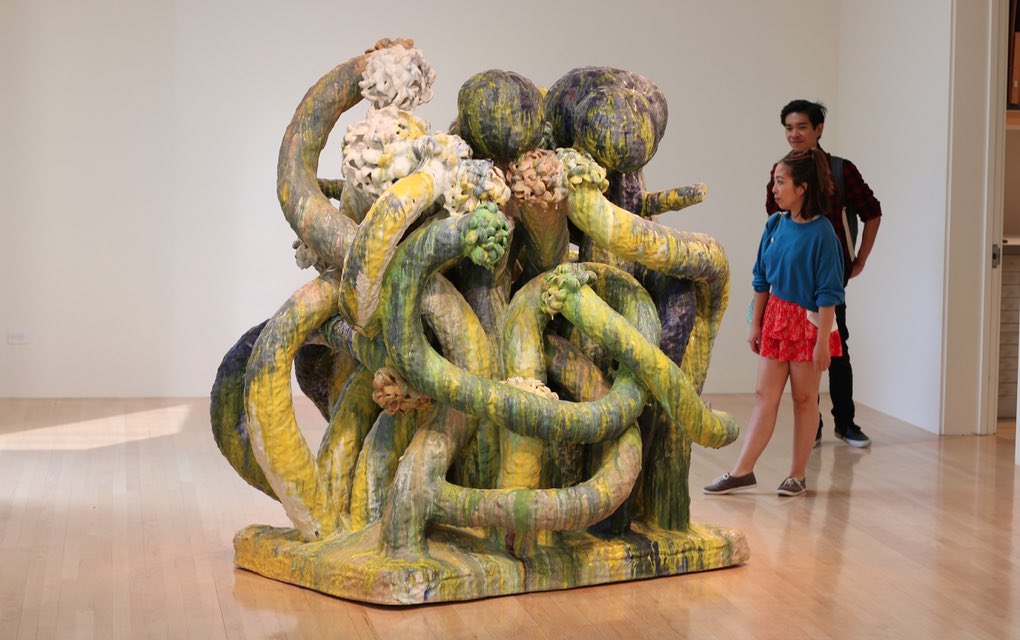 At a Matt Wedel exhibition at LA Louver in Vence. Photo credit: Brian Champlin / We Like L.A.

Originally run by SoCal’s Asian-American pop culture magazine “Giant Robot” the magazine is no longer around but the gallery continues to thrive in Japantown a.k.a. Little Osaka on the stretch of Sawtelle on the Westside. Their exhibits are quirky and whimsical generally revolving around pop culture artist.

When this gallery originally opened in 1989 it was one of a just a handful of art galleries in L.A. and more than 25 years later it’s gained a reputation for showing the works of such acclaimed artists as Matthew Barney, Catherine Opie, and Wolfgang Tillmans. The upper level has an outdoor sculpture deck with Instagram-worthy views of the Hollywood sign and Griffith Park Observatory.

Photography aficionados should look no further than Fahey/Klein established in 1987 with more than 8,000 photographs in their possession. The gallery specializes in contemporary and 20th century photography exhibiting works by both emerging artists and icons like Henri Cartier-Bresson, James Nachtwey, Herb Ritts, Edward Weston, and Man Ray.

It’s one of L.A.’s most renowned and influential galleries known for its fine selection of abstract art. Their roster of artists includes local and international artists like Takashi Murakami, Chuck Close, Richard Prince and San Durant.

What’s your favorite art gallery in Los Angeles? Let us know in the comments below!