One of Los Angeles’ most iconic landmarks is about to reopen after a four-year closure. First unveiled in Downtown L.A. back in 1901, Angels Flight will resume service on Thursday, August 31 after an extensive restoration and recondition.

Billed as “the shortest railway in the world” (it’s just 298 feet long), this funicular  transports passengers up the steep incline connecting Hill Street to California Plaza.

Though Angels Flight may not be one of the most necessary modes of transport in the city, it’s arguably the most charming. It features two beautiful vintage train cars with wood-paneled interiors and wooden seats and striking crimson boarding stations on each end. 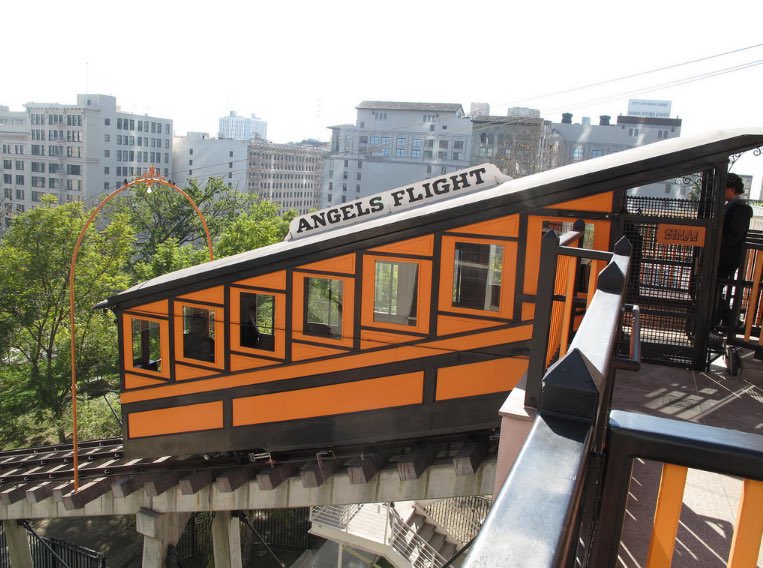 Angels Flight has a prominent place in pop culture, appearing in at least half a dozen film noirs of the 1940s and ‘50s and earning worldwide attention and interest after its appearance in last year’s La La Land.

Designated a Los Angeles Historic-Cultural Monument in 1962, Angels Flight was shuttered in 1969 due to the redevelopment of Bunker Hill. It wasn’t reopened until 1996, but was again shut down in 2001 after a fatal accident. Resuming operations in 2010, Angels Flight suffered a minor derailment in 2013.

Angels Flight is easy to reach by subway, as it’s located right near the Pershing Square station. There’s plenty to do while you’re in the area, as the tiny railway’s location is a short stroll from Grand Central Market, MOCA, the Broad, the Music Center and the Central Library.

This historic gem will once again be open 365 days a year and the fare will be $1, or just 50 cents if you have a Metro pass.