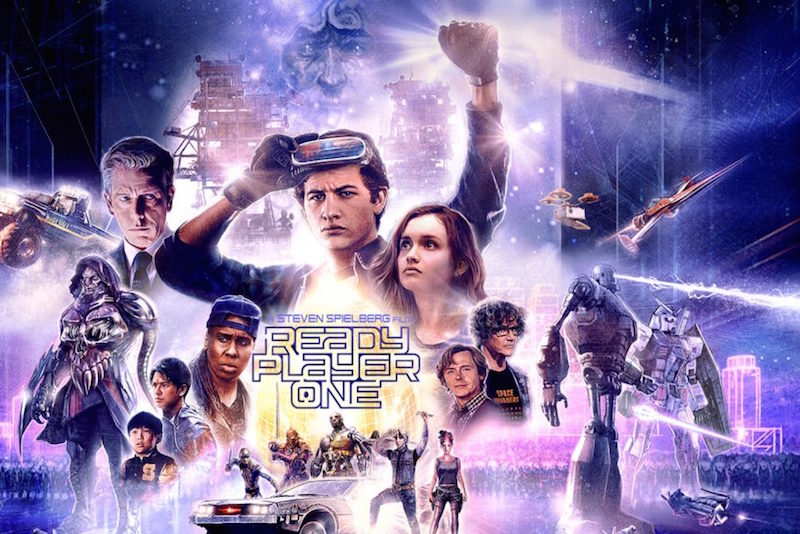 A free, interactive Ready Player One pop-up is coming to Hollywood March 18 to April 1. The pop-up is part of the promotional run-up to Stephen Spielberg’s Ready Player One, based on the 2011 Ernest Cline novel of the same name, opening in theaters on March 29.

The film follows Wade Watts (Tye Sheridan), a teenage orphan in a dystopian future who embarks on an epic quest to find an Easter egg hidden inside a multi-player virtual world known as the OASIS. The winner of this challenge will supposedly inherit the fortune of the OASIS creator James Halliday (Mark Rylance), meaning Wade’s got some serious, life-and-death competition. The novel and film are notably both riddled with pop culture references, many dating back to the 80s.

In anticipation of the film’s release, the Ready Player One Challenge maze is setting up at Hollywood and Vine. It’s being described as a “choose-your-own adventure” maze with audio/visual installations, interactive displays, video games, film props, actors, music, and set replicas. In other words, we’re sure we’ll see on Instagram later. There also seems to be at least some kind of gaming component in which guests are challenged to find three hidden keys. You can take a listen to the iHeartRadio playlist in advance, which is chockfull of recognizable ’80s jams. Additionally, there will be shop via mall goth favorite Hot Topic.

The pop-up opens to the public on March 18 at 2 p.m. Starting March 19, hours will be 11 a.m. to 11 p.m. through April 1. Admission is free, but you’d be wise to score a reservation here. Non-ticket holders can try their luck in the standby line.