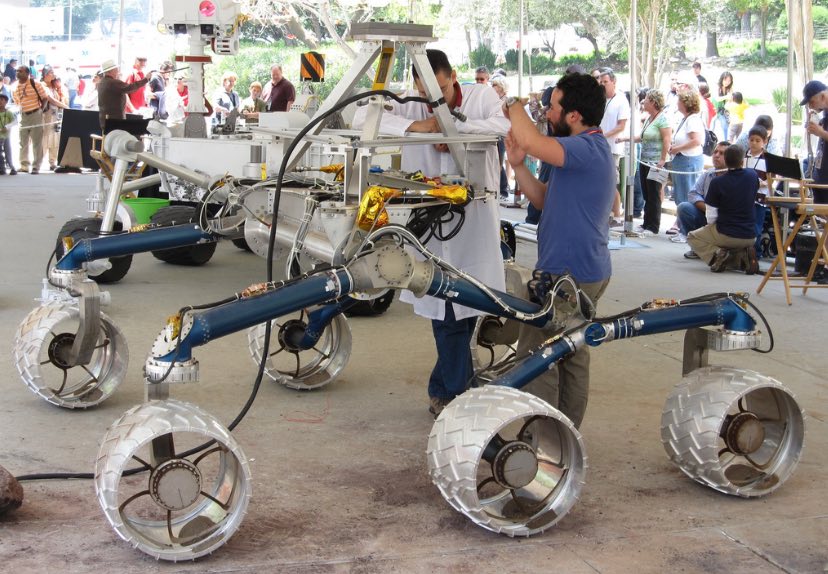 NASA’s Jet Propulsion Laboratory in Pasadena is once again offering its extremely popular open house event on June 9 and 10. Tickets are free, but required, and they typically go very, very quickly. That’s why we’re telling you now that your chance to score tickets is on Saturday, April 7, beginning at 9 a.m.

According to JPL, visitors of ‘A Ticket to Explore JPL’ will be able to catch 3-D films, check out the Spacecraft Assembly Facility or the Flight Operations Facility, talk with scientists and engineers, participate in children’s activities, and view various spacecraft, robots, and more. Exhibits will be available both inside the building and outside under tents. You can find a map of those exhibits, as well as restrooms and nearby food options, here.

Since 2016, JPL has implemented a ticket system to help quell the crowds at their annual open house. To snag those coveted tickets, you’ll need to go to this link starting at 9 a.m. on Saturday, April 7. You can reserve up to five tickets, which will come with a designated time slot on either Saturday, June 9 or Sunday, June 10, between 8:30 a.m. and 4 p.m. Tickets are required for everyone, save children under two, and adults 18 and over must bring both their ticket and ID. Tickets are free, and so is parking.

Groups can also book public and educational tours throughout the year, while individual visitors can try to hop on a weekly tour held for up to 10 people at a time. For more information on those tours, click here.