Here’s the June Lineup of Cinespia Screenings at Hollywood Forever 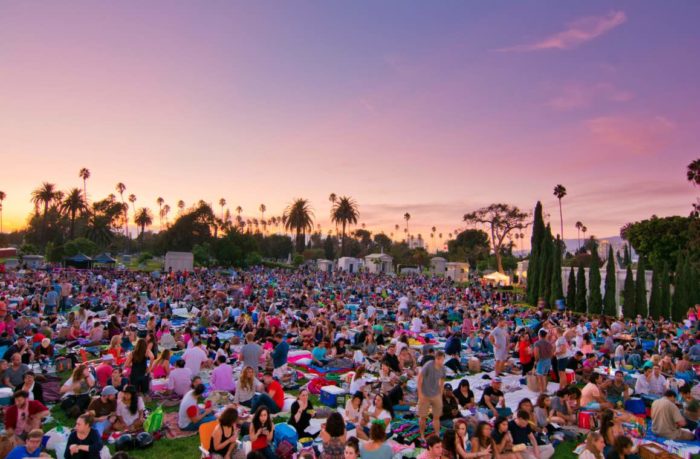 As one of the most beloved of all summer activities for Angelenos, Cinespia lures moviegoers, picnic baskets in hand, to Hollywood Forever Cemetery for screenings of films classic, cult, and modern.

Sponsored by Amazon Studios, Cinespia has returned for its 17th summer season, with five great classics scheduled for June. Check out the complete schedule below.

In this animated feature, a ten-year-old girl and her parents stop at what appears to be an abandoned theme park. After her parents are transformed into pigs, young Chihiro must learn to deal with this mysterious world ruled by gods, spirits, and witches so she can save her family. Spirited Away is Japan’s highest-grossing movie of all time.

In honor of Pride Weekend, see Patrick Swayze, Wesley Snipes, and John Leguizamo as NYC drag queens on a road trip whose car breaks down in a small midwestern town. The glamorous escapades also include RuPaul, Robin Williams, and Lady Bunny.

In his first cinematic adventure, intrepid archaeologist Indiana Jones deals with peril at every turn and fights off Nazis while on a quest for the Ark of the Covenant.

A beautiful icy blonde (Kim Novak), a detective (played by Jimmy Stewart) laden with issues both vertiginous and psychosexual, and 1950s San Francisco converge in this noir-ish thriller widely regarded as the masterwork of Alfred Hitchcock.