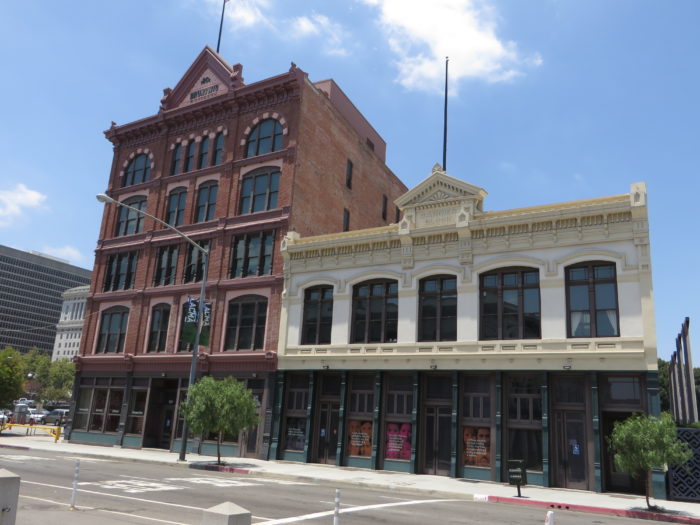 Another summer of free movie screenings is just around the corner at LA Plaza de Cultura y Artes. On June 30 LA Plaza launches the return of its annual free summer film series with a screening of Up in Smoke.

LA Plaza’s summer film series will feature five Latino-themed films over five months, one each month, concluding on October 20. Films will be accompanied by cast appearances offering meet and greet opportunities, live music, and other on-site activities and/or exhibitions.

All series events are free to the public and seating is available on a first-come, first-served basis. Guests are welcome to bring lawn chairs or blankets. Each screening will feature live music, along with food and beverages for sale. Doors for each film open at 6 p.m., except for October 20, when doors open at 5 p.m.

Check out the complete schedule of films below.

Up in Smoke, starring Cheech and Chong, is a picaresque stoner comedy whose dialogue has inspired the work of Quentin Tarantino. Martin Scorsese is such a fan of the cult classic, he cast the duo in his film After Hours.

Directed by Edward James Olmos and starring Alexa Vega, Walkout is based on the true story of a student walkout in East L.A. back in 1968 after a group of high-schoolers tire of inferior school conditions.

A Mexican-American native of Los Angeles is mistaken for an undocumented immigrant and deported to Mexico in this comedy starring Cheech Marin.