Local Natives are Playing a FREE Show on a Silver Lake Rooftop Tonight!

Need to add spice to you Thursday night?

We just found out that Silver Lake-based band Local Natives will be performing a free show on a Sunset Blvd bungalow rooftop beginning at 7 p.m. tonight, per their official Facebook page.

The sight of tonight’s show (pictured below) has some special meaning for the band, as they rented out building and built a rehearsal space during the process of writing/recording their sophomore album, Hummingbird.

With their building lease running out in August, the band apparently thought it was the appropriate time to give it one last paint job (incorporating cover art from their upcoming album release Sunlit Youth) and offer a free public show. 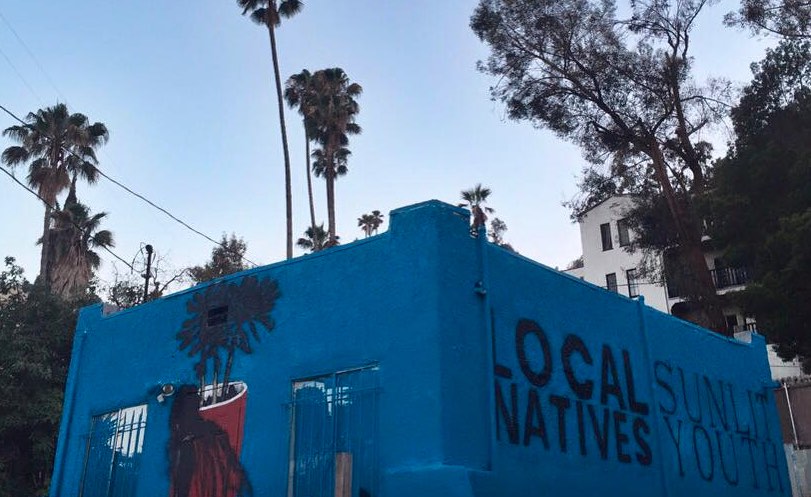 Based on the early social buzz, we’re guessing this is going to draw a major crowd, so be prepared.

The bungalow is near the intersection Sunset and Micheltorena, just north of the painted stairwell that runs up the hill.

If you can’t make the concert, the band will be live streaming it from their Facebook page as well.