Remember the anonymous artist group behind the Griffith Park Tea House back in 2015 and Petal Drop LA in 2016? They’re back with another site specific installation, this time located in the areas recently burned by the La Tuna wildfires.

The installation, titled Lost And Found LA, will adorn the canyon’s charred trees with a natural gold material, illuminating the damage and embracing the flaws left by the fires, which burned through over 7,000 acres through the Verdugo Mountains this past September.

The project was inspired by the Japanese practice of kintsugi, the art form of repairing broken pottery by filling cracks with lacquer and gold. It’s a philosophical message of treating the repair as part of the history of an object, rather than something to forget. Lost And Found LA is intended as a visual comment on the fragility of nature and the need for more care of our surrounding landscapes. 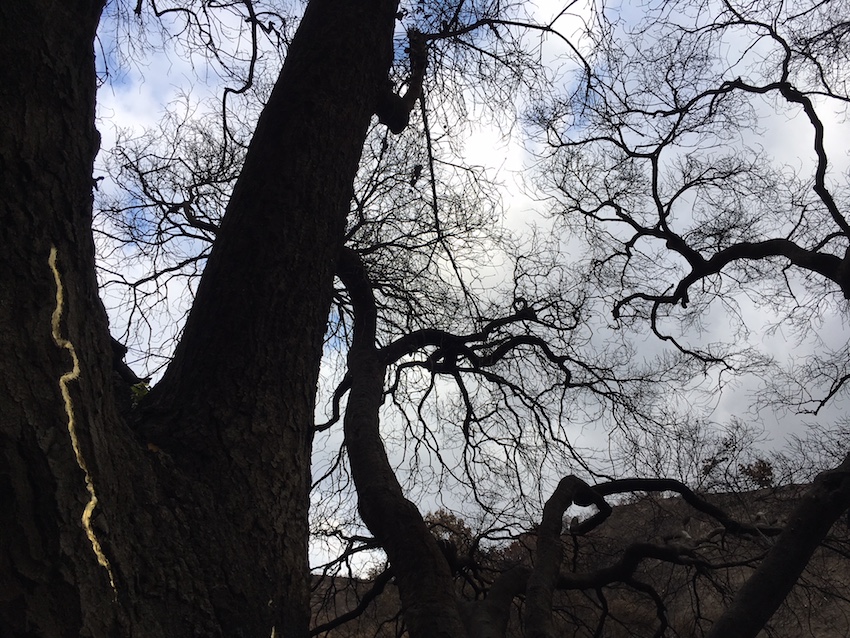 In addition to the illuminating trees, guests are welcome to sit on gold detailed furniture to reflect on this message.

UPDATE: The exact location to view Lost and Found LA has been announced. The installation can be found at the north end of Del Arroyo Drive, off of La Tuna Canyon Road. Visitors are instructed to park in the lot at the end of Del Arroyo, on the left, then look for the trail up the canyon to the right of the road. It’s described as a short hike. Additional notes and a rough map can be found here.

As a reminder no tickets are required to view the installation, and there will be no lines or waiting (although if it goes viral, it may induce higher than usual foot traffic on the trails). 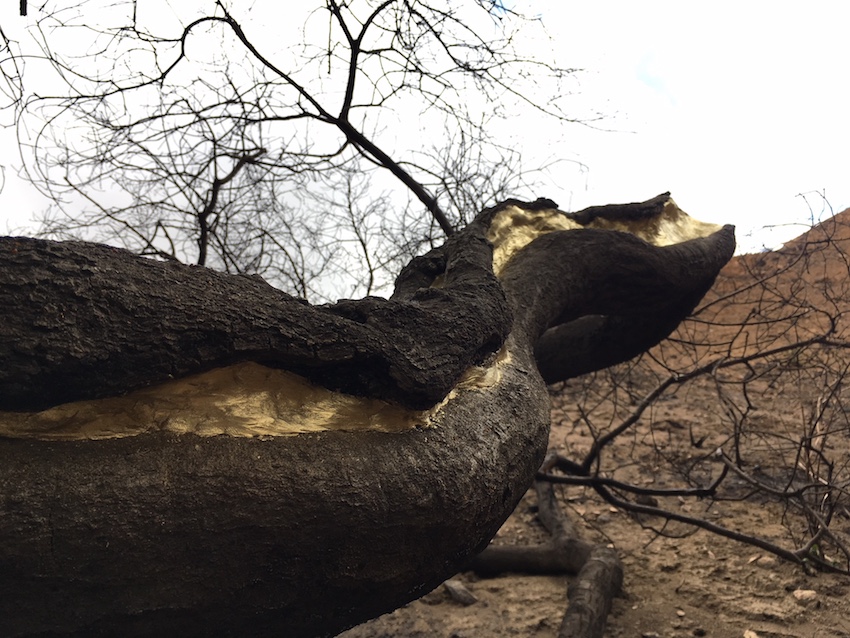 Organizers strongly encourage visitors to stay on the trail and keep sound to a minimum out of respect for surrounding neighbors.