Momentum is Building to Open a New Dog Beach in L.A. County

L.A. County has 75 miles of coastline and nearly three million pets in households but only one off-leash beach. For some dog owners, that math simply doesn’t add up.

Jeff Douek, co-owner of WeHo Bistro, recently launched a campaign to establish more off-leash dog beaches which has now garnered more than 100,000 signatures in an effort to be included in the upcoming Nov. 8 ballot.

The organizers need 146,000 signatures from registered voters in L.A. County but to be safe they’re aiming for at least 200,000 to receive enough qualifying signatures for their May 15 deadline (the official deadline is June 15), according to the Daily Breeze. 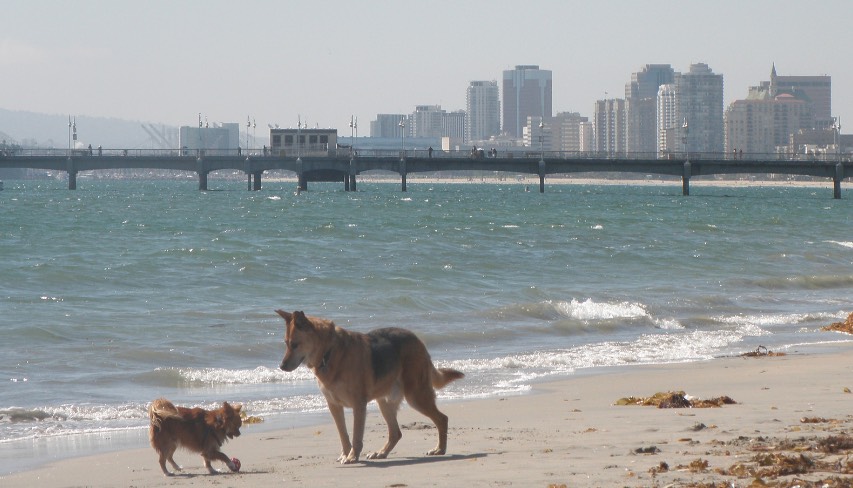 The proposition asks for three to five off-leash areas at county beaches that would be about a quarter-mile wide and no further than a 10-mile drive from the next off-leash area.

Rosie’s Beach in Long Beach is currently the only off-leash dog beach in L.A. County and spans four acres while Leo Carrillo in Malibu only allows dog on leash and with more than 60 miles in between there are no beaches in between that allows for dogs either on or off leash.

Proponents are hosting a signature-gathering event at Rosie’s on May 14 from 11 a.m to 3 p.m. and if the measure is approved county officials would designate the specific sites for the dog runs.

This measure would provide that each dog owner/guardian pick up after their dogs, though the potential for irresponsible pet owners leaving their messes behind is a concern that weights heavy on the mind of potential dog beach opponents.

On the plus side, Douek points out the additions would not only benefit Angelenos and their pets but the increase in revenue from parking fees would be a boon to the city.

“The parking revenue is going to skyrocket if it passes,” Douek told the Daily Breeze. “L.A. County has 75 miles of coastline and all this asks for is three to five zones a quarter of a mile wide.”