L.A. is Getting a New 22,000 Seat Soccer Stadium in Exposition Park

Move over NFL, you’re not the only ones building a stadium in the city of angels.

A brand-spanking new $250 million soccer stadium in Exposition Park was unanimously approved by the Los Angeles City Council this past Friday after reviewing the Final Environmental Impact Report (EIR) and additional environmental and entitlement agreements for the Los Angeles Football Club (LAFC).

Designed by Gensler, an architectural firm based in Los Angeles, the stadium will house 22,000 seats and 100,000 sq. ft. of eateries, office and conference rooms, and even a museum dedicated to the sport of soccer. 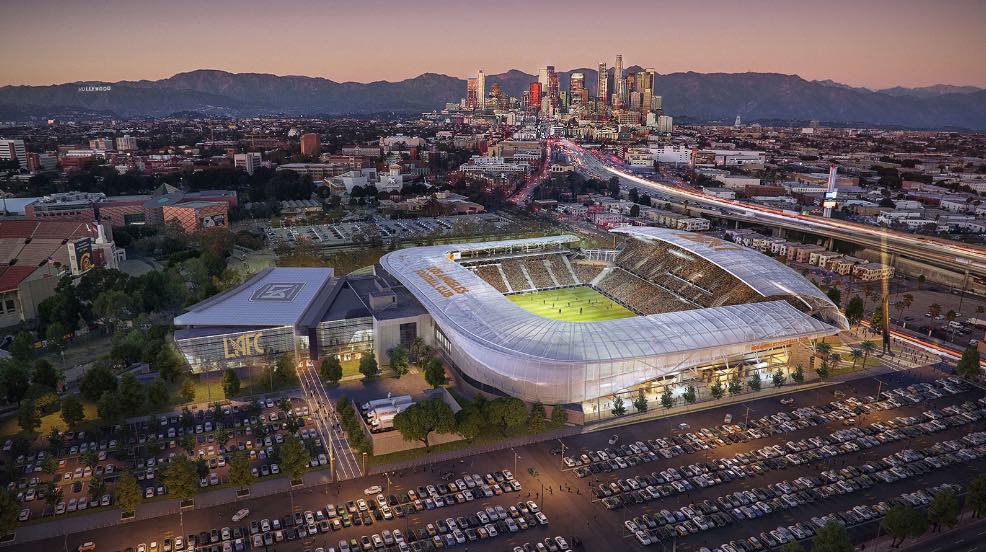 LAFC has rallied together in celebration over their exciting new venue. With a new crest and team colors that boast Los Angeles history and pride, the 27-member club has recently embraced Co-Founder of Riot Games and Co-Creator of League of Legends Brandon Beck and actor Will Ferrell.

Our Community. Our Club. 👉🏽 @ourLAFC #LAFC

Approval was no easy feat though.

In the span of 18 months, the LAFC had a few hurtles: a series of entitlement, environmental, and infrastructure reviews in addition to winning over the support of the City Council, the State, Los Angeles City Planning Commissioners, Exposition Park Commissioners, Coliseum Commissioners, as well as USC, who controls the actual site.

Since dotting all the i’s and crossing the t’s with the Council, LAFC can now claim the arena and begin construction this summer.

The new stadium is expected to be completed in 2018, just in time LAFC’s debut season, and the hope is that the stadium project will generate over 1,200 new construction jobs and 1,800 full-time operational jobs.

Perhaps most important to cost-conscious angelenos, the stadium build-out is being privately financed, according to the LAFC website.