These are the 2018 Oscar-Related Street Closures in Hollywood 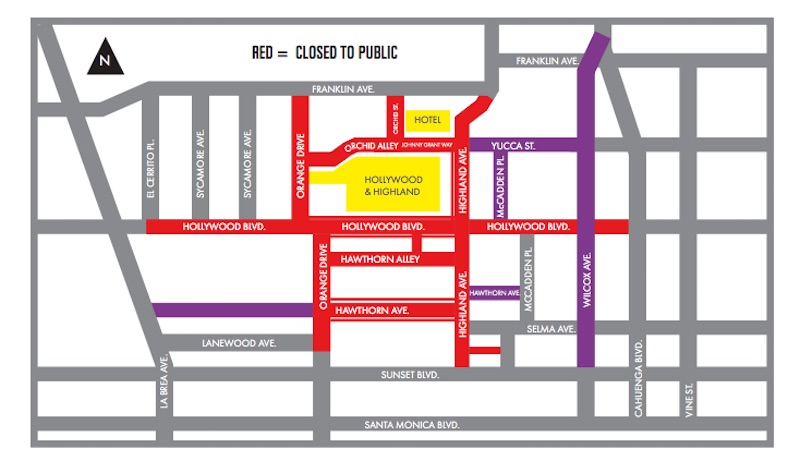 The 90th Academy Awards Ceremony will take place on March 4 this year. As any Hollywood denizen knows, the annual event results in numerous week-long street closures surrounding the Dolby Theater. The full list of closures, plus maps, can be found here. Below are the highlights:

From today through March 7 at 6 a.m., Hollywood Boulevard will be closed between Highland Ave. and Orange Drive.

Sunday, March 4, From 10 p.m. through 6 a.m. on Wednesday, March 7, there will be no parking or stopping on either side of Hollywood Blvd. or Hawthorn Ave. between Highland and Orange. The L.A. Department of Transportation has warned that if you park there, you’ll be towed, City News Service reports.

The Metro Red Line train will skip the Hollywood and Highland station on March 3 after 6 a.m. until March 5 at 6 p.m., according to Metro’s The Source. Metro advises using the Hollywood/Vine station instead.

There will also be sidewalk closures on March 4, including Hollywood Blvd. near Highland Ave., save a pedestrian access point on the south sidewalk. More details via the Oscars here.