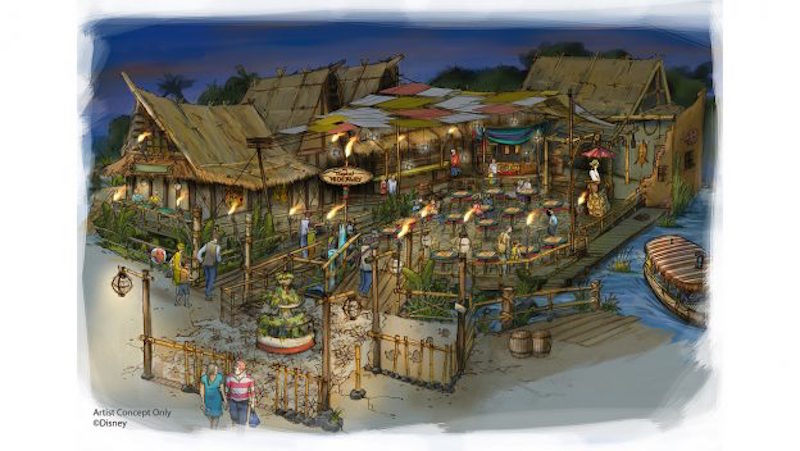 Disneyland has announced only slim details regarding an upcoming Adventureland restaurant, but we do know a few things. It’ll be called Tropical Hideaway, and it’ll launch in the space formerly occupied by Aladdin’s Oasis, in between Jungle Cruise and Walt’s Enchanted Tiki Room.

According to Disney Parks Blog:

This one-of-a-kind destination will be a popular rest stop for Adventureland locals and weary explorers alike. Guests will be able to rub elbows with their favorite skippers in an exotic traders’ market, featuring all of the sights, sounds and flavors of the tropics.

The space was once home to Tahitian Terrance, a Polynesian restaurant with a stage show. Tahitian Terrace closed in 1993, and later became Aladdin’s Oasis, which served Middle Eastern cuisine, but has since shuttered.

According to the OC Register, Tropical Hideaway won’t be a full-service restaurant, nor will it serve alcohol. It’s not clear when it’ll open, but the renderings, complete with an outdoor patio, look pretty cool.