Oz Gets an Apocalyptic Twist in Speakeasy Society’s Interactive Play, ‘The Kansas Collection’ 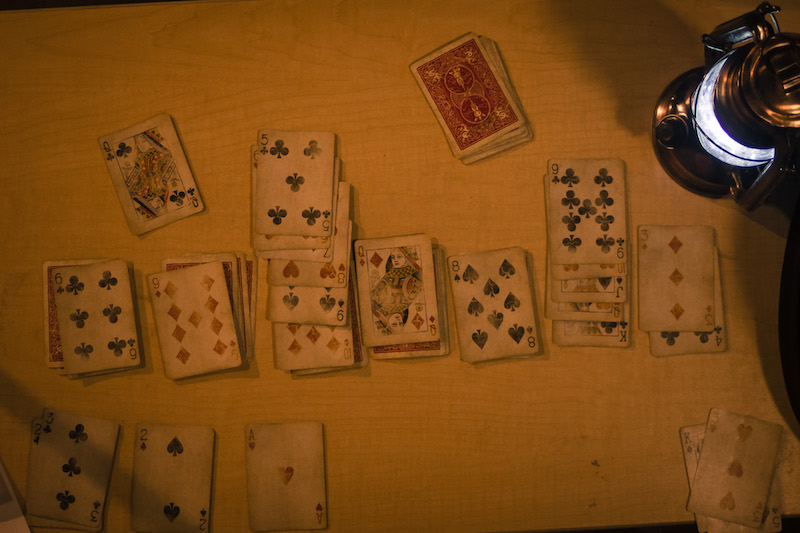 The Kansas Collection is a dystopian take on the Land of Oz Photo: Andrew Wofford

The last time I personally visited the fabled land of Oz, I was introduced to two men: Jack Pumpkinhead and Tik Tok. They asked me to help them prepare invitations to Oz’s own Royal Wedding. As it turns out, the Scarecrow King was getting hitched. We sat at a table, stamping black, inky keys on envelopes. Several weeks later, I received a familiar envelope in my own mailbox, back on Earth. Inside was an invitation to that very wedding.

But that wasn’t the first time I visited Oz. That was way back in the winter of 2017, when immersive theater company The Speakeasy Society invited me to the first chapter in their multi-part series, The Kansas Collection. It’s an original take on our favorite Frank L. Baum characters, set in a bleak, dystopian future. Our gingham-frocked heroine is missing and the Scarecrow has been left in charge. He might have a big brain, but he hasn’t been a kind despot, banning all magic from the once vibrant land. A civil war has been brewing and you, as an audience member, play a key role. You’ll interact with characters, complete tasks, and solve puzzles along the way. It’s like being a character in a dark Oz video game, where every decision changes future encounters. (If you’re a fan of Telltale Games’ The Wolf Among Us, this is up your alley.)

“Our goal was to create a character-driven, episodic series where you become a part of the story,” Speakeasy’s Julianne Just said. “Unlike television shows, you have an opportunity to choose a side and craft the path of your individual narrative. Depending on the choices that you make, you may receive a different side of the story than other participants.”

In a way, it’s kind of like Game of Thrones, except you get to decide if you’re siding with Daenerys Targaryen or Cersei Lannister, or maybe you just want to Littlefinger the whole thing up.

But wait! Why am I telling you this now if the story is already well underway? Well,  Speakeasy’s Matthew Bamberg-Johnson describes Kansas’ next show—Chapter 5: The Vow—as the mid-season finale and the perfect time to jump aboard.

“The Vow is a great place to jump into the series,” he said. “We have created a special experience geared specifically toward people new to the story.” 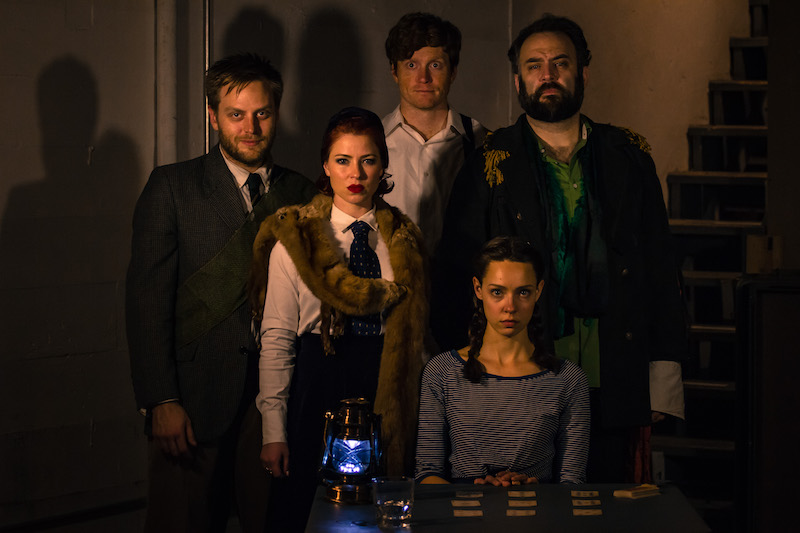 Which faction you choose changes your story. Photo: Andrew Wofford

While previous chapters have been short, 20-30 minute installments at locations near Chinatown, East Hollywood, and Atwater Village, The Vow is a 90-minute show, replete with food and drink, held at St. Mark’s Episcopal Church in Glendale. Built in the late 1800s, this historic and opulent church is the perfect setting for a wild wedding.

“While the participants are from Oz, they have researched what weddings here on Earth tend to look like and are trying to honor and execute something that resembles a ‘traditional’ wedding here in America,” Bamberg-Johnson said. “They got some of the traditions a bit mixed up, but they are doing their best.”

Guests should expect to see several of the church’s spaces, including its magnificent courtyard, used in a variety of ways. And though this is a wedding, Speakeasy’s Genevieve Gearhart suggests dressing comfortably and in sensible shoes.

“You will be moving throughout the space—sitting, standing, crouching, sometimes very quickly,” she said. “Actors will speak directly to you. They may ask you to perform simple tasks, and you will be encouraged to interact with them.”

While those familiar with the books or film adaptations may find plenty of similarities, one should expect lots of twists and turns. Those who have somehow never read or watched anything Oz shouldn’t fret either. No advance reading is required. 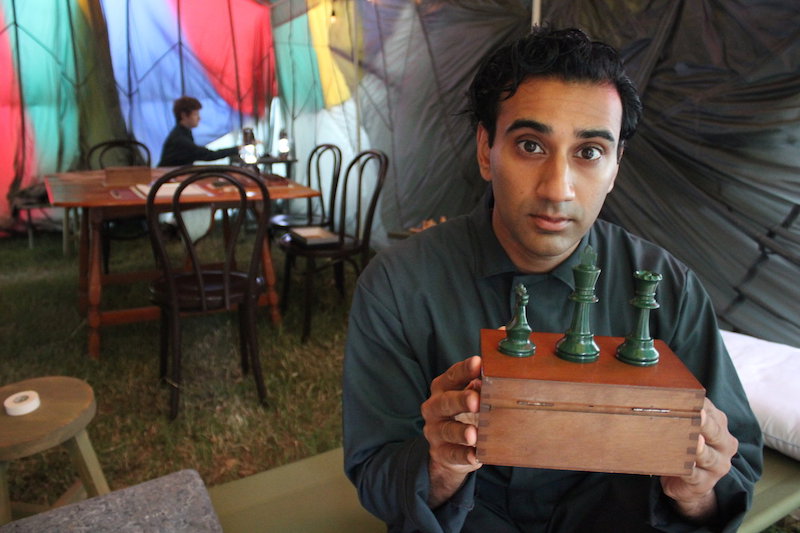 Chapters six, seven, and eight will debut before the end of the year. In early 2019, Speakeasy will remount chapters one through eight for those guests who’ve missed or would like to repeat chapters before closing out the series with the final two installments. In between chapters, expect supplemental content, which has previously included emails, letters, puzzles, and scavenger hunts. Not all audience members will receive the same content, as what you receive depends on choices and allegiances made. Additionally, if you happen to receive a physical item during the show, hold onto it; it may come in handy later.

Speakeasy Society presents The Kansas Collection, Chapter 5: The Vow on select dates August 9-25. Tickets are $80-$100, and include hors d’oeuvres and drinks. You can find tickets here. Newcomers are asked to buy a ‘New to Kansas’ ticket and should plan to wear white to the wedding.