Five years in the making, PST:LA/LA is the second installation of arts initiative Pacific Standard Time. The first PST program took place in 2011 and 2012 and told the story of the birth of L.A.’s art scene, from 1945 to 1980. This second initiative, PST: LA/LA, examines the Los Angeles art scene through the lens of Latin American art and its impact on the City of Angels.

Pacific Standard Time: LA/LA continues through January 2018 and offers hundreds of different exhibitions and programs at 70-plus cultural institutions across Southern California, from Santa Barbara to San Diego and points in between.

This celebration of the cultural diversity of Los Angeles begin on September 14, with a major and FREE launch party in Downtown Los Angeles’s Grand Park. Then, on Sunday, September 17, immerse yourself in Latinx culture when over 50 exhibitions are open to the public, free of charge, during PST: LA/LA‘s Free Day.

With such a staggering number of shows and events on view, you might feel a little overwhelmed wondering which ones you should check out. No worries — we’ve compiled a list of select highlights from the PST: LA/LA events we think are worthy of your time.

From Latin America to Hollywood: Latino Film Culture in Los Angeles, 1967-2017 at The Academy of Motion Pictures Arts and Sciences

The Academy of Motion Pictures Arts and Sciences, one of Los Angeles’ most noteworthy institutions for film preservation. is behind some of the best screenings in the city at their state-of-the-art facilities in Beverly Hills and Hollywood, both of which frequently offer screenings, open to the general public, for just $5 per person.

The US-Mexico Border: Place, Imagination, and Possibility at Craft and Folk Art Museum

Visit CAFAM, in the Mid-Wilshire neighborhood right near LACMA, to view The US-Mexico Border: Place, Imagination, and Possibility.  Featuring artists from numerous different disciplines, including design, architecture, painting, photography and  sculpture, it examines the border between the U.S. and Mexico as a physical place and as a source of imagination and possibility. This socially engaging show at this small-but-essential museum features work from Teddy Cruz, Adrian Esparza and more. -> More info here

Recognizing the richness of Oaxacan culture and its people’s impact on Los Angeles, this show at the L.A. Central Library in DTLA includes an installation in the library’s rotunda from Oaxacan artist collective Tlacolulokos, a short documentary by Oaxacan filmmaker Yolanda Cruz, and 60 different public programs. On Saturday, September 16, you’ll want to attend the free opening party celebrating this new exhibition. -> More info here

Found in Translation: Design in California and Mexico, 1915–1985 at LACMA

Mexico has had a huge impact on the design sense of Californians, so it’s fitting that a major museum finally examines this relationship. Looking at Spanish Colonial Inspiration, Pre-Columbian Revivals, Folk Art and Craft Traditions, and Modernism, delve into the aesthetics of both locations via hundreds of objects, including architecture, photos, drawings, and films, for a sense of both locations’ structures. Consider the work of design luminaries like Charles and Ray Eames, Richard Neutra, Luis Barragán, Clara Porset and more in a new way. -> More info here

Sacred Art in the Age of Contact: Chumash and Latin American Traditions in Santa Barbara at UCSB

Even if you’re not a fan of organized religion, you may find tremendous beauty in this show of art focusing on traditional spirituality. Borrowing work from local collections, from the time of the first contact between the Chumash and the Spanish in the late 18th century and onward, this peek at early colonial art may inspire awe, or at least a greater sense of local history. -> More info here

Argentina, long perceived as very different from her Latin American neighbors due to a large middle class, a sizable number of European immigrants, and, until 2001, a strong economy, is the focus of this show featuring 300 works by 60 artists. A room of visuals focusing on Evita Peron, the myth of the gaucho, and a series examining people of wealth literally trapped behind bars in their own homes are just some of the highlights of this fascinating cultural examination of South America’s second-largest country. -> More info here 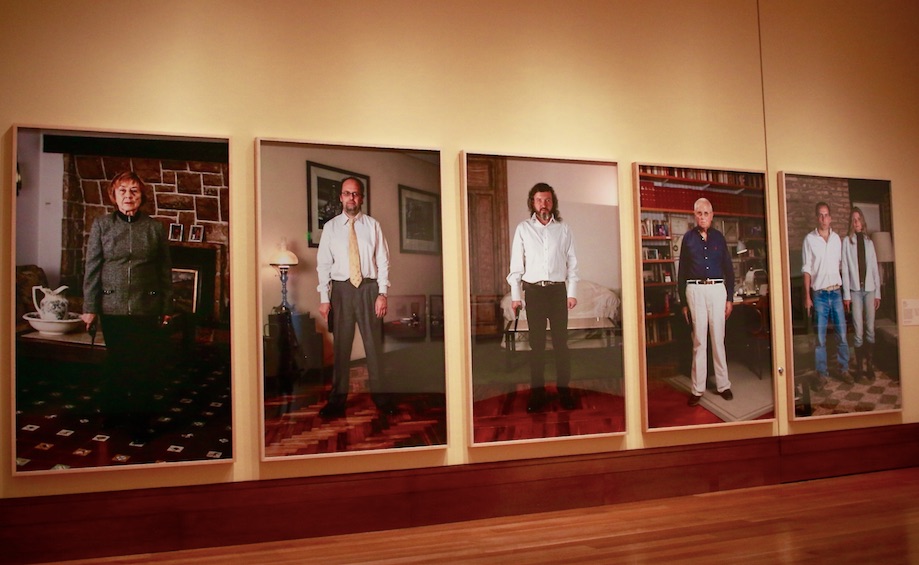 From “Photography in Argentina, 1850-1910” on exhibition at The Getty Center. Photo by Christina Minh.

Born in Mexico but raised in the U.S., Jewish writer Anita Brenner was part of the inner circle of Mexican Modernist artists of the 1920s, including Frida Kahlo, Diego Rivera, and Jose Clemente Orozco. At this exhibition at then Skirball, learn about Brenner’s impact on introducing the United States to the artistic wonders of Mexico. -> More info here

Experimental artworks from 100 women from 15 Latin American countries (and Latina and Chicana descent) comprise this show at Westwood’s Hammer Museum. Via photography, video and installations, examine the impact of feminist and radical women’s art and their influence around the globe. -> More info here

Cuba: Antes, Ahora / Cuba: Then, Now at The Music Center

To view the entire schedule for PST: LA/LA, click this link, and savor these many opportunities to dig into this massive undertaking sure to create a lasting impact on Los Angeles culture.