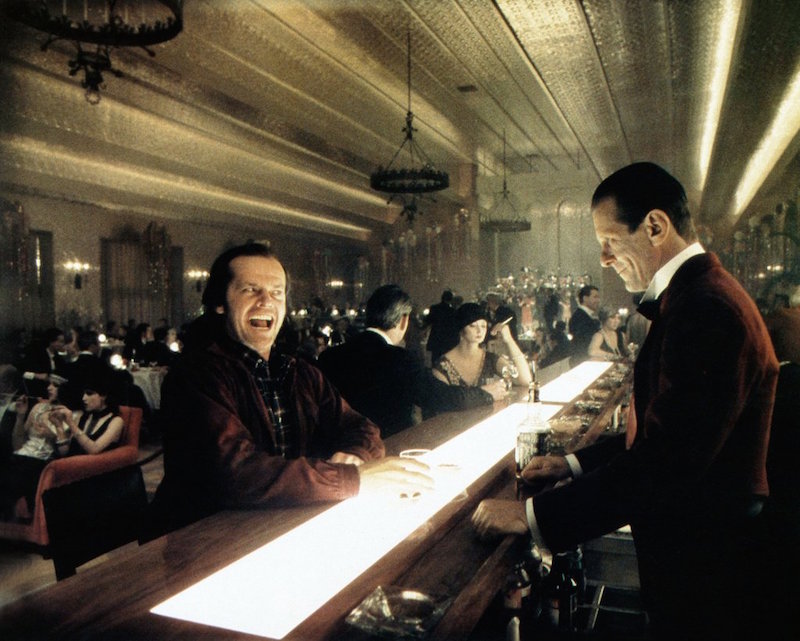 Editor’s update 3/9/2018: The Mystic Museum has reached out to We Like L.A. to inform us that due to unforeseen circumstances the event has been cancelled for all dates. Condolence emails and refunds will be issued by Mystic Museum effective immediately. Ticket holders will get free entry to see the horror themed exhibit & art show

If you can’t book a weekend at the Overlook Hotel, perhaps you’ll be content to spend an evening at The Gold Room via the Mystic Museum’s The Shining pop-up.

Bearded Lady’s Mystic Museum hosts a number of supernatural and horror-themed art shows, including displays of Ouija boards and tributes to author H.P. Lovecraft. Currently on display now through May is an art show paying homage to Stanley Kubrick’s 1980 horror film, The Shining. (I also once bought a notepad with the Overlook Hotel carpet pattern on the cover there, if that’s the sort of thing you need to add to your stationery collection.) Perhaps most exciting, however, is your chance visit the Redrum Parlor Speakeasy.

The Shining, based on the Stephen King novel of the same name, is about a young family hired as winter caretakers of the very haunted Overlook Hotel, a palatial hotel nestled high in the mountains of Colorado. It remains one of the history’s most critically acclaimed horror movies.

In the film, Jack Nicholson plays patriarch Jack Torrance, a struggling writer and a recovering alcoholic. He moves into the hotel with his wife Wendy (Shelley Duvall) and their young son, Danny (Dan Lloyd). The snow falls, confining them to the virtually inaccessible hotel.

Despite Jack’s better intentions, he soon falls prey to the pernicious spirits in the hotel, particularly after coming across an ornate ballroom known as The Gold Room. To the outside observer, it’s a completely empty room, with no liquor on the shelves. Yet Jack finds a well-stocked bar, staffed by a ghost named Lloyd (Joe Turkel) who gladly pours him drinks while Jack vents about Wendy. Jack later returns to find dozens of ghosts engaged in a party, set in the Roaring 20s, where Lloyd happily serves him again—free of charge. (Interestingly, the novel calls the ballroom ‘The Colorado Lounge’ and there are many conspiracy theories about Kubrick’s choice to change the name.)

Mystic Museum will recreate The Gold Room via their speakeasy pop-up. The night will be complete with live music, DJs, magicians, and actors portraying Jack, Wendy, and Lloyd. Guests are encouraged to dress up in 1920s attire or outfits inspired by The Shining, but costumes are not required.

The Redrum Speakeasy Parlor is on March 10, March 23, April 13, and April 28 from 8 p.m. to midnight. Tickets are $75 and include themed food and cocktails plus a novelty whiskey glass.