The Silver Lake Reservoir’s new pedestrian path will officially open to the public this weekend. The path, known as the South Dam Crossing, was a piece of the 2000 Silver Lake Master Plan, which stated “the most important public element of the Master Plan is the creation of an accessible, continuous pathway for walker and joggers around the entire reservoir that is separated from vehicular traffic.”

Councilmember Mitchell O’Farrell and the Los Angeles Department of Water and Power (LADWP) will co-host a grand opening celebration on Saturday, February 10th, beginning at 10 a.m.

As you may recall, the Reservoir was drained in 2015 for construction and no longer serves as a place to store our drinking water. That’s all been moved underground. This left the Reservoir empty until spring of 2017, when it was refilled (despite lots of talk about turning it into a city beach). Construction on the path began in late 2017, and included the addition of safety fencing and access gates. According to O’Farrell, there are also 33 new trees Chinese Flame and Australian Willow trees. 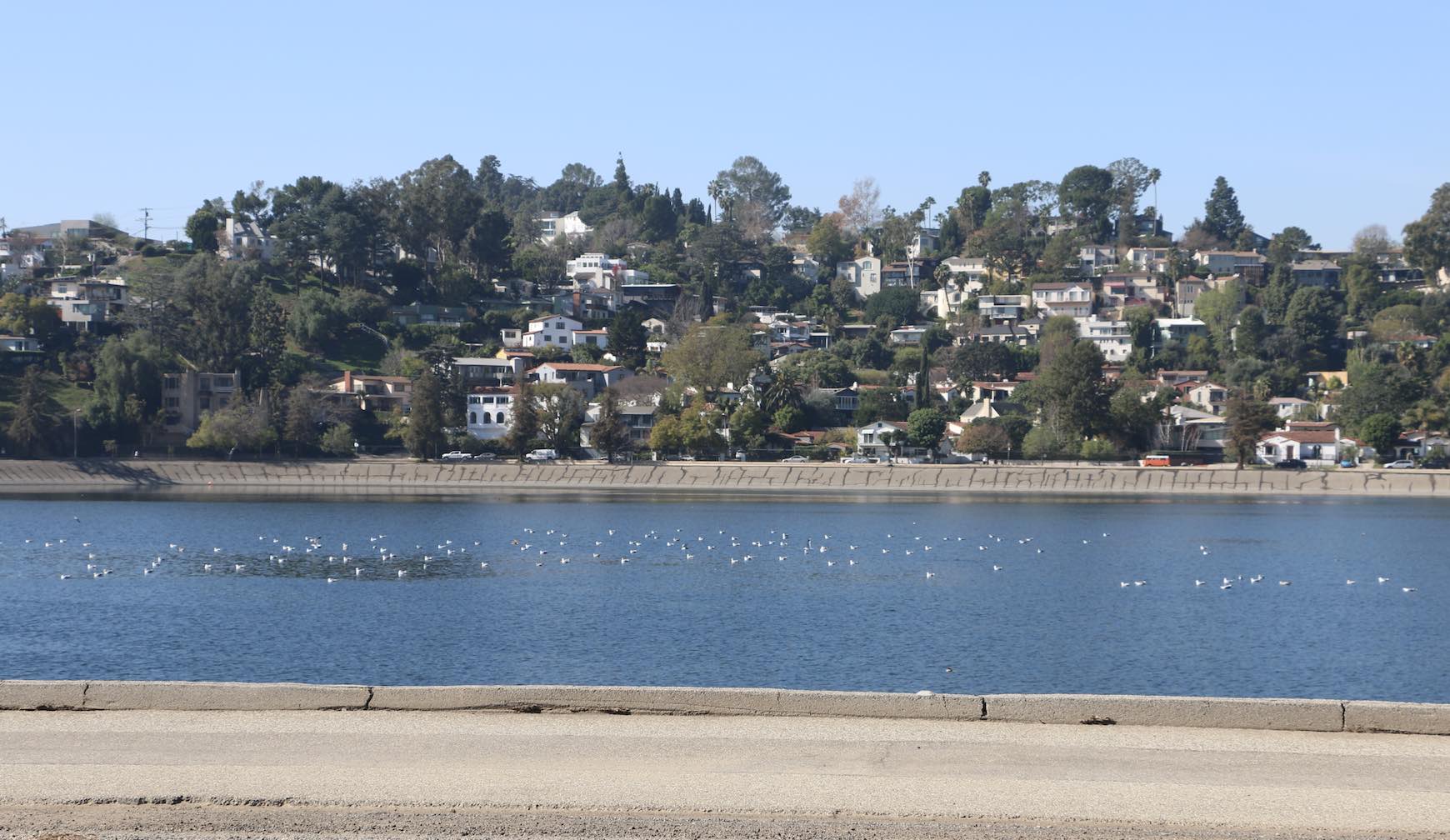 A view from the east side of Silver Lake Reservoir. Photo by Brian Champlin

On Saturday, there will be a ribbon cutting at the South Dam’s east entrance following brief comments from O’Farrell, Mayor Eric Garcetti, Congressman Adam Schiff, and Assemblywoman Laura Friedman. At 11 a.m., guests can join a 2.2-mile guided educational walk around the Reservoir. (No bikes or pets allowed.) You can find the Facebook event for the celebration here. 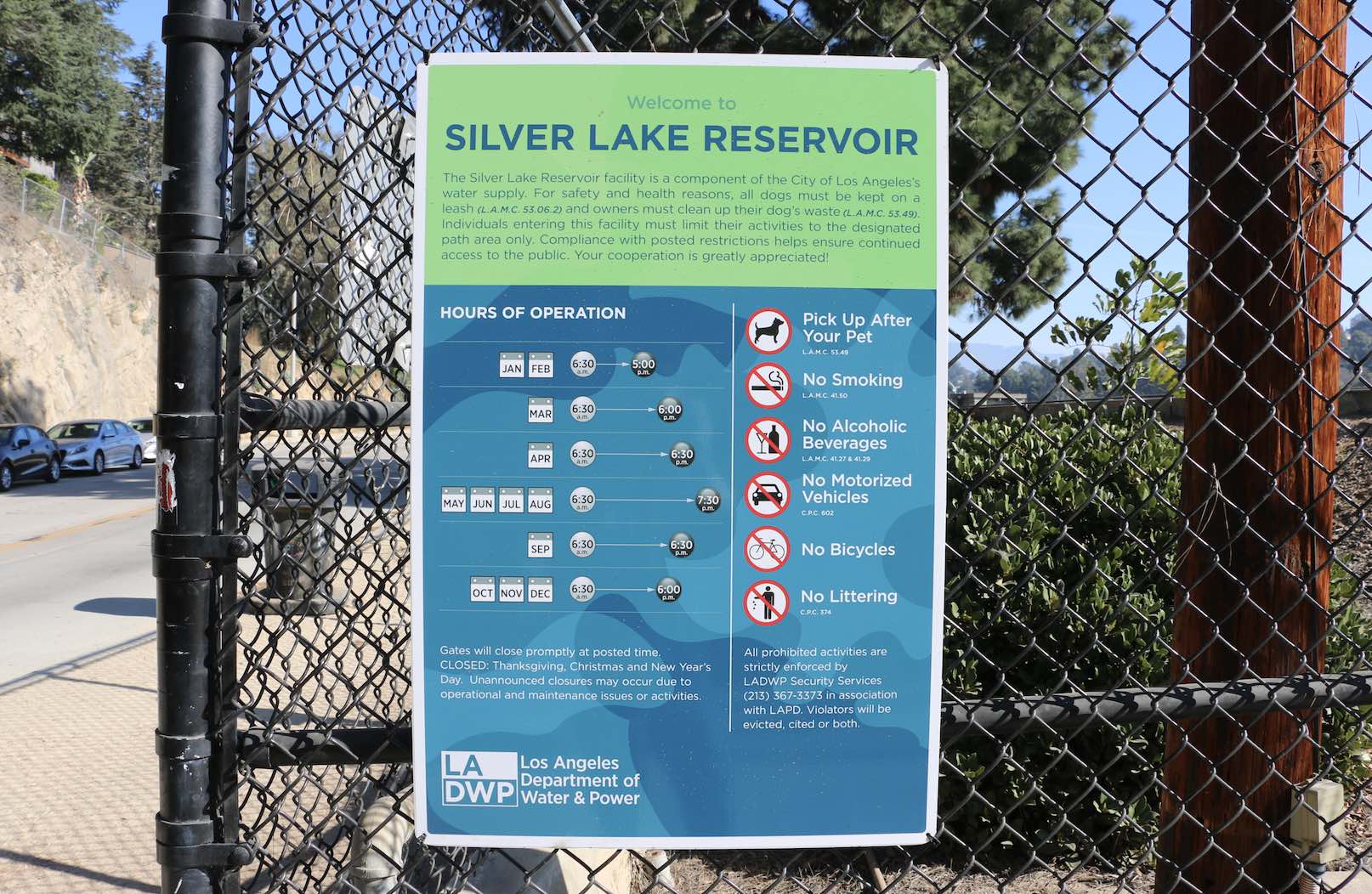 A sign shows the hours at the Silver Lake Reservoir. Photo by Brian Champin

Following the event, the path will remain open to the public from dawn to dusk.