Reminder: You Can Use Your L.A. Library Card to Stream Over 30,000 Films for Free

Your Los Angeles library card already nets you a lot of extra perks, including access newspapers, magazines, online course, and audio books. Thanks to a partnership between online streaming service Kanopy and the County of Los Angeles Public Library, you can also use your card to access over 30,000 streaming films. It’s essentially like Netflix, but totally free! 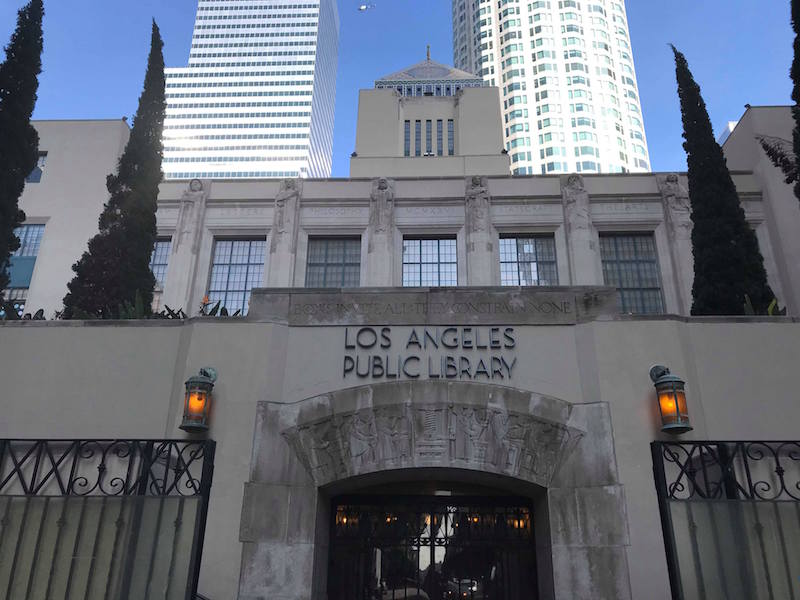 Olivia Humphrey founded Kanopy in her garage in Australia in 2008, with the intention of bringing streaming films to educational institutions, including libraries and universities. Kanopy is now headquartered in San Francisco, and has partnered with 200 library systems in the U.S. and 1,200 individual libraries across the U.S. and Canada.

About two-thirds of Kanopy’s titles are documentaries, including KCET’s The Migrant Kitchen, MineCraft: Through the Portal, and I Am Not Your Negro. Elsewhere, you’ll find a diverse helping of indie and foreign films, festival picks, classic and critically acclaimed selections, and numerous Criterion Collection films. There are a lot of fun surprises, too, including French new wave, classic and cult horror, comedy specials, and even one of those comforting fireplace videos. After all, some days you’re in the mood for Donnie Darko or His Girl Friday; other days, you might be really feeling the 1990 horror-comedy I Bought a Vampire Motorcycle. 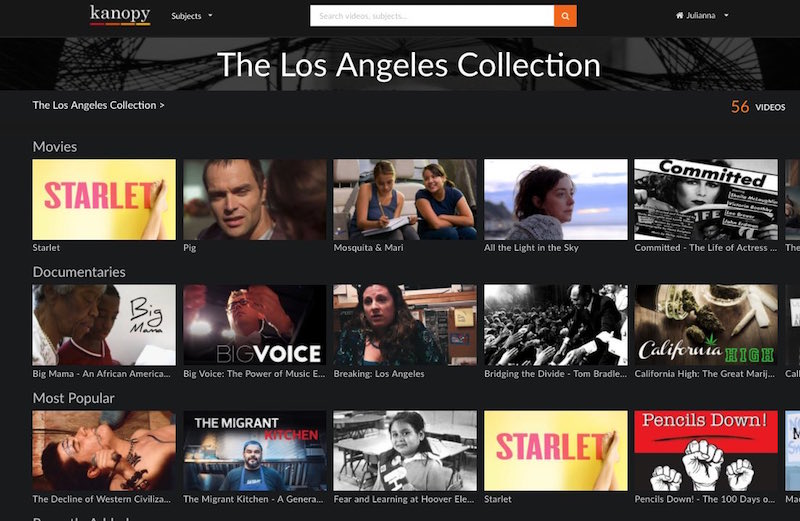 They also have a special Los Angeles section, where you’ll find both movies set in L.A., like Sean Baker’s 2012 indie flick Starlet, and documentaries about Los Angeles, including L.A. punk film The Decline of Western Civilization.

Any Angeleno with a valid library card from any of the county’s 93 branches can access Kanopy’s massive catalogue. All you have to do is sign up using your email address, after which you’ll receive an email asking you to verify your account. This will take you to a separate page where you enter the number on the back of your library card.

L.A. Library cardholders received 10 play credits, which reset on the first of each month. You use one credit each time you play a film, but you’ll have three days to watch that film as many times as you like. You can use Kanopy on your computer, Roku, Chromecast, or AppleTV, or via their app available for both iOS and Android.