Lots to cover this week (especially for freebie hunters) so let’s dig in!

To start with, Angel City Brewery will host a free beer making class this Thursday, Creamistry will be giving away nitrogen ice cream on Friday and Mexicali will celebrate their 5th year anniversary by gifting tacos to customers on February 15.

We just did a round-up of the best dim sum spots in L.A. so be sure to check that out too 😉.

Friends…mark your calendars! We will be celebrating our 5th anniversary on Feb 15th! Stop by from 11a-3p that day & tell our cashier "Happy 5th Anniversary" and receive 2 free tacos! Thanks for your support, patronage & an awesome first 5 years!! #dinela #lataco #infatuationla #eeeeeats #mexicalitaco #dtla #chinatown

The folks over at Mexicali’s Taco & Co. are celebrating their 5th anniversary on February 15 by giving away two free tacos to customers from 11 a.m. to 3 p.m. Unlock the offer by wishing them a happy anniversary 😉

Where is the best dim sum?

In the SGV of course! Sorry… rest of Los Angeles County. Check out our top 8 Spots for the Best Dim Sum in Los Angeles. It’s totally worth the drive 😁 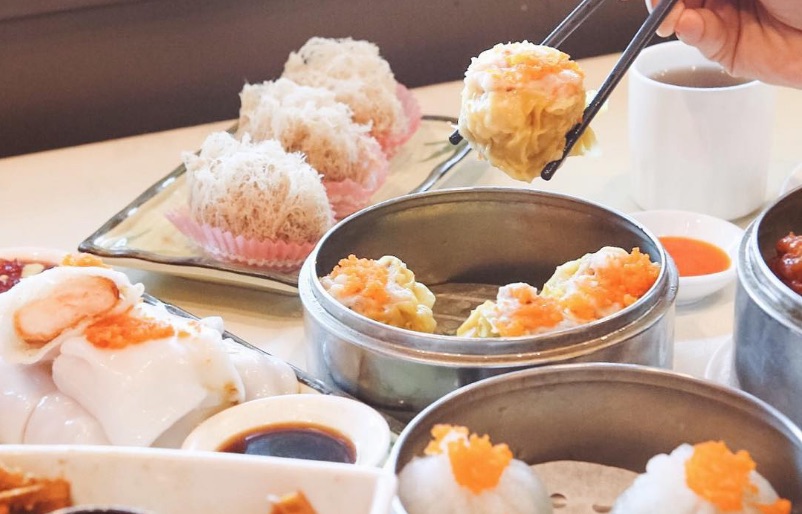 Hollywood’s Franklin & Company is launching a new weekly Free Movie Night. Every Tuesday the gastropub will play a movie over their TVs and offer a different specialty cocktail, themed to the film for just $6. This week it’s Sunset Boulevard.

Tuesday Movie Night starts this Tuesday, February 7th at 9pm. The theme this month is Best Picture Losers. Films that were nominated but lost the Best Picture Category when arguably they should have won. Come have dinner and drinks, watch a great movie and join the discussion! This Tuesday's film is Billy Wilder's 1950 noir drama Sunset Boulevard that lost the Oscar to All About Eve #franklinandco #franklinvillage #movienight #sunsetblvd #billywilder

On February 18 and 19, the LA Convention Center in DTLA is hosting the 3rd Annual LA Cookie Con. After selling out for two years in a row, Cookie Con is returning as the West Coast’s largest baking and pastry expo with samples from over 275 local shops and brands.

The Chocolate and Art Show comes to The Vortex in Downtown Los Angeles February 17 and 18 for two nights of fine art, tasteful music, and delicious chocolate. Many of L.A.’s rising artists and confection artisans will showcase their work and loads of complimentary chocolate will be given out throughout the evening.

Five days of $1 oysters at Messhall

From February 10 thru Valentines Day (February 14) Messhall Kitchen will be serving $1 oysters during dinner service.

TV Dinners are back!

TUNE IN – Starting Monday we're introducing crazy good TV dinners – 5 to be exact. 📺. Comment below with your favorite TV/dinner combo!

NHMLA & Angel City Brewery Presents: Citizen Science + Suds an event held at Angel City Brewery to promote civic involvement through a creation of a communal beer! That’s just part of the focus of the new series, expect lively conversations about urban planning, marine conservation and civic science in the mix as well. There will be three events taking place until March, the first event is this Thursday.

"What America needs now is a drink." -FDR

Thursday, February 9 is National Pizza Day so head to Ray’s & Stark Bar at LACMA from 3 to 6 p.m. and get a margarita or pepperoni pizza and two root beer floats for just $20. Add a shot of Exquisito dark rum for $7 each 😏

This Thursday, it's all about #NationalPizzaDay! Stay tuned this week as we take you through our process creating wood-oven pizza in the kitchen. AND be sure to stop by this Thursday for your choice of Margarita or Pepperoni Pizza with two root beer floats for only $20 – available 3pm-6pm.

Le Petit Paris will launch a Sunday brunch buffet with all the French classics like viennoiseries, crepes, eggs benedict, charcuterie, quiche, a meat carving station and more. There’s even a chocolate fondue fountain for dessert! The new buffet brunch cost $49 a person and is available every Sunday from 11 a.m. to 3 p.m.

BRUNCH #BUFFET is open 🍹☀️ 11am until 3pm with endless #Mimosa , #bloodymary , #Bellini or #Champagne 🍸🍊🍹🍅 #Brunch at #lepetitparisla got even better! 🇫🇷 #losangeles #dtla #downtownla

Creamistry will grand open in Alhambra this Friday, February 10 ready to serve free made-to-order liquid nitrogen ice cream, prizes and did we mention free ice cream? Get some from 4 to 6 p.m.

Flower Child in Santa Monica serves breakfast, lunch and dinner with a health focused menu for vegans, vegetarians and meat eaters. Below is a selection from their breakfast and lunch menu!