Ready for the tastiest bites of news you’ll get all day?

This week we spotlight the upcoming LA Times The Taste happening over Labor Day weekend, a Craft Beer and Food Pairing with Indie Brewery, and a Vegan Street Fair Night in North Hollywood. Also, you’ll find out about Made in L.A. coming to Golden Road Brewing, and more foodie events you won’t want to miss.

Notable on this week’s events rundown: The return of the LA County Fair, 626 Night Market and the first ever West Adams Block Party at Delicious Pizza. 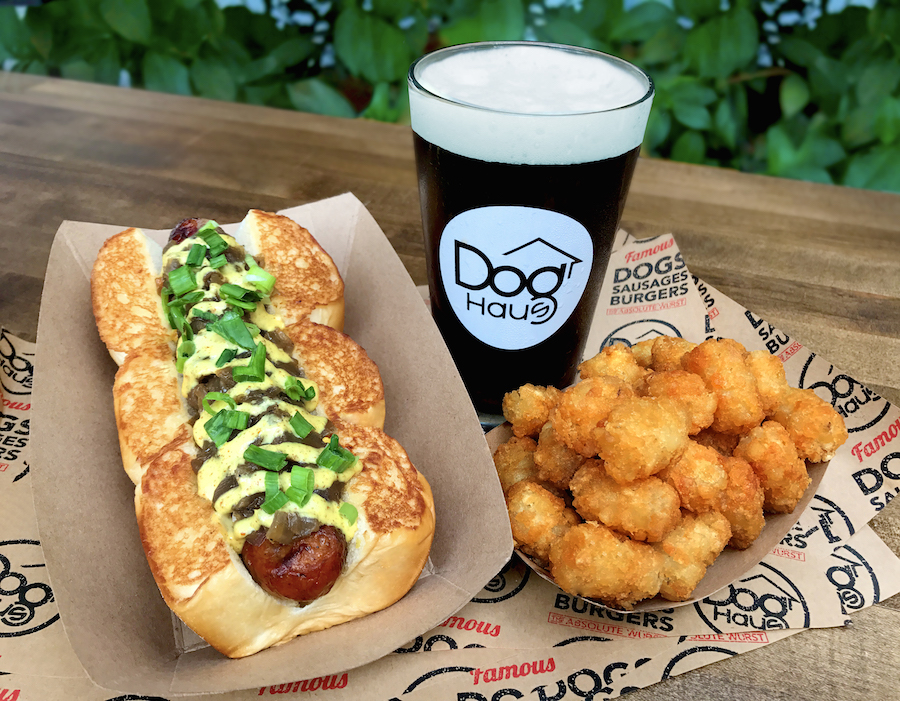 There’s a New Dog in Town

Dog Haus welcomes the fall season with a special Oktoberwürst sausage created by Würstmacher (aka sausage maker), Adam Gertler, available from September 1 through October 31. The limited-time sausage features a haus-made 1/3lb Cajun-spiced, Emmentaler cheese-stuffed Bierwürst, topped with caramelized onions, mustard aioli and chopped scallions and served on grilled King’s Hawaiian rolls. The Oktoberwürst sausage will be available for $8.49 at all Dog Haus locations.

Beat the heat with this refreshing drink at @barlubitsch the entire month of September. Even though it’s called ‘The Flame’ it will keep you cool! Find out what other businesses are participating in Firefighter Appreciation Month here: cafirefoundation.org/thankafirefighter #ffappreciationmonth #cafirefoundation #theflame #canyoutaketheheat

On Friday September 1, The California Fire Foundation will launch a series of food programs for Firefighter Appreciation Month where a portion of the sales will go to the CFF a non-profit providing emotional and financial assistance to families of fallen firefighters.

Enjoy the last few weeks of summer with a Craft Beer + Food Pairing Workshop led by local Arts District brewery, Indie Brewing Company. Guests will learn about the brewing process, and how to identify specific flavors, and how those flavors work with food pairings. Chef Michelle will prep a tasting menu to complement four Indie brews for the evening. Happening at Crafted Kitchen in DTLA, tickets are available for $20.00 a person.

Down some tacos, drink some locally brewed beers and test your trivia skills this Tuesday during Tacos & Trivia night at Angel City Brewery in DTLA. It’s free to participate in the trivia and Taqueria El Severo will be serving tacos for purchase right outside.

E.P. & L.P. presents ‘Melrose Rooftop Cinema’ in West Hollywood featuring sweeping city views, modern Asian cuisine and an outdoor movie experience every Monday, Tuesday, and Wednesday evening through August 30. The series continues this week, starting with The Big Lebowski on Wednesday. General Admission tickets cost $15 and VIP seating is $25. There is a dining option before the movie at the Aussie-Fijian restaurant, it’s called the ‘Express Menu’ featuring three courses for an additional $34 featuring Executive Chef Louis Tikaram’s new dishes inspired by his recent travels to Fiji, Vietnam, and Australia. 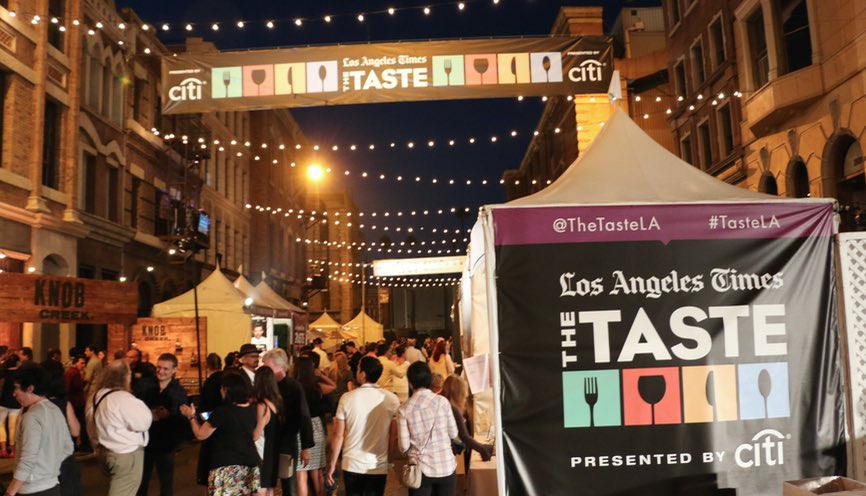 The Los Angeles Times, The Taste returns to Paramount Studios Sep. 1-3 for five amazing food-centric events with some of L.A.’s best chefs, restaurateurs and mixologists over Labor Day weekend. Tickets for The Taste range from $95 to $180.

Hundreds of vendors will be on hand, here’s what to expect at The Taste.

Westbound will celebrate Labor Day weekend Sep 1-3 with games of cornhole, summer cocktail slushies,Coolhaus’ Boozy Milkshakes, a DJ spinning beats each night from 9:30 p.m. to 1:30 a.m. and complimentary, late-night brownies for those staying until 1 a.m.

Vegan Street Fair Nights returns on September 1-2 in North Hollywood at The Federal with local vegan and vegan-friendly restaurants and vendors serving up delicious plant based eats. Vendor highlights include: Bling Bling Dumpling, S + M Vegan, Taqueria La Venganza, The Wild Chive and Cocobella Creamery. A total of 14 SoCal vendors will be on hand and the party will also feature a laid-back backyard party vibe with a beer garden, live music and over-sized lawn games.

The LA County Fair takes over the Fairplex in Pomona from Sep. 1-24 with fair-style foods like deep-fried hot sauce, funnel cakes and corn dogs. Guest will also enjoy live musical performances, carnival-style games, rides, and unique attractions such as an expanded farm section (over five acres) featuring tons of interactive agricultural experiences for guests to enjoy.

626 Night Market comes to Santa Anita Park from Sep. 1-3 for the largest Asia-themed night market in the United States. It will feature food, merchandise, crafts, arts, games, music, and entertainment.

Made in L.A. is coming to Golden Road Brewing this Labor Day Weekend (Sep 2-3) with a music and arts festival at their Glendale hangout. This festival is meant to celebrate Los Angeles-based creators and the diverse communities of L.A. through music, art, local charity support and, of course, beer. Check out GR’s limited-release specialty beers while there. Tickets are currently available online for $30 and include admission for both days, as well as two beers. A portion of the proceeds will be donated to three local charities: Heal The Bay, Wags & Walks and Light Bringer.

Delicious Pizza will host their first West Adams Block Party with a free party featuring performances by Talib Kweli, Doug E. Fresh and more. Naturally the day will involve lots of delicious including their pizza, Nutella cheesecake and eggplant parm sandwich. Detroit-based donut shop Dilla’s Delights will also pop-up with their awesome donuts and their will be fun for kids, too, including games, face painting and the magnificent West Adams castle jumper.