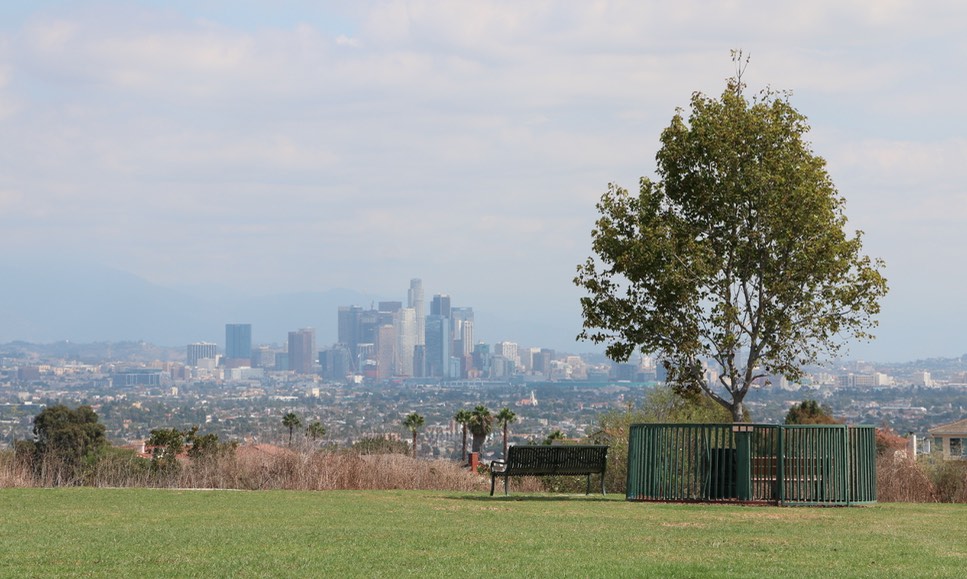 From January 10-15 the city of Pasadena along with 40 participating restaurants, bars, pubs, and lounges will offer specials on cheeseburgers in celebration of Cheeseburger Week.

We spotted an awesome deal over at Otus Thai Kitchen on La Brea. As seen on their Instagram, they are trying out a new morning coffee happy hour that will run weekdays from 6:30am – 9:00am. Grab a coffee for just a buck and espresso drinks are half off during this time.

Two opposing writers argue opposing ideas for 7 minutes a piece. Audience picks the winner, who gets a cash prize donation to the charity of their choice.

Watch Kyle Clark and Caitlin Durante host this weekly comedy free-for-all. You’ll see new comics and familiar comics trying out new material. It’s free to sign up but do it at 5:00pm for the best chance to get selected! The lottery is at 5:30pm. They pull 25 names for the night plus 5 guaranteed spots for the following week. You get 3 minutes to make some comedy magic!

BOURBON STEAK Los Angeles launches a new lunch program that features inventive plates such as a chefs choice Trio Of Ceviche; Chilled Crab Soba Noodles; Heritage turkey burger; steaks cooked on the hickory wood burning grill as well as more classic fare including beets and burrata with watercress. Guests who dine at the restaurant during the first month of service will be sent surprise food gifts from the kitchen that might include duck fat fries, daytime friendly 0% cocktails, and more. Guests who tag the restaurant on Facebook and Twitter during their brunch visit will receive complimentary dessert on their next visit.

Café Gratitude’s current cleanse promotion going on now through January 31st is perfect for those who partied too hard during the holiday. Get 50% off their 1,3, and 5 day cleanse programs at all locations

9. An Evening With Neil deGrasse Tyson

Join acclaimed astrophysicist Dr. Neil deGrasse Tyson for an evening of enlightening conversation on science, exploration and the world as we know it. Dr. Tyson will make appearances at the Pantages on January 11 (sold out!) and the Pasadena Civic Center on January 12.

11. Free Day At The Autry National Center Of The American West

The Autry National Center of the American West if free the second Tuesday of every month.

Step into the world of Cirque du Soleil’s KURIOS a place of wonders where your imagination can alter reality. Interested? Get more information and discount tickets on select days this week via Goldstar!

The wildly entertaining Radio Picture Show is back at The Virgil. RPS invites talented writers, actors and comedians to share true stories inspired by a song or picture of their choosing. Often this media is used in unexpected and hilarious ways. Hosted by Lauren Cook and Shauna McGarryand and a pre-show music party, curtesy of KCRW DJ Marion Hodges this is going to be the best Wednesday ever!

The Odyssey Theatre is holding free previews of My Sister, a smash hit at last season’s Hollywood Fringe Festival, Janet Schaphohl’s story of identical twins in pre-World War II Germany has been expanded and will receive a full production at the Odyssey Theatre. Previews will run Wednesday 13th (8:00pm),Thursday 14th (8:00pm), Friday 15th (8:00pm) just call the box office to add your name to the list, as general admission.

Hollywood’s legendary El Capitan Theatre presents a special engagement of Lucasfilm “Star Wars: The Force Awakens” December 18, 2015 through February 7, 2016. Before the movie, El Capitan guests will be treated to an all-new Laser Lightsaber Curtain Show and can explore El Capitan’s exclusive display of costumes and props from the movie. Get more information and discount tickets on select days this week via Goldstar.

16. The Absolute Brightness of Leonard Pelkey

The critically acclaimed off-Broadway hit The Absolute Brightness of Leonard Pelkey, written by and starring James Lecesne, the writer of the Academy Award-winning film Trevor, will have a limited 23 performance engagement at the Kirk Douglas Theatre from January 13 to January 31, 2016. Watch veteran New York actor and writer James Lecesne as he portrays every character in a small Jersey shore town as they unravel the story a 14 year-old boy who goes missing. This is a show not to be missed as The Absolute Brightness of Leonard Pelkey was just awarded the United Solo Special Award and is a New York Times Critic’s Pick. Tickets are priced from $25 and are available at http://absolutebrightnessplay.com.

As a student at Columbia University, Jonah created Pith, an internationally renowned supper club in his dorm room that combined music, art and food that have since been recognized in The New Yorker, New York Magazine, NPR, USA Today, Le Figaro (Paris), Daily Mail (London), The TODAY Show, and CNN. On January 13th and 14th, Jonah Reider will transport Angelinos to his dorm room during a 2-day pop-up at Hollywood’s Lost Property Bar. The pop-up will feature unique food created and executed on-site by Reider and a special cocktail menu created by Lost Property’s Jeremy Lake.

This smash hit straight from London’s West End, makes’s it’s U.S. debut at The Broad Stage in Santa Monica. See George Orwell’s novel come to life through radical staging that blurs the line between the past and present and what’s fiction and reality. Keep in mind our friends at Goldstar have some discount ticketing options for this performance throughout the month of January (while supplies last).

Every month TOMS HQ in Venice Beach organizes events that can range from panels, classes to fitness. This week, come in and sip on some tea (on the house) and hangout with Naked Sage Tea Blends Founder Alicia Henry who will share her story about what inspired her to become a herbal alchemist. Happening at 6:00pm.

25. See The World’s First And Only Heavy Metal Mariachi Band Metalachi At The Federal Underground

Hailing from Ciudad Juárez, Mexico, the Metalachi covers heavy metal songs while incorporating traditional mariachi musical instruments and are known for their exaggerated accents and Metalachi-blessed Margaritas. They also take their music and fashion cues from metal bands of the past, such as Judas Priest, Metallica, Iron Maiden and Kiss.

27. Discada Night At The Briks

Every Thursday, Chef Mario Christerna cooks up his Discada right infront of his DTLA restaurant The Briks. What is Discada? To start, it’s a mixed meat dish made up of carne asada, bacon, chorizo, ham and hot dogs- The Briks seem to be the only restaurant serving this Northern Mexican dish and it’s delicious in their taco or on top of fries.

On Thursday from 2:00pm – 6:00pm, The Coffee Bean & Tea Leaf will celebrate the New Year with $2 seasonal Winter beverages. Order up a Hazelnut Americano or Mexican Hot Chocolate for just $2 during the SoCal coffee and tea retailer’s Winter Open House event.

The Skirball Cultural Center is free to all every Thursday. Checkout Manzanar: The Wartime Photographs of Ansel Adams in association with the Japanese American National Museum on view now through February 21, 2016.

Yes it’s in Riverside but this three-day Arcade Expo will bring over 800 games, old-school and new-school in one place and hold tournaments, an auction, a sleep over and more!

31. Romeo + Juliet: Love is a Battlefield

What happens when a classic Shakespearean story gets merged with a soundtrack by Pat Benatar? A highly entertaining dinner theater show at the Rockwell in Los Feliz starring Family star Ashley Argota (The Fosters) as Juliet and handsome Corbin Bleu (High School Musical) as Romeo. Get more information and discount tickets via Goldstar.

La Brea Tar Pits and Museum and 5 Everyday present It’s the Pit’s! A “creative salon” where artists, musicians and filmmakers all converge for a late-night, science and arts party. Expect screens of science and animation films; Tom Carroll leading guided tours; a site-specific dance piece; a string quartet and Dublab DJs spinning tunes. RSVP’s to this free event is maxed out online  but they announced more tickets will be at the door.

33. The Farriers Package at Santa Anita

Wh y not spend a day at the races with a package that includes admission to the races, box seating and a racing program, along with a pint of local craft beer from the Farriers bar. Get more info and discounted tickets via Goldstar.

34. Free Museum Day At The Long Beach Museum Of Art

Quiet Clubbing is coming to Los Angeles and to celebrate they are throwing a launch party that involve three DJ’s playing live simultaneously, through frequencies only heard through headphones. Partyers can switch between channels to hear any DJ they want, at any given time. The headphones also glow to the color of the DJ that you switch to, so that you can see who else is listening to what you are. Get more information and discount tickets (just $5!!!) via Goldstar.