This week includes a tribute to Mad Men at LACMA, a Rave of Thrones, a book reading devoted to John Hughes, live action Marvel characters, a scripted comedy festival, and plenty, plenty more! 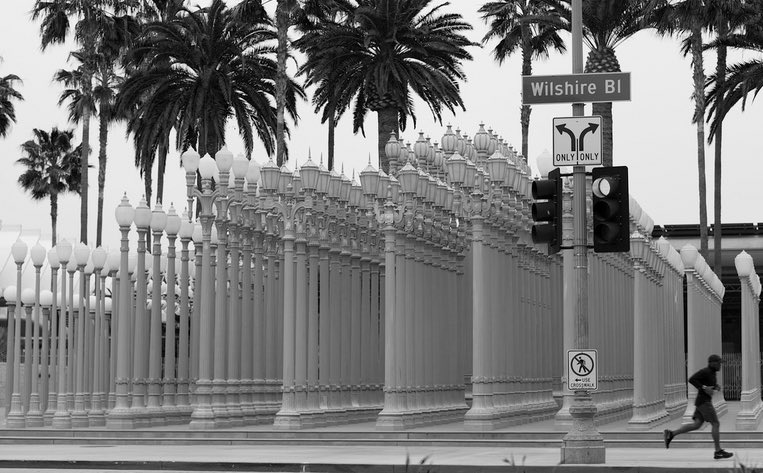 This week’s installment of Doug Benson’s Movie Interruption Doug and a couple of his funny friends will watch Jennifer Lopez’s latest movie The Boy Next Door from the front row with mics in hand ready to blurt out whatever thoughts they have in their heads.

Petty Cash Taqueria is hosting a tequila tasting for just $25. Cecilia Murrieta of La Niña Mezcal will host the event which includes limited edition varietals like the Espadin, Madrecuixe, and Primario.

3. Check Out We Are Thomasse At the Los Angeles Scripted Comedy Festival

4. Hot Tub With Kurt An Kristen

5. Rock & Roll Billboards Of The Sunset Strip At The Skirball

6. Love On The Run Screening At LACMA

In conjunction with the Tuesday Matinee film series at LACMA this week they will be screening Love on the Run. Director Francois Truffaut made five semi autobiographical films over the course of 20 years. Love on the Run is his closing film to the love story saga.

7. Cinderella At The El Capitan

Cinderella has been killing it with the critics (84% on Rotten Tomatoes) and at the box office, and you can still catch a screening at The El Capitan featuring live action event with special guests, film props, a light show and more as you wait for the curtain to go up. For fans of Frozen, Disney will also be showing a short Frozen Fever for attendees. This is an event for fairy tale lovers and romantics alike. Get more information and discounted tickets for the weekend screenings via Goldstar.

The Advertising Society will be hosting a happy hour networking event from 6 to 9 p.m. at the Avalon Hotel in Beverly Hills. If you are or want to be in the marketing, media, startup or agency world come by and meet some like minded folks! Admission is free.

Kirk Honeycutt, the former chief film critic at the The Hollywood Reporter, has a new book out entitled John Hughes: A Life in Film and he’ll be doing a free reading and book signing at the Last Bookstore this Wednesday evening starting at 730pm. 80’s movie fans unite!

Want an excuse to head down the Standard Hotel? Every Wednesday night they host a trivia night starting at 9pm where you can enjoy special prizes, cocktails, and ping pong!

Before the last and final season of Mad Men premieres on AMC, LACMA will host two free screenings of the period drama series followed by special conversations with cast and crew, including a Thursday evening panel featuring star Jon Hamm and series creator Matthew Weiner. Friday night will have double-bill followed by a discussion with actor Kiernan Shikpa and costume designer Janie Bryant.

Picture you trapped inside a 1940’s film noir where you have to solve a slew of mysteries to escape. Work with your fellow detectives as you race against the clock, do you have what it takes? Test your sleuthing skills with half price tickets via Goldstar.

‘Rave of Thrones’ is an all-night party event at Exchange LA featuring Game of Thrones themed decor, performers, and visuals… and of course all in attendance are heavily encourage to dress the part to complete the experience. Basically, if you’re a raver / GOT fan this is pretty much the event of your month.

Looking for family fun entertainment options? If you are a Marvel fan this show is pretty spectacular! Pyrotechnics, aerial artist and stunt performer make up the cast of Iron Man, Captian America, Thor, Loki and more at the Anaheim Honda Center. Goldstar has discounted tickets so splurge on popcorn and nachos at the show!

The Turner Classic Film Festival will be held at six locations in the heart of Hollywood including The Roosevelt Hotel and the El Capitan. This year’s central theme will be History According to Hollywood. For a full list of films and special guests check out the official festival site.

18. The Farriers Package at Santa Anita

Jazz, cabaret and one hell of a story unfolds here at The Toledo Show where the audience will get a glimpse of the seedy side of the city of angels and its fallen souls. The tickets are going fast so get ’em quick!

Cochon U.S. Tour hits L.A. this weekend! This “Porkcentric” foodie event is more than just a feast for your eyes its a feast to end all feast! Top chefs prepare whole Heritage Breed Pigs while winemakers, craft food makers and distillers join forces as part of the good food movement. Join them for the Friday Dinner Series or the Large Format Feast on Saturday. Style tip- just wear sweatpants its a hog feast for god sake!

ComedySportz is a fast-paced comedy show designed for the whole family. Watch as two teams battle for points and LOL’s at the National Comedy Theatre in Hollywood. Goldstar is hooking it up with half off tickets score!

Tarantino Much?! The New Beverly Cinema will have a double feature on Friday and Saturday featuring two of his of all-time best: Reservoir Dogs and Pulp Fiction.