This week, from Monday, August 21 to Friday, August 25, features Night Dive at the Aquarium, a Stan Lee Tribute, the LA Food & Wine Fest, Round Up at L.A. LIVE, Friday Flights at the Getty and MUCH more. 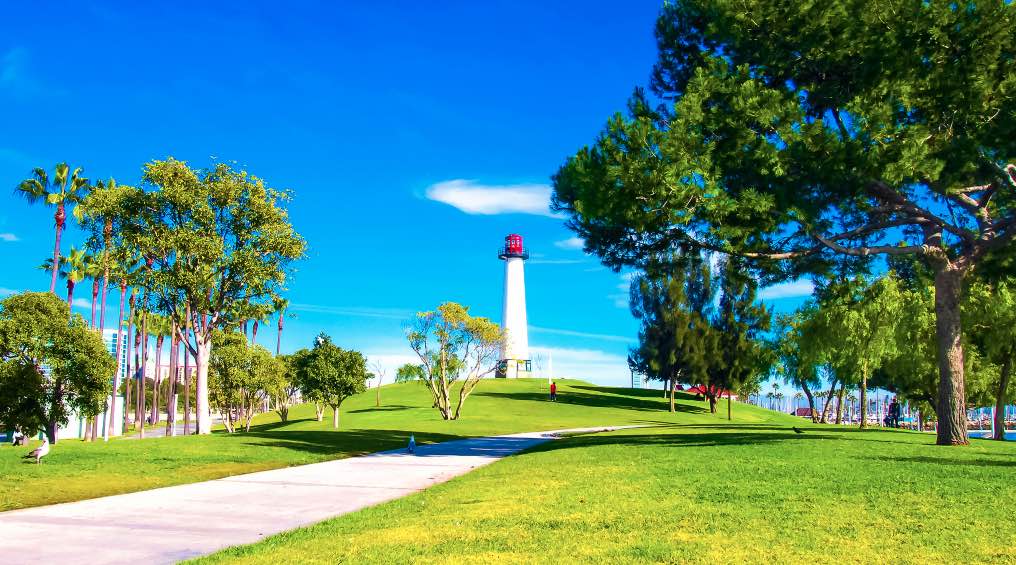 2. Alcove in Los Feliz host free movie screenings on the third Monday of each month now till October. Snag a table and order some themed out cocktails from Big Bar and bites from Alcove as you watch a movie on a 17ft screen, in the beautiful garden patio. This month they will screen Dazed and Confused.

4. Every third Monday of the month head to Santa Monica to the gorgeous Victorian to see Basement Comedy. This month’s headliners: Bryan Callen and a “very special surprise guest.”.

5. The Nisei Week Japanese Festival is happening from August 19 through 27 with unique cultural celebrations in historic Little Tokyo that includes a Gyoza Eating Championship, cultural exhibits, demos, food and more.

9. Sicker Sadder World is a Daria rewatch podcast that analyzes episodes from the classic animated MTV show. This Tuesday fans will get a chance to watch a Daria episode with hosts Brittany Ashley and Laura Zak, along with other special guests. The best part? This event, at the Ace Hotel in Downtown Los Angeles, is free and open to the public. So put on your best ’90s attire and get ready for a night of cynicism and laughs. FREE

10. There’s a Stan Lee tribute hosted by Chris Hardwick at the Saban Theatre in Beverly Hills this Tuesday appropriately named: Extraordinary: Stan Lee. Tom Bergeron, and other surprise guests will join Lee and Hardwick to pay homage to the 94 year-old’s legacy throughout the decades. Check for discount tickets before making your purchase. DISCOUNTED (via Goldstar)

11. The Moonlight Movies on the Beach series continues with a screening of The Sandlot at Granada Beach this Tuesday. FREE

12. FIDM Museum’s newest exhibit, The 11th Annual Art of Television Costume Design, opens to the public on Tuesday. This FREE show in Downtown Los Angeles features costumes nominated for the Emmy Award for Best Costumes, along with numerous other costumes from prominent TV shows of the past year. FREE

13. The Hammer Museum’s new series Shake It Off offers dance themed films all August. This week they will screen Dirty Dancing on Tuesday.

14. Spend an evening poolside and beneath the stars enjoying dinner, cocktails and a classic film as Mr. C’s Poolside Cinema returns with a screening of Moana.

15. This Tuesday catch the latest edition of The Astonishing Show Show at El Cid.

17. The Hammer Museum’s series Shake It Off offers dance-themed films all August. This week they will screen Bring It On on Wednesday.

18. The final Taste of Downtown at the Long Beach waterfront takes place on August 23 and 24 featuring favorites like The Pie Hole, Parkers’ Lighthouse, Rasselbock, La Strada, The Federal and many more.

19. Enjoy some free Shakespeare this summer when the Independent Shakespeare Co. returns for the 8th year in a row with free/donation-based performances at the Old Zoo in Griffith Park. The Two Gentlemen of Verona Wednesday through Sunday.

21. The 2017 season of the Skirball’s free Sunset Concert Series, inspired by the Skirball’s current high-profile exhibition Paul Simon: Words & Music, is a showcase for up-and-coming talents and established artists from Los Angeles and around the globe. The series continues with David Buchbinder’s Odessa/Havana. FREE

22. The 7th annual Los Angeles Food & Wine Festival comes to Downtown L.A. and Santa Monica August 24 through 27 for a four-day epicurean event showcasing the best of what Los Angeles and beyond has to offer in food and drink culture. Check for discount tickets before making your purchase. DISCOUNTED (via Goldstar)

24. Shakespeare’s enchanting A Midsummer Night’s Dream returns to Topanga Canyon’s Theatricum Botanicum for ten performances throughout the summer with their signature production in a uniquely rustic outdoor theater surrounded by oak trees. Check for discount tickets before making your purchase. DISCOUNTED (via Goldstar)

27. Friday Flights at the Getty is back this year with another round of live interdisciplinary artist performances. Experience epic art, live performances and scenic views at one of L.A.’s most popular museums. FREE

29. Summer Nights in the Garden returns to the Natural History Museum in Downtown Los Angeles for garden-inspired cocktails, music and botanical tours with the NHM garden staff. Guests are welcome to bring a picnic or purchase bites from food trucks, the event is free to attend. FREE

30. Head to Westwood Village for a free screening of Moana. Tickets are not required and seating is first come, first serve. FREE

31. Night Dive at the Aquarium of the Pacific is an 18-and-over event featuring DJ sets, a puppet show, food trucks, bars, henna tattoos and more.

33. Cheer on the Dodgers as they go up against the Milwaukee Brewers. Spend an evening at the iconic Dodger Stadium and dine on the newly revamped menu as you watch the boys in blue. The night will end with a spectacular fire works show. DISCOUNTED (via Goldstar)

34. Head over to California Market Center, in the heart of Downtown Los Angeles’ Garment District, for a public sample sale  to score fantastic bargains on current styles for women, men and kids. Happening on the last Friday of every month.

35. Beach Movie Nights at Dockweiler Youth Center is an all ages free movie screening by the water. This week they will screen Kubo and the Two Strings. FREE

39. Garbage Pail Groundlings is the latest main stage show at the renowned LA theater. The show is filled with sketch comedy, improv and a cast of growing comedians who’ve made appearances in movies like Ted and television shoes like Workaholics. DISCOUNTED (via Goldstar)

40. Catch a flick on the rooftop of the Ritz-Carlton in Downtown Los Angeles during Summer Supper + Show Series presented by WP24 by Wolfgang Puck. The series continues with a screening of Father of the Bride on August 25 and 26.