You know what’s handy? Waking up in the morning, firing up your phone/computer and being able to scan a super quick (but curated) rundown of the best of what lies ahead. So here it is, our list of fun things to do in Los Angeles for today, Monday, October 29, 2018. 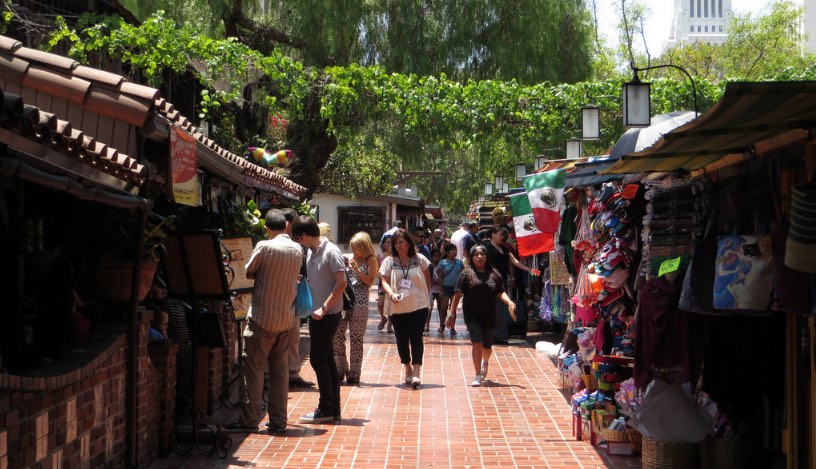 3. [6 p.m.]  Nights of the Jack is a half mile trail filled with thousands of hand-carved and illuminated Jack O’Lanterns. Family friendly and located in Calabasas, the experience is filled with pumpkins carved into notable animated characters, movie stars, sports heroes, and many more. Happening all week until Halloween.

4. [6 p.m.] HorrorWorld is a collection of three separate haunts in one location presented by horror FX company Bone Yard Effects. Mazes include Into the Black, The Psycho Sanitarium, and The Fleshyard. Happening all week until Halloween.

5. [7 p.m.]  Head to Frogtown’s artist-run space Tin Flats every Monday and Tuesday now until Nov. 27 for a free drive-in movie screening curated with some very special programming. Presented by The France Los Angeles Exchange, this project presents films, performances and exhibitions from artists in the program, as well as a film that echoes their own work. FREE

6. [7 p.m.] The Wiltern will host a back to back screening of classic spooky films. This Monday they’ll screen Beetlejuice and the next day (Tuesday) Stanley Kubrick’s “The Shining”. Both nights will include DJs spinning spooky music, a costume contest, a small but scary maze and loads more.

7. [7 p.m.] The Haunted Hayride returns September 29-October 31 at The Old Zoo in Griffith Park featuring four different Scare Zones, including trick or treating in a blood-curdling neighborhood and riding on the Scary-Go-Round and taking a ride on the main attraction the Haunted Hayride. Happening all week until Halloween.

8. [8 p.m.] Jill Soloway in conversation with Hannah Gadsby at at The Moss Theatre at New Roads School

9. [various] The 4th Annual Asian World Film Festival will screen Oscar-submitted films from across Asia from October 24 to November 1 at Arclight Cinemas in Culver City.

10. [various] L.A.’s Grand Park will host a week-long celebration of Día de los Muertos starting on Saturday, Oct. 27 and running until Sunday, Nov. 4. The event will hold a variety of events with 50+ altars and art installations up in the park the entire time. This Saturday, enjoy the ceremony of Noche de Ofrenda, honoring the dead led by the local indigenous community plus live performances. FREE

DEAL OF THE DAY: $37.50 tix for The Nightmare Before Christmas live with Danny Elfman at The Hollywood Bowl