The Santa Monica Pier sure does!

This Thursday, July 9 represents the return of the 31st annual Twilight Concert Series at the Pier.

Twilight Concerts offer an eclectic mix of musical artists paired with a gorgeous backdrop, a combination that has it made this series one of L.A.’s signature summer events for over three decades running. Oh, and did we mention it’s 100% free?

This year’s lineup includes Morris Day, Ariel Pink, Jefferson Starship and plenty more with scheduled performances to take place every Thursday at 7:00pm starting on July 9 and concluding on September 10.

Check the full slate of dates / artists below. 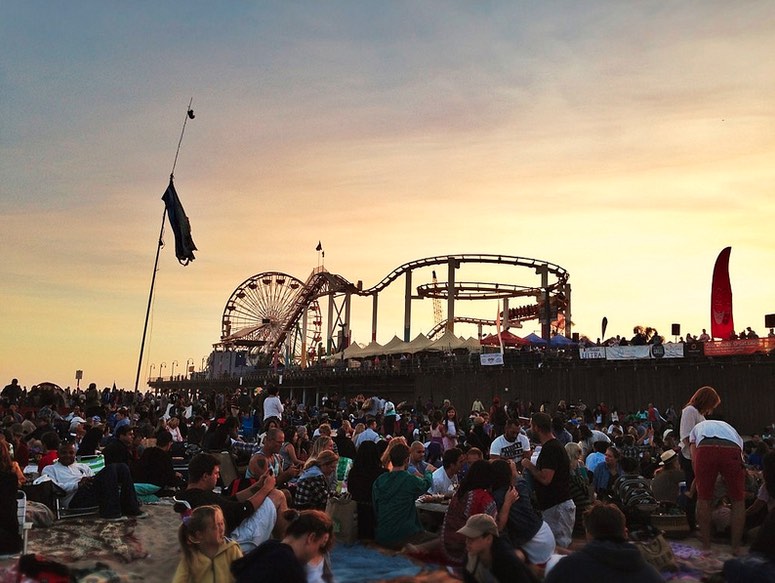 Parking is available in the 1550 Pacific Coast Highway Lot next to the Pier on a first-come, first-served basis. There is also special discounted parking in Beach Lot 4S, located at 2030 Ocean Avenue, just south of the Pier.

Expect it to get crowded quickly, so get there as early as possible to secure seating (lawn chairs and blankets are encouraged).