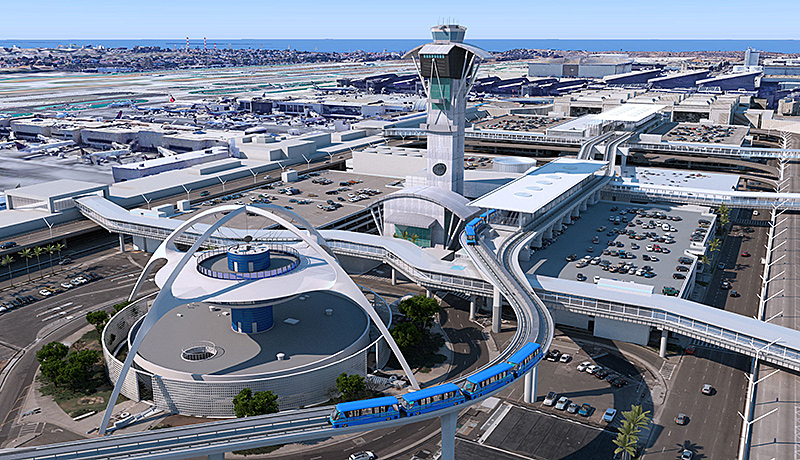 LAX’s Automated People Mover (APM) is part of the Landside Access Modernization Program (LAMP), which is a multi-step plan to make it easier for us to get around the busy airport without relying solely on cars or buses

According to Los Angeles World Airports, the APM is an electric train system that runs 2.25 miles on an elevated guideway. There are three stations inside the terminal loop, and three outside. There will be nine trains total, each with four cars, capable of carrying 200 passengers and their belongings at a time. They’ll show up every two minutes, shuttling passengers between terminals, to car rental agencies, or to Metro. The entire journey will take each train about 10 minutes.

Construction on this project will begin in 2018, with a projected completion date in 2023. Under that timeline the People Mover will be functioning long before the 2028 Summer Olympics, which is visually referenced in the video.