Here’s a Look at the New Pinball, Beer & Wine Spot That Just Opened in Eagle Rock 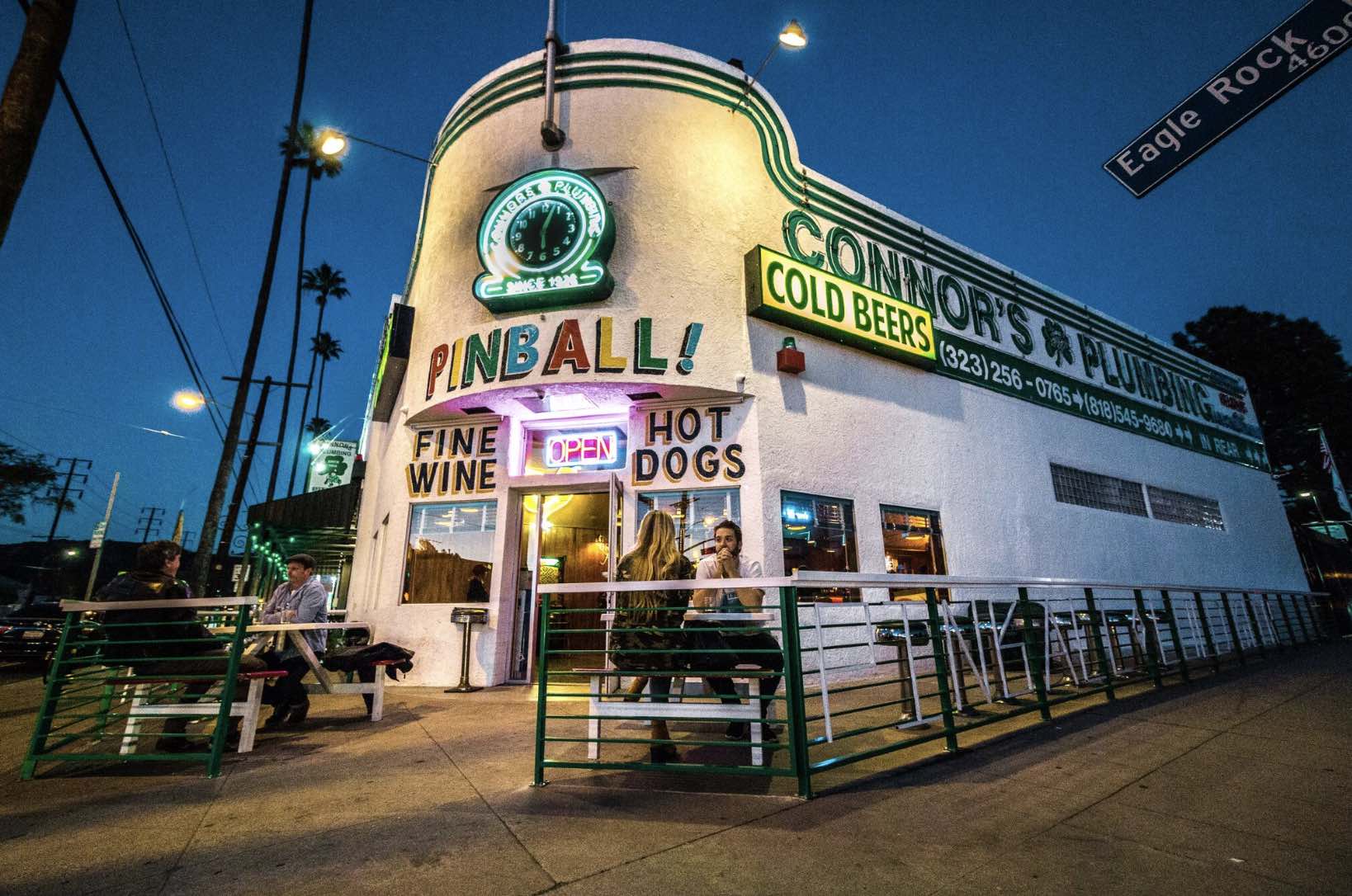 If you’re looking for pinball action, craft beer, and hot dogs served from a rotisserie, this new spot in Eagle Rock just might be your new jam. Walt’s opened its doors this past Friday at the storefront previously occupied by Connors Plumbing & Heating on the corner of Eagle Rock Blvd and Westdale Avenue.

The laid back vibe inside Walt’s is exactly what you’d expect after a conversation with co-owner Jeff Johnsen, who started Walt’s along with brother Brad and friend Travis Echert. The inside is dimly lit, a bit noisy, and highlighted by the nine pinball machines lined up in the back right corner opposite the bar. 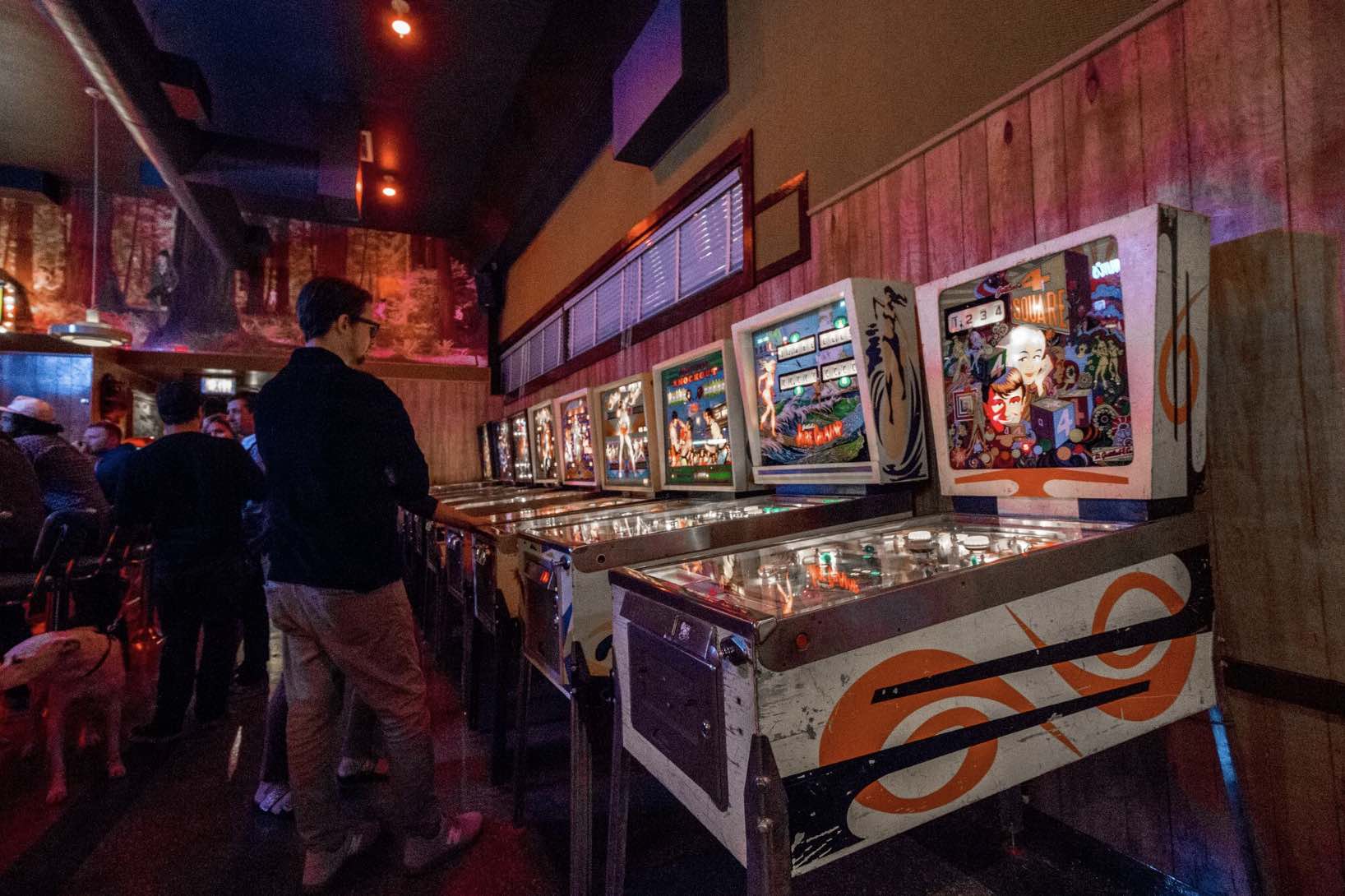 For Echert and the Johnsen brothers, this isn’t their first foray into the arcade-bar scene. The trio also owns Add-a-Ball in Seattle, which opened in 2011, and boasts some 60 vintage pinball machines. According to the The Occidental Weekly Jeff had been living in Los Angeles when the space at Connors became available this past November, and he jumped at the chance to lease it out.

On the food front, visitors can snack on the aforementioned hot dogs ($3.50 for either a beef or veggie version), plus two kinds of soft pretzels, which in come in either a standard German style ($5) or something called ‘El Jefe’ ($7). If beer isn’t on your agenda, there are also five wines available on the menu. 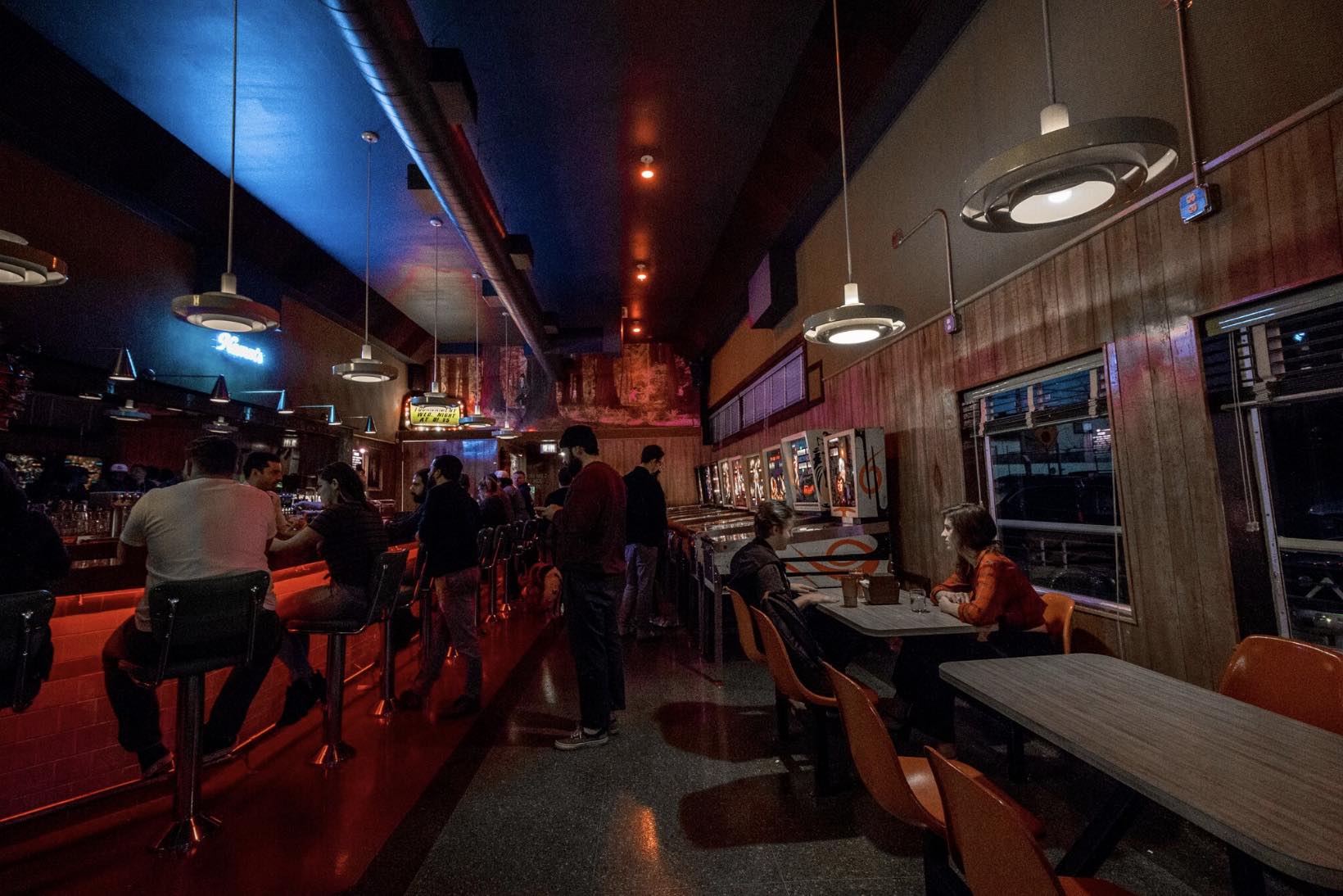 When I visited this past Friday evening Jeff confirmed to me that the daily hours for Walt’s will be from 11 a.m to 2 a.m., although the outdoor patio area will have to close early to conform to neighborhood noise limits. Competitive pinball players will take note that the owners plan to host tournaments on Wednesday nights. Although nine pinball games are currently being offered, the plan is to rotate games in and out moving forward. I’d suggest following Walt’s Bar on Instagram to check for updates on specific times and/or changing of the current pinball lineup.

Although some speculated the new bar would be named Connors in reference to the current signage and plumbing biz, it turns out the name has a more familial connection.

According to Jeff, the father of the Johnsen boys taught them “everything they know about drinking and fixing stuff.” Those lessons have come in handy curating a craft beer menu and repairing old pinball machines. It’s fitting then that their newest venture would also bear the name of one of their biggest inspirations: their dad Walt.