Western Street in Koreatown Is Getting Pedestrian-Friendly Street Improvements 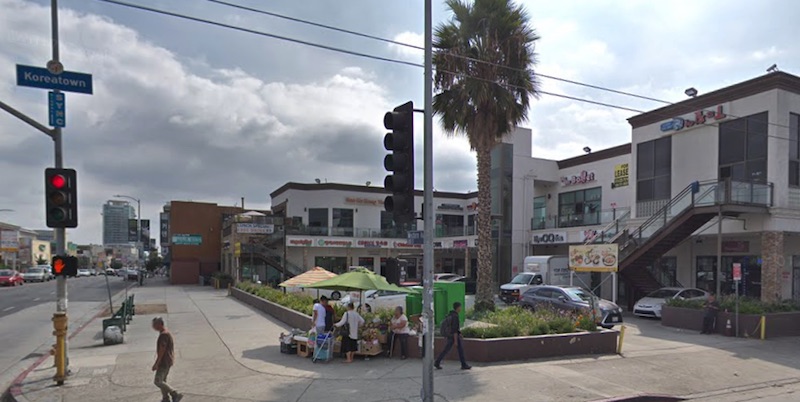 The project is spearheaded by Elizabeth Timme and Helen Leung of nonprofit urban design firm LA-Más, who told Curbed LA their goal is “public realm improvements that are meant to support the pedestrian environment adjacent to small existing businesses.” The project also has support from both Councilmembers David Ryu and Herb Wesson’s offices, as well as the Koreatown Youth and Community Center. LA-Más also consulted with local business owners to get further input for the project.

This particular stretch of Western, which was marked for revitalization when it was named as one of Los Angeles’ Great Streets in 2014, is pretty busy. There’s a lot of traffic, myriad shops and restaurants, and many pedestrians who walk, bike, and skateboard around the area. Additionally, it’s a popular street with public transit users catching the 207 or 757.

While Great Streets has already implemented improvements including murals and some enhanced bus stops, there’s still much to do. I’m a daily public transit user who happens to live near Western and 3rd. I can confirm that Welcome to Western’s findings indicating a lack of seating, shade, and other public amenities in this area is no surprise to anyone who calls it home. As such, the renderings released on Welcome to Western’s Facebook page are pretty exciting.

Welcome to Western has divided the corridor into three main hubs, with renderings of each one’s planned improvements. 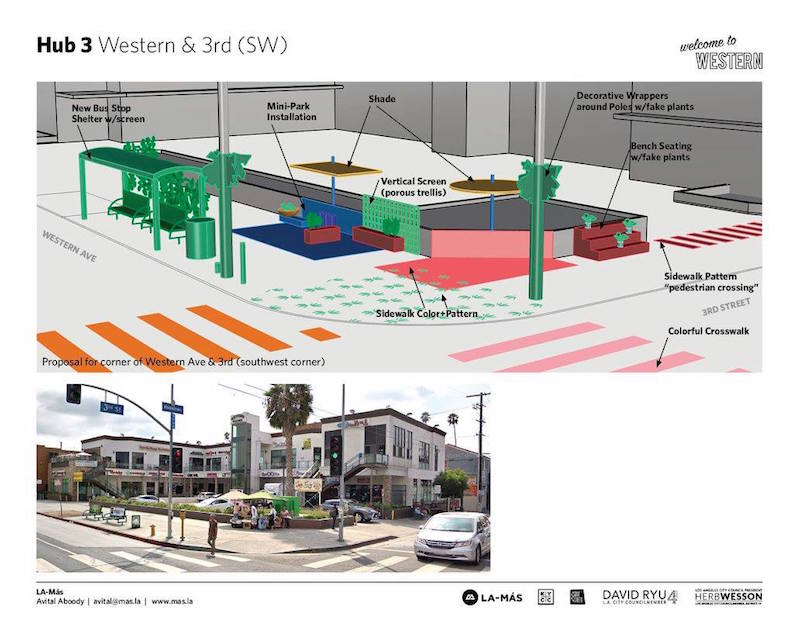 Hub 1 is Western at Rosewood and Elmwood, near the strip mall that houses Castle B.B.Q. and the home of the almighty Opp’s monthly puppet show. Improvements include a mini-park, a large communal table with seating, and aesthetic improvements around existing bus benches. Hub 2 is Western and 1st and Western and Council, near HK Market and The Bun Shop. Here, seating, sidewalk painting, and additional signage is planned. Hub 3 is the very busy intersection at Western and 3rd. Plans include colorful sidewalk painting and crosswalks, in addition to mini-parks and shading over bus benches. A lot of the improvements are multi-functional. Fake greenery will provide color and shade while trees planed by the Koreatown Youth and Community Center continue to grow and fill in. New seating is beneficial for both pedestrians and business owners, as it gives customers an alternative to leaning against a nearby shop or crowding around their doors.

LA-Más is currently seeking final approval from the city, with plans to begin incorporating these improvements in July.