14 Ways You’ll Be a Totally Different Person After One Year Living in L.A.

Listen up, transplants: Whether you want to admit it or not, the city of Los Angeles is going to change you.

You’ll start to notice the changes slowly but surely, and then one day, BAM! Suddenly you’re asking a barista about pressed juices at a vegan restaurant before you head go on a hike in the Santa Monica Mountains (well, at .east that was my big “A-ha! You’re an Angeleno” moment).

I moved to L.A. five and a half years ago after spending most of my life as a New Yorker, taking the subway, wearing giant winter coats, and referring to highways by their given names, like the “Van Wyck Expressway.”

So you can imagine moving to L.A. was quite an adjustment, but I happily adapted to driving all the time, 50-degree winters, and conversing in freeway numbers like in Saturday Night Live’s popular “The Californians” sketch.

Here are some changes you too may notice about yourself after a year of living in L.A., but don’t worry, it’s all good. 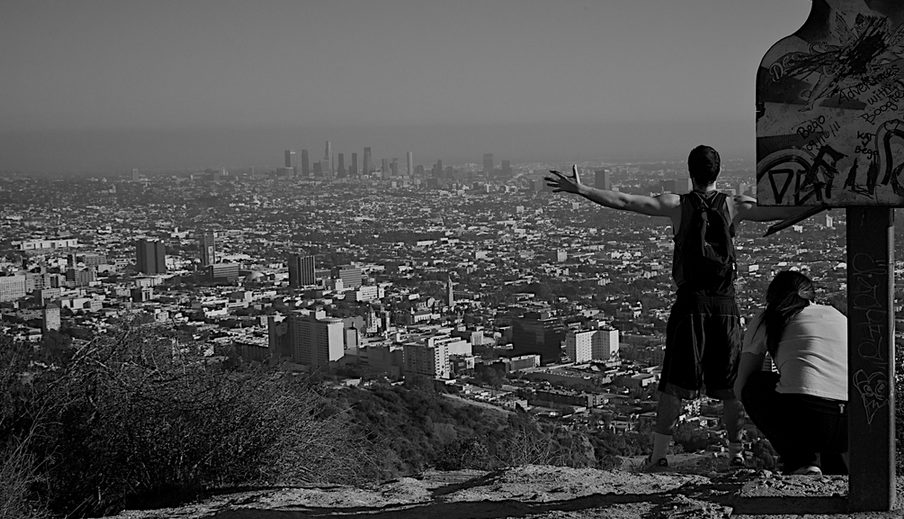 Coming from NYC, I noticed this in myself gradually. When I first moved here for grad school, my L.A. friends called me “aggressive,” meanwhile I was always seen as “laid back” in New York. These days when I talk to family in the Empire State, they always wonder how I can be so “relaxed” when there is so much to do. L.A.’s laid back nature will rub off on you, too.

2. You’ll Start Assuming Everyone Works in ‘The Industry’

Being the home of Hollywood, L.A. attracts entertainment industry dreamers (that’s how it reeled me in). About 90 percent of the people you’ll encounter will have one or more of the following: A film degree, a powerful Hollywood boss, a hellish story about the industry, an incredibly lucky dream experience, and big dreams. Some folks are still chasing that dream, while some go the corporate path.

So when you finally meet that one person who works as a social worker, has a degree unrelated to film, TV or communications, and isn’t obsessing over news on Deadline, it’s like…whoa. You’ll learn to embrace the moment.

3. You Won’t Freak Out About Earthquakes Anymore

Much like that scene in LA Story, earthquakes (eventually) will be no big thing. Of course, you’ll feel some fear leading up to the first one, but I promise that once it happens, you’ll be fine. Then, you’ll actually start sleeping through them and you’ll feel like a true Angeleno.

4. You Will Become More Fit (Or You Will Try)

Back in New York, I was never into working out, since I was always walking around the city. Once I moved to L.A., I decided to take up running and yoga, as if my osmosis — most of my friends had some kind of fitness regime, not to mention every single person outside seems to be running, biking, rollerblading, surfing, or going to and from yoga or Pilates. It’ll be enough for you to want to give one of those activities a shot during your first year.

[RELATED: 10 Super Fun Ways to Get Fit in L.A. Without Joining a Gym]

5. You Will Have a Vegan / Vegetarian Phase

As I approached the one-year anniversary of my move to L.A., I went vegetarian for a few months. I just got tired of meat and wanted to try something different. And it wasn’t too hard to do it, either — with so many great vegetarian, vegan, and plant-based restaurants, you’ll find yourself at least appreciating the cuisine, if not giving up meat for a little while. 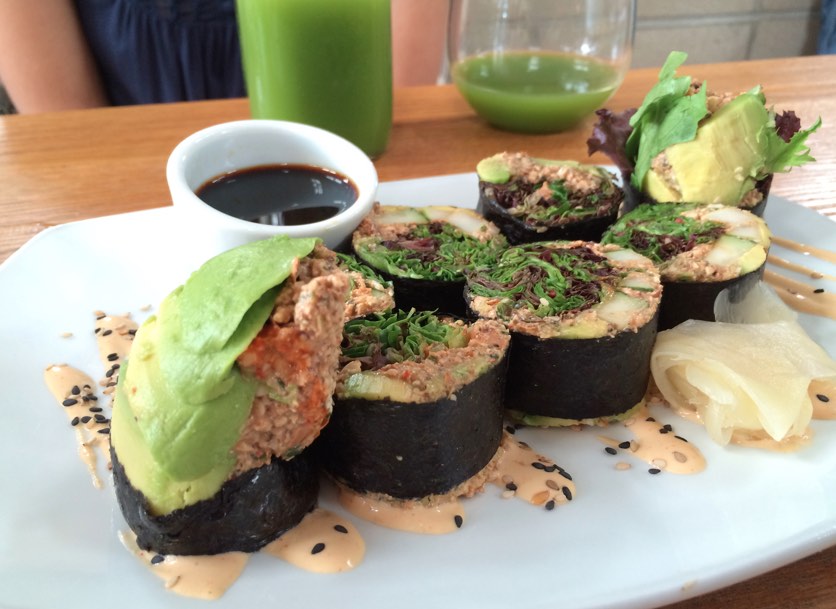 6. You Won’t Walk as Much, But You Will Hike More

The famous song states that “Nobody Walks in L.A.” That’s not exactly true — we don’t walk in L.A., we hike. Even if you’ve never been into trekking into nature, you will find yourself on a trail sometime during your first year, because you’ll probably be invited on one by friends or just take it up via osmosis — and don’t worry, you’ll love it.

7. Celeb Sightings Will Not Faze You

When you first move here, you’ll get starstruck. You’ll keep your eyes peeled for celebs, you’ll be so excited to spot a movie premiere and a red carpet. But soon, it’ll get pretty standard and you’ll get more annoyed that the movie premiere is rerouting traffic than excited that it exists. You’ll even know where exactly some stars hang out, but mostly head to those spots when you’re hosting out-of-towners you want to impress.

8. Parking Will Become VERY Important to You

It’s true — traffic and parking in L.A. can suck sometimes and some places have worse reputations for those things than others. You’ll learn pretty quickly how to time your travel, which events to avoid if you don’t feel like emptying your wallet to park or when you should just take Uber or Lyft.

[RELATED: 13 Fun Places to Hang Out in L.A. Where Parking Doesn’t Totally Suck]

Pop quiz: Can I park here at 6:30pm on a Wednesday night for 90 minutes without a permit? #losangeles #culvercity #laparking #drivingproblems

9. You’ll Slowly Become Numb to How Much Time You Spend in Your Car

One of the first ads I heard on the radio here said, “In Southern California, your second home is your car.” I laughed at the time, but it’s so true. Within one year, you’ll learn just how comfortable you can get in your car after spending hours in there driving and sitting in traffic. Sometimes, you’ll even find yourself sitting in there for no reason.

And if you’re female, you’ll realize how most of your shoes can end up in your trunk (ahem). Hey, different occasions call for different shoes and somehow, your trunk will also be the second home to your flip-flops and high-heels. At least you’ll always be prepared.

One of my friends had a saying: “If you want to go to the beach in L.A., just turn left.” But it’s so easy to forget just how close and easy it is to go to the beach on any given day with all the day-t0-day pressures of work and life weighing you down. And on some days, you’ll actually remember that you live 15 minutes from the beach, race over there to watch the sunset, and let all those stresses melt away. 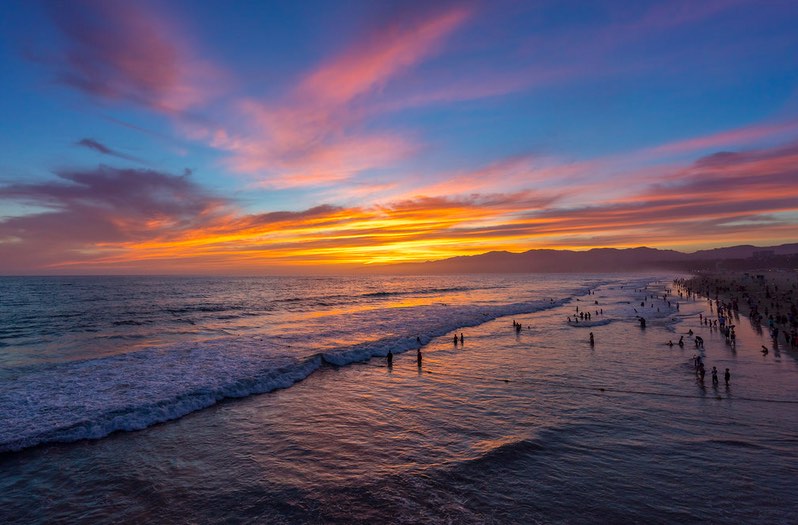 11. You’ll Stop Referring To L.A. Simply As “California” (Like Most East Coasters Do)

L.A. has always had a reputation for not having much rain — which is why all the malls and high schools are pretty much outdoors — but hey, now we’re in a pretty serious drought. On the rare occasion that it does rain, you’ll come to enjoy the sweet sounds of the raindrops, the cool air, and the precious water feeding the plants and (kind of) washing your car.

[RELATED: 17 Awesome Things to Do in Los Angeles When It Rains] 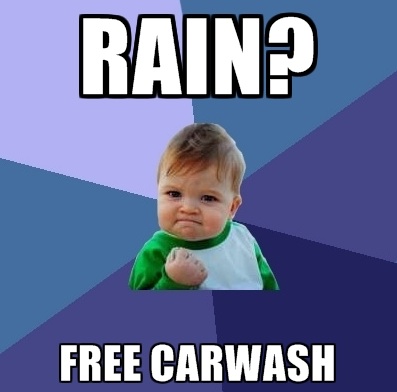 13. You’ll Always Remember to Bring Your Sunglasses (And Keep Spares In Your Car)

There’s a hilarious Portlandia sketch in which Fred and Carrie decide to travel from Portland to Los Angeles, and when they exit their cab, they’re blinded by the L.A. sun. It’s funny because it’s true — the sun here is so bright, you gotta wear shades. Within the first year, you’ll learn to keep a set of sunnies everywhere you are, so you don’t get blinded by the light.

14. You’ll Realize Just How Close — Or Far — Las Vegas, Santa Barbara, and San Diego are on a Spontaneous Road Trip

During your first year in L.A., there’s going to be a point where you need to get away from the traffic and smog — just for a little bit. And that’s when you’ll venture out on the (mostly) open road to one of the many gorgeous and amazing nearby cities for a short-term getaway. Las Vegas is a five-hour drive (if traffic is kind). San Diego, Temecula, Santa Barbara, Los Olivos, and Ojai are about two hours away (on a good day). Disneyland is an hour away — again, when there’s no traffic.

On second thought, you may never be able to get away from the traffic, but that’s something you’ll just get used to anyway during your first year in L.A. 😉

Did you move to L.A. from another city or state? How have you changed since transplanting? Let us know in the comments below!