Whisperlodge is an AMSR Video Performed in Real Life 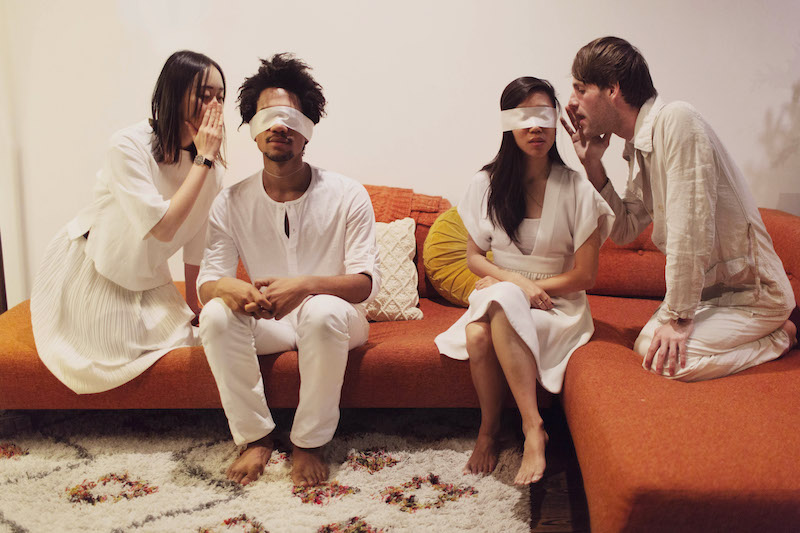 Do ASMR videos give you tingles? Have you ever wanted to experience an ASMR video in real life? Your chance comes this March when Whisperlodge returns to Los Angeles, this time softly crinkling paper and whispering ear-to-ear in Silver Lake.

Autonomous Sensory Meridian Response (ASMR) is a pleasant tingling sensation that some people experience when exposed to certain triggers. It’s not entirely unlike frisson, the goosebumps some get when listening to a beautiful piece of music.

ASMR triggers tend to be very gentle audio or visual cues: someone tapping lightly on a glass or whispering in your ear, slow hand movements, or the sound of water being poured from one vessel into another. ASMR frequently revolves around “personal attention,” such as the kind one receives during an eye exam, a one-on-one lecture, or a spa treatment. While the sensation may occur spontaneously during day-to-day interactions, many people attempt to intentionally trigger the tingles by watching ASMR videos on YouTube.

These videos feature soft-spoken “ASMRtists” who whisper their way through role-plays or trigger videos, racking up thousands if not millions of views. They’ve become so popular that W Magazine has been conducting celebrity ASMR interviews—here’s one with Cardi B—while Michelob ULTRA aired an ASMR commercial starring Zoë Kravitz during Super Bowl LIII. 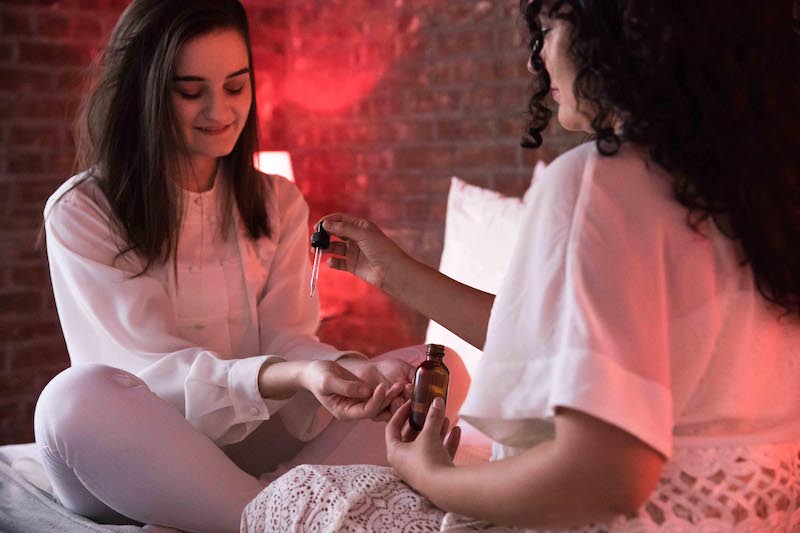 In October of 2017, Melinda Lauw and Andrew Hoepfner brought their live ASMR experience, Whisperlodge, to Los Angeles after a successful run in New York. Lauw returned in March of 2018 for a sold-out series of one-on-one ASMR sessions called Whispers on Demand, and is now back for another installment of Whisperlodge. The intimate 90-minute experience takes place in a private Silver Lake residence and will feature eight guides who lead eight guests through a variety of ASMR triggers.

Lauw herself has experienced ASMR since childhood but first learned others had it too via the YouTube videos.

“I used to watch a lot of instructional massage videos in order to feel the tingles and someone in the comments section mentioned ASMR. Once I looked it up, it was a moment of realization for me that this thing I experienced all my life has a name, that I’m not a weirdo,” Lauw said.

As someone who has also experienced ASMR since childhood, I attended Whisperlodge in 2017. In one room, a guide offered me a small, leather bag filled with a variety of materials, including tissue paper and plastic. He then asked me to select which material I wanted him to gingerly crinkle around my head. In another room, a guide asked me which of several makeup brushes most appealed to me, then gently brushed them across my face.

If you’re particularly curious, watch WhispersRed, a well-known ASMR YouTuber, go through a Whisperlodge event in San Francisco in the video below.

For this installment of Whisperlodge, creators have taken care to make sure the experience is accessible to deaf guests, offering touch and personal attention triggers, not just sound. And though the show does not require interpretation, there will be at least one cast member who knows ASL at each performance. If you attended the last Whisperlodge, know that there are two new one-on-one scenes in this one.

If you know you have ASMR, I’d say expect so many tingles you may wind up with ‘tingle immunity,’ a term associated with the temporary loss of ASMR after experiencing a lot of it. If you don’t have ASMR, this might just feel like the world’s strangest spa. And if you’re not sure, why not watch a few videos and see if you feel tingly?

WhisperLodge takes place March 13 to 17 at a private home in Silver Lake (address and directions revealed to ticket holders six days prior to show date). Tickets are $120-$150 and available here.