A drought doesn’t reverse itself in one day, or one week, or one storm… it takes a long, looooonnnnng time for a drought of epic proportions to level itself out.

Still, there is some reason for hope.

Just from last week to this, the land area in California classified by the U.S. Drought Monitor as being in ‘exceptional drought’ (D4), the most severe drought category, has dropped from 55% to 32%. Furthermore, the Sacramento River is now at it’s highest water levels since the end of 2005. And hopefully there is still more rain to come during the wet season. 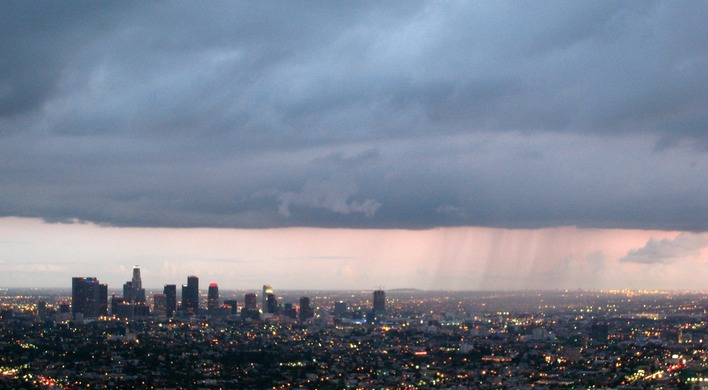 Of course despite the marked improvement, 95% of the state of California is still classified as being under severe drought with our water reservoirs at historically low levels.

Data released by NASA’s Jet Propulsion Laboratory earlier this week showed that during the peak of the drought earlier this year, water storage in the Sacramento and San Joaquin river basins was 11 trillion gallons below normal seasonal levels.

Jay Famiglietti, a researcher at the JPL, lays it out plainly, per NBC Los Angeles:

“It takes years to get into a drought of this severity, and it will likely take many more big storms, and years, to crawl out of it.”

The good news is that there’s at least now some reason for (very) cautious optimism.

In the mean time, learn how to plant a drought tolerant garden and for Pete’s sake, start employing some water saving practices in your day to day schedule.