You know those people. The ones that constantly hate on Los Angeles. And you’ve heard their criticisms.

Overpriced, devoid of culture, too much traffic, no public transportation, no seasons, just a flat stretch of concrete with a few palm trees….. and that’s not the worst of it. According to some we all fit into nifty, convenient stereotypes. Categories like self absorbed hipsters, gang bangers shooting up the hood or entertainment industry phonies who think of nothing else but our next kale smoothies and boob jobs.

But as an L.A. native with a fair bit of experience in this town, I take some serious issues with these assertions.  And it starts with how outsiders view the people of Los Angeles. 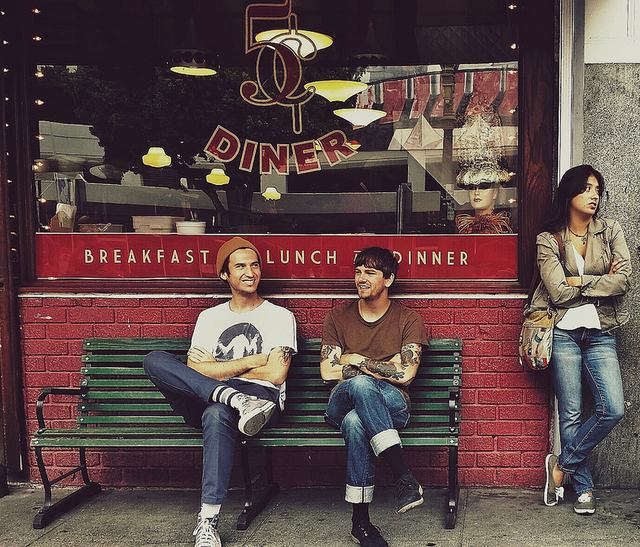 One of the biggest stereotypes about L.A. is this caricature of someone who’s looks and acts status obsessed, works (or wants to) in the entertainment industry and name drops until the point it makes you want to vomit.

According to numbers from 2012 via the chief economist of the L.A. County Development Corp. there are roughly 247,000 entertainment industry jobs in Los Angeles. Compare that to the 10,000,000 residents countywide, and you can do the math. Even if every entertainment industry worker was as phony and shallow as they say, it would still only represent about 2.5% of our population. Health care, retail, and even manufacturing out rank entertainment in L.A.’s top industries.

Moreover, use the eyeball test.

Take a look around anywhere in L.A. and be proven wrong. We’re so diverse in so many ways, it’s impossible for any singular type to personify us. Koreatown, Thai Town, Little Tokyo, Little Ethiopia… the ethnic enclaves, and hip neighborhoods (which often overlap), are perfect examples of what a lot of Angelenos are really like: diverse, hard-working, and totally authentic. You won’t see paparazzi or any TMZ tour buses stalking most of these neighborhoods, because there’s such a glaring absence of the Industry in those parts of town.

Mexican food is only the tip of the culinary iceberg. L.A. is having a food moment, but for generations we’ve had a really wide and varied range of ethnic restaurants that seem like they are only now gaining more mainstream recognition. Anthony Bourdain sums it up really well:  “L.A. is 468 square miles of something, with 114 different neighborhoods–like Venice Beach, Koreatown, Hollywood, etc., known for the people that settled there and the cuisines they serve”.

We’re so close to our food source, and have access to such a variety of ingredients, it’s not hard to achieve authenticity.  We have so much quality at our fingertips, our chefs have no choice but to offer food that is simply good. But it’s not just the ingredients, it’s the innovators who almost rebelliously eschew the old culinary standards in favor of paying homage to their own cultural roots (or better yet, explore a whole other culture’s cuisine), and present something fresh and exciting.

Part of downtown’s reemergence is because of these innovators. More high end operations like Baco Mercat, Church & State, and Bestia have been attracting attention and repeat customers. Casual joints like Wurstküche and The Pie Hole are doing inventive and delicious things by focusing on doing one thing (sausage and pie, respectively), and doing it really well.

Faith & Flower has also been garnering much deserved attention, too. Chef Michael Hung did come from a classical French, Michelin-starred restaurant, but is putting his own modern, and Asian edge to classic dishes. He, and other chefs like Roy Choi, are making food that’s a real reflection of Los Angeles: complex, culturally diverse and, of course, delicious.

3. L.A. Public Transit Sucks? Not Nearly as Much as You Think

There actually are plenty of public transit options in L.A. Our bus system is extensive and reliable. We were ranked third out of America’s ten best cities for commuting on public transit. Our bus system is extensive and reaches throughout the southland. It’s also reliable, making it a convenient and less stressful way to commute. The Metro rail system is expanding, adding yet another option in cutting across L.A. without having to endure traffic.

According to StreetsblogLA, California just awarded CalTrans $550 million for transit capital projects. With about $200 million going to Los Angeles county, we can expect expansions of the Metro system’s light rail and subway systems, and buses. It’s only getting easier to ditch sitting in traffic!

4. L.A. Has no Seasons? No, Our Weather is Just Better Than Yours

I heard a comedian say “we have seasons….the ones that don’t suck”. It’s true. Sometimes our summers have unbearably humid, 100+ degree moments, and sometimes it’s so dry, the hills catch on fire, but most of the year LA looks like a postcard. Some years our winters get just cold enough to feel like actual winter.

Except we don’t need to warm up our cars while digging them out of snow. We just hop in, and drive around with the windows down. Top down in December? You bet! Last year social media was filled with images of, and hashtags describing Christmas celebrations at beaches and pools.

But if you do want to play in the snow, the local mountains during winter months can provide that.  In less than two hours, you can be snowboarding in Big Bear or throwing around snowballs in Lake Arrowhead.

And while it does rain here, it’s rarely for more than a couple of days at a time (we could definitely use a bit more), then we’re left with bright blue skies, and drop dead gorgeous views (aka, the usual).

So in all honesty… what are you complaining about?!?!

This one basically argues against itself.

Los Angeles is home to literally dozens of world class museums and botanical gardens. LACMA, the Getty Center, the Getty Villa, the Huntington Libary, Skirball Cultural Center, MOCA, ESMoa… the list could go on for days. There are world class music venues like the Hollywood Bowl and the Disney Concert Hall. Unique neighborhoods like Chinatown, Little Tokyo, and Little Ethiopia.

Plus there’s amazing cultural hubs like Grand Central Market and Mural Mile. And each entry on this list puts our diversity on display front and center, and highlight the locals who really make this town what it is.

Beyond that, Los Angeles is still the epicenter of  what is easily the most popular form of entertainment and culture in the entire country: Film and television. Duh!

So don’t tell me L.A has no culture. On the contrary, it helps shape our culture! 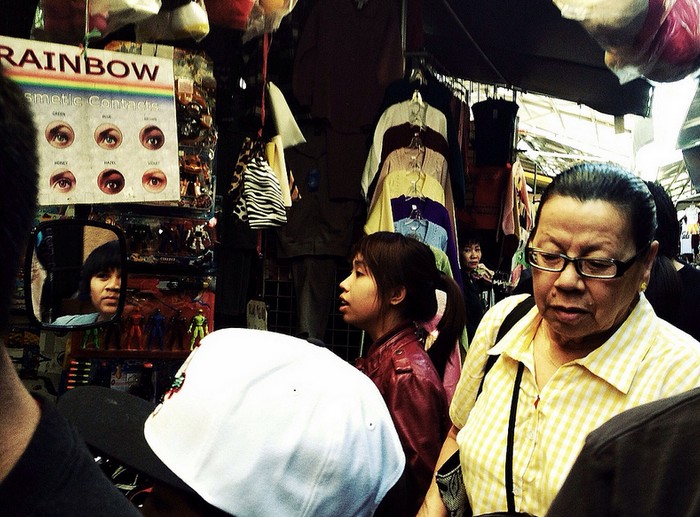 L.A. oft gets criticized because everyone is always in their car, but the blanket stereotype just doesn’t fit.

Here’s the thing: L.A. is huge. We’re known for our sprawl, and don’t have a center in the way a lot of other big cities do. But what we do have are a lot of areas that are very walkable.

For one, there’s all the recreation walking that gets done when people are exercising or exploring the city. Hiking trails, free walking tours, and outdoor retail spaces.

But more importantly, the walkability of L.A. neighborhoods is significantly underrated.

According to Walkscore.com and Curbed, Los Angeles is the 13th most walkable city in the nation (hey, not terrible!) and this is mostly due to the fact that while Los Angeles is very spread out, there are specific enclaves that are actually a “walker’s paradise” where folks can live self-sufficiently without having to access their cars for essential services.

Downtown L.A., Hollywood, Pico-Robertson, Koreatown, Harvard-Heights… all of these are at or above the high 80’s according to Walkscore.com data in terms of overall walkability. Moreover, there’s places to live like downtown Long Beach, Old Town Pasadena, and West Hollywood where you can find similarly high marks, if living in a walkable neighborhood is really a high priority for you.

The truth is many residents are choosing to make travel by foot a major part of their everyday routine, it just goes highly unnoticed.

I know, I know… it’s tough to say L.A. isn’t expensive when a one-bedroom averages over $1600… and yet you can help offset that cost by taking advantage of the insane amount of free things to do here.

Are you an exercise enthusiast? Hiking is free, healthy, fun, and we have some great places to do it. Yes, there are the touristy spots like Runyon Canyon or the Hollywood Sign, But from Malibu to Diamond Bar, there are countless trails for any fitness level whether you’re looking for breezy easy or perhaps something a bit more challenging.

Museums? There’s more than 30 museums in the county that are free or have free days for you to explore.

Like music? Free or discounted performances are nearly endless in L.A., and with all these hopefuls trying to hit it big, there’s a lot of undiscovered talent out here. Why not check out Mondays nights at Satellite in Silverlake, which have been free since it was Spaceland, or free shows at Amoeba Records, or even just enjoying the Grand Performances that are put on every summer in DTLA.

And if if you need to shake it, free and cheap covers can be found at bars and dance clubs aplenty. One of the best is Dub Club at the Echoplex in Echo Park. It’s a Wednesday night standard, and a reggae institution. Usually free before 10 pm, sometimes there’s a $5-15 cover charge, depending on the DJ or band featured. In September, ska legends The Skatelites played for a mere $15 cover charge.

If comedy is your thing there are literally dozens of free monthly and weekly shows, including Upright Citizens Brigade and the iO West, which have multiple shows nightly that range from $10 to free. And while you’re watching someone who could be the next Jack McBrayer, Jack himself may just pop in and take his turn at the mic!

The point is, free stuff is abound… if you know where to look. And finding things to do that truly enrich your life doesn’t have to empty your bank account.

The bottom line… L.A. is more than just a pretty face.  In fact it’s more than any one thing.

It can be overwhelming at first, but once you settle in and take a look around, you’ll find out that we have substance and depth… more than most would give us credit for.

And the best part is the fun you’ll have peeling the layers and discovering it for yourself.