Cinespia will be hosting special screenings throughout the (slightly) chillier months at historic theaters located around Downtown Los Angeles. The creepy and kooky ’90s cult film Adam’s Family Values will kick off the movie series, which begins on Nov. 26 at the Palace Theatre. 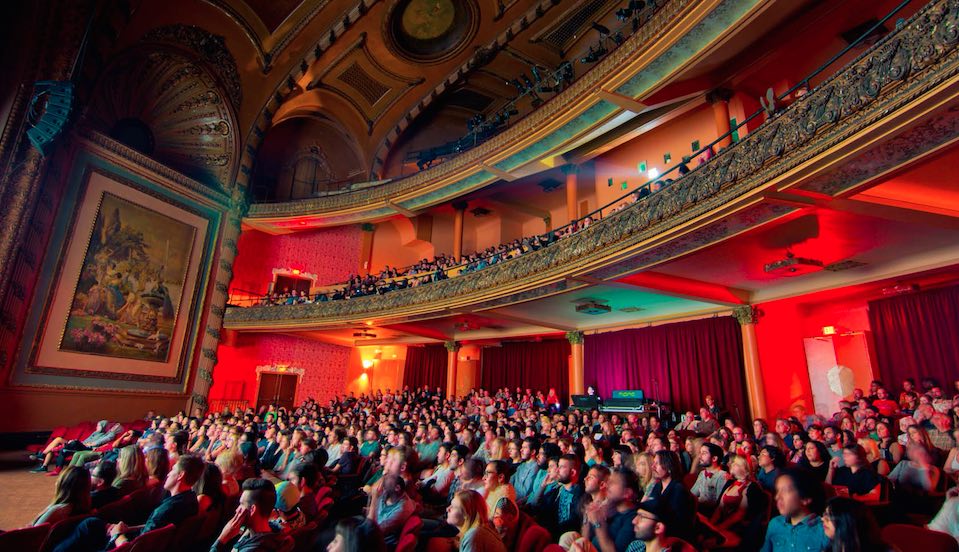 A Cinespia screening at The Palace Theatre. Photo by Kelly Lee Barrett for Cinespia

General admission tickets cost $20, and premium seating is $45, which allows you to skip the ticket and photo booth lines, while also including one photo booth print.

The next planned screening for the series is the Stanley Kubrick classic The Shining, starring Jack Nicholson, to be shown on Dec. 17 at the Los Angeles Theatre.

Dress code is elegant/formal attire, and a jacket and tie are required for men.

Tickets for The Shining screening and party are priced at $24 for general admission and $60 for premium seating.

And, of course, if any new screenings are added to the winter schedule we’ll be sure to update this post.