Need stuff to do this month in Los Angeles?

We looked ahead on our calendar to focus in on some of the best events happening in March around Los Angeles that you should probably have on your radar. After all, better to get your tickets now than wait till the last minute and find out your favorite event is sold out.

Our complete rundown starts after the jump.

[RELATED: Here’s a Cheat Sheet of Free Museum Days in L.A. For March] 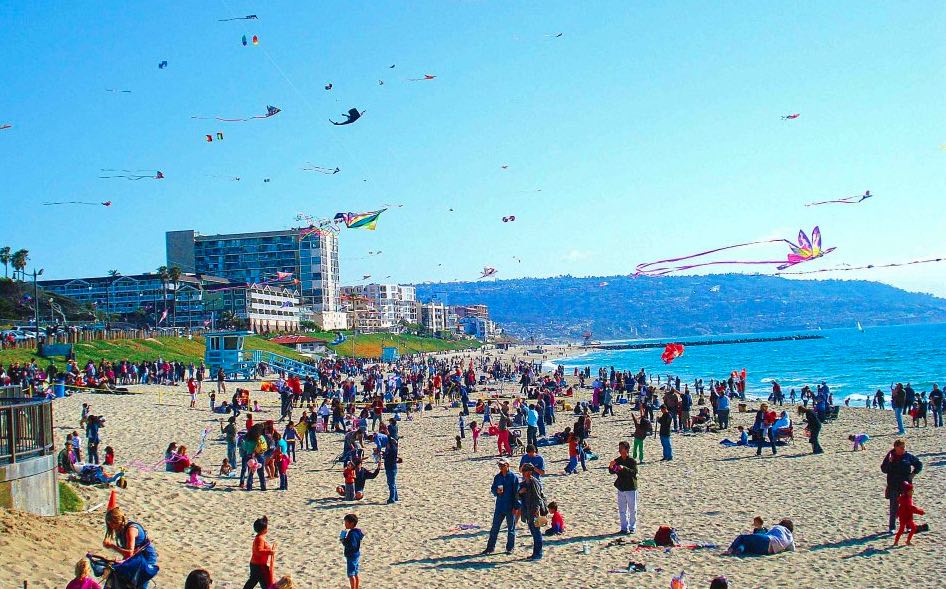 For one weekend only, The Big Lebowski fans can celebrate the cult classic film with live music, special guest appearances, costume contests and more.

Dreams do come true — assuming your dreams include beer and sumptuous potato dishes. The Tater Tots & Beer Festival comes to the La Brea Tar Pits and Museum on March 4th for the best sampling of domestic, imported, and crafted beers paired with mouth-watering tater tot creations.

Experience the Cherry Blossom Festival at South Coast Botanic Garden in Palos Verdes Peninsula for an afternoon of hula and ukulele performances, beautiful nature and more in honor of the Japanese American culture.

Friends, families and kids are invited to roam the streets of Pasadena, Irwindale, Arcadia and other S.G.V. neighborhoods for a full day of activities and fun.

All-Star Chef Classic returns for its now fourth year at L.A. LIVE. This four-day culinary experience showcases some of the most well-respected and award-winning chefs from around the globe.

Celebrate the arts, listen to some live tunes and dance the night away at over 15 venues. Free shuttle transportation available throughout the night.

Sample craft beers and cider, grab a bite from some of the best local food trucks and watch the race from the sidelines during Santa Anita Park’s Big ‘Cap Beer & Cider Festival.

Friends, families and book enthusiasts are encouraged to stop by for a full afternoon of readings, performances, special appearances and other activities.

The 43rd Annual Redondo Beach Kite Festival returns to the Redondo Beach Pier on March 12 for an all-ages free afternoon of kite-flying and fun.

PaleyFest L.A. is back on March 17 with a ten-day run panels bringing together actors, producers and directors of some of the most popular shows in the Television and streaming content universe.

The Arcade Expo comes to the Museum of Pinball in Banning March 17th through 19th for a weekend of gaming, art, and the culture that surrounds this world.

Casey’s St. Patrick’s Day Street Festival comes to Downtown Los Angeles on March 17th for the ultimate celebration of the greenest day of the year.

In honor of J.S. Bach’s birthday, Bach in the Subways returns to L.A. with free performances at Union Station, Hollywood/Vine and other public venues.

The East San Gabriel Valley Cherry Blossom Festival comes to South Hills Plaza in West Covina on March 18th for a day of food, entertainment and much more!

16. Game of Thrones Live Concert Experience at The Forum (March 23)

With an 80-piece orchestra and a 360-degree stage, composer Ramin Djawadi is leading a live in-person experience with music from the popular HBO series.

17. Sleepless: After Hours at The Music Center (March 24)

The Music Center’s signature late-night event is back this March! The spring edition of Sleepless includes large scale oceanic projections and ambient music in the plaza,  an installation surrounded by musical compositions performed by professional whistlers, a virtual reality experience designed by Kate Parsons, the Founders Room dance party, and much more.

For once, you can leave your car, Uber, and Lyft ride behind. CicLAvia: Culver City Meets Venice returns to Los Angeles on March 26th for a fan-favorite route through Culver City, Mar Vista, and Venice on your alternative set of wheels.

LA Weekly Presents The Essentials at the California Market Center on March 26 for an afternoon of munchies and sips from L.A.’s most highly regarded restaurants and wineries.

Be sure to check the We Like L.A. Events Calendar for updates on fun things happening around the city throughout September. You can also sign up for our daily/weekly newsletter if you want events sent straight to your inbox.